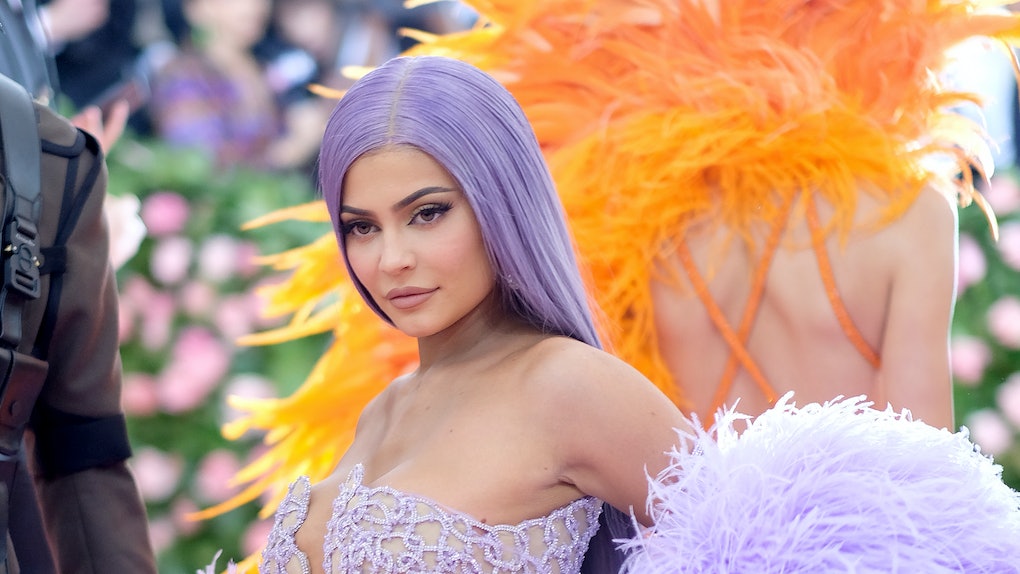 If I suddenly won the lottery and had, like, a billion dollars to throw around, my first phone call would be to Kylie Jenner's team of stylists. Because the youngest Kar-Jenner sib looks so amazing, y'all. And while I'm not in the market for lip injections — which KyKy has previously copped to getting — I would pretty much kill to score a sesh with her makeup artist, her hair extension person, and her cosmetic dermatologist. Because the Keeping Up With The Kardashians star's current bestie Stassie Karanikolaou turned 22 on June 9, and Kylie Jenner's throwback photos of the two of them that she shared in honor of the big day reveal that she used to look pretty different, you guys. Not better or worse, mind you. Just different.

Some background: Stassie and the makeup mogul go way back. Like, back to when wearing velour Juicy Couture tracksuits around town all day was a thing. And for some reason, in celebration of this friendship, KyKy decided to turn her home into Gilead over the weekend and throw Stass a Handmaids Tale-themed birthday bash. Weird flex, but OK. Or not OK, but completely tone deaf and actually kind of disturbing, depending on how you look at it.

Anyhoo, in addition to hosting the controversial bash, Jenner hit up Instagram to share a ton of adorable old pics of herself and Stassie though the years, and OMFG the reality star's metamorphosis is so major. I mean, her glow up is just so real. Or maybe it's not. I don't know if Jenner's actually had any work done besides her lips. But like I said, if I suddenly came into a billion dollars, I'd ring up her team of stylist real quick, and the first person I'd hit up would be Kardashian fam's fave cosmetic dermatologist Dr. Simon Ourian. Because he's a legit wizard who can magically sculpt your face with fillers so you look completely different without ever going under the knife.

Now, onto the pictures.

OK, so here's what Stassie and Kylie look like now:

And here is what they looked like back when they first met years ago at a Barnes & Noble:

Let's take a look at another old shot of the girls:

Aww, they were both so adorable. Even so, fans couldn't help notice the transformation both women have undergone through the years, and they all pretty much had the same thing to say about it over on Twitter.

Let's check out a few more shots so y'all can see the amazing changes in action:

Yup, they look pretty different. And again, I don't know whether Jenner's had more work done or not. But either way, I think it's pretty cool that she decided to share all of these pics with her 137 million followers. She could have easily just selected the more recent shots that showed her with her lip injections, curvy body, and more chiseled nose. But instead, the reality star chose to open herself up to public scrutiny by sharing all the pics, because apparently, she just DGAF.