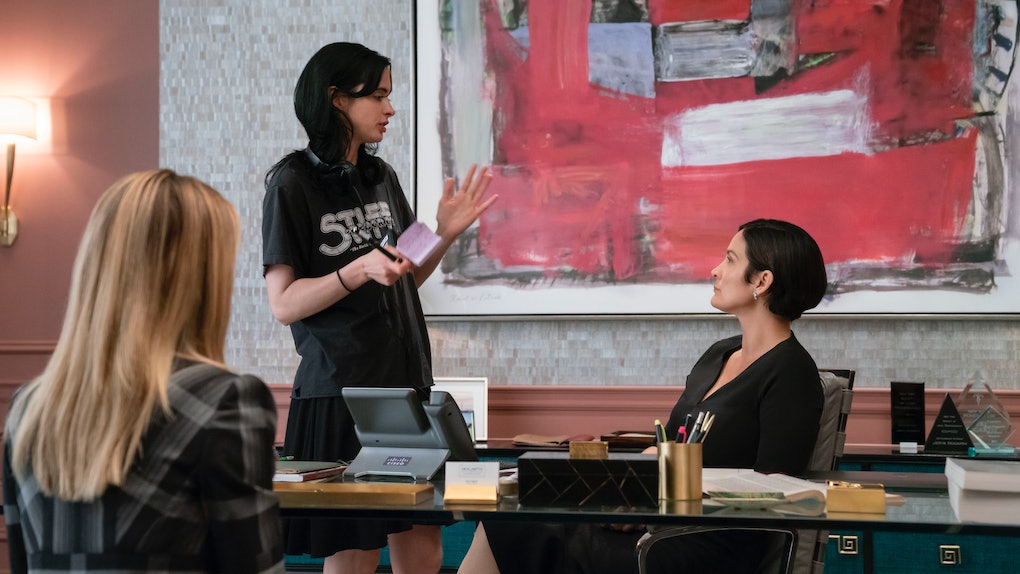 Jessica Jones' final season arrives on Friday, June 14, the last of the Marvel TV series created in conjunction with Netflix to sign off. Season 3 promises to bring the events of the first two seasons full circle, and complete a trilogy initially dreamed up by showrunner Melissa Rosenberg. But this final season of Jessica Jones is not just a swan song for the character, but a step forward for the lead actress, who sat in the Director's chair for the first time this season. Krysten Ritter's video about directing Jessica Jones Season 3 is a remarkable look into how much care she put into this final round of the series.

One might argue Ritter did not know this season of Jessica Jones would be her last when she signed on to direct. But Rosenberg had announced long before the cancellations started at Netflix that this was her final season as showrunner, and so Season 3 was already planned to function as an ending of sorts. That it also marks the end of The Defenders experiment at Netflix is merely a bittersweet coincidence that will make the show's ending more emotional than it already is.

As the synopsis for this video reads:

Krysten Ritter takes on double-duty as she steps into the Director's chair in the final season of Marvel's Jessica Jones. Krysten and her co-stars reflect on the powerful journey that lead her from playing a superhero, to directing her first episode.

Just from the looks behind the scenes, this is going to be an emotional journey for everyone, both in front of and behind the camera. According to Netflix, Ritter directs the second episode of this final season.

Note what Rachael Taylor says about working with Ritter on the episode she directed. "No other director knows what it's like to originate a superhero character." For fans who have been wondering if Season 3 would bring Patsy Walker's "Hellcat" superhero persona to the fore, this is as close to a confirmation as fans are likely to get ahead of the show's premiere. In fact, it sounds like the episode Ritter directed is the one where Walker finally steps up and becomes Hellcat once and for all.

(Also, I really love getting to hear both Rachael Taylor and Eka Darville's natural Australian accents. It's easy to forget both are not from America since they have such believable accents on the show.)

As for what Jessica and Trish will be facing this season, the synopsis threatens a brand new "psychopath" who will be trying to invade Jessica's nightmares.

When Jessica (Krysten Ritter) crosses paths with a highly intelligent psychopath, she and Trish (Rachael Taylor) must repair their fractured relationship and team up to take him down. But a devastating loss reveals their conflicting ideas of heroism and sets them on a collision course that will forever change them both.

Jessica Jones Season 3 will arrive on Friday, June 14, with 13 one-hour episodes, and will mark the end of the Marvel series of interconnected shows on Netflix.

More like this
Who Is Cleo On 'Outer Banks'? Carlacia Grant Is New To Season 2
By Ani Bundel
Shonda Rhimes' Quote About Regé-Jean Page Leaving 'Bridgerton' Is SO Shonda
By Rachel Varina
'Never Have I Ever' Season 2: Release Date, Cast, Trailer, Photos, & More
By Ani Bundel
Stay up to date