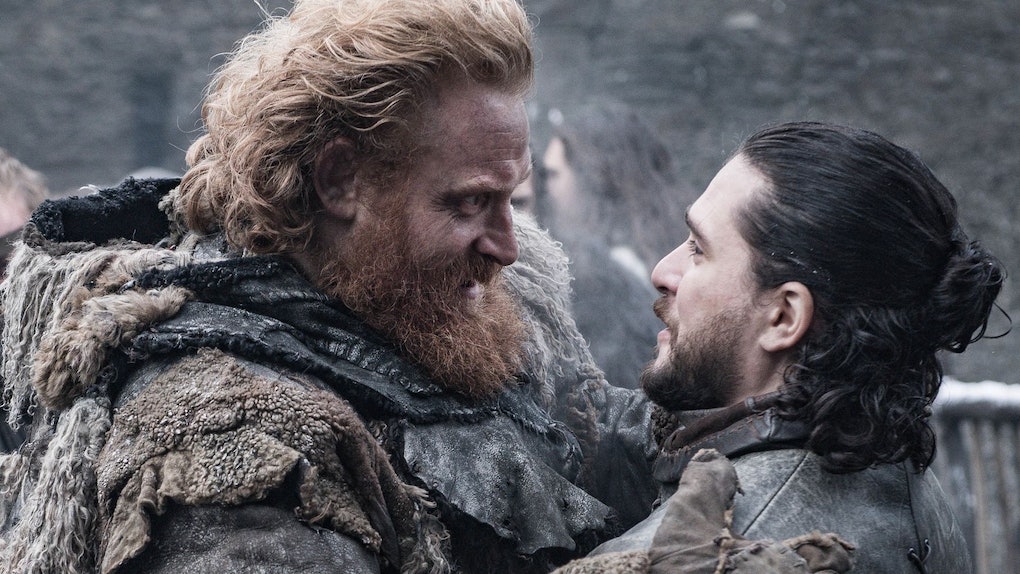 Last season, HBO began a secondary series to accompany Game of Thrones, called "Game Revealed." It aired after the season was over, one week per episode deep dive This season, perhaps recognizing such a thing won't hold up after the series finale, HBO is releasing them the morning after the episode airs. Most of them have been 15-20 minutes long, but the one for "The Long Night" is 40 minutes, longer than an episode of Barry. It's also full of great behind the scenes tidbits like the fact that Tormund died in some takes for "The Long Night" during the final fighting sequence.

The ratio of who lived and died on "The Long Night" has been an issue with fans this week. In the end, seven mid-level to major characters died, but that doesn't seem to have been enough for some viewers. (I guess a Game of Thrones battle episode with less than eight deaths is considered a dull affair.)

That being said, their complaints aren't entirely off base. After all, it is hard to believe that Sam Tarly fell into a pile of a dozen wights and, instead of dying, just lay there in tears. Brienne and Jaime were up against the wall with hundreds of wights coming at them and miraculously survived. Tormund stood on a pile of bodies and magically never was taken down

Well actually, according to the actor, Kristofer Hivju, he was taken down. Several times.

Hivju's revelation isn't the only gem tucked away in this sprawling look at how the show pulled off the longest fantasy battle ever committed to screen, either large or small. Another hilarious moment, Peter Dinklage agreeing with damn near everyone from last week that the idea of putting the women and children in the Winterfell crypt maybe wasn't the sharpest of choices. (But then again, where else could they go?)

There's also a clip Sansa fans won't want to miss. The cut of the episode that aired showed Tyrion going to take on the wights and Sansa staying behind. However, in several alternate takes, Sansa dives out as well and starts killing those hurting her people. It's unfortunate it didn't make it into the final version, but it is something fans can hope will make the extended edition.

And finally, those who have been watching along with these "Game Revealed" clips will have noticed the behind the scenes interviews with actors have shows some pretty mysterious outfit choices and background settings. I ran through the ones last week, which included Sansa actress Sophie Turner wearing something that looked like the late High Sparrow picked it out. She's not the only one it turns out. Arya actress Maisie Williams is in the same spring-like location in similar attire:

It's not just the Stark women dressed this way either. So is John Bradley, who plays Sam Tarly.

What could it mean? And why isn't Bran dressed that way?

(Also, does this mean Bran goes south to wherever this location is? Does he travel in the carriage Tyrion and Varys arrived in?)

There are still many questions heading into the rest of the season. At least this "Game Revealed" episode will help pass the time until next Sunday.