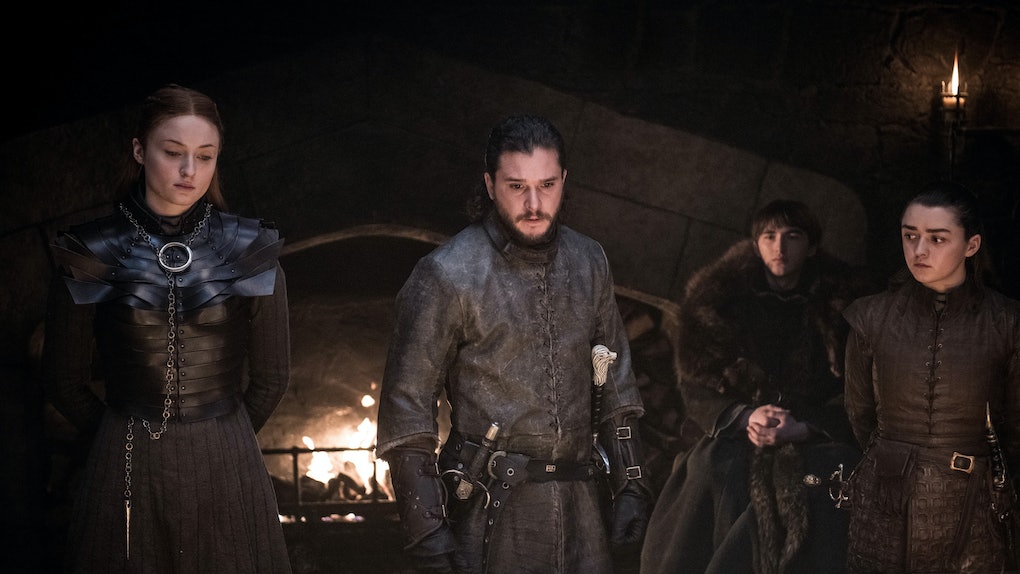 Game of Thrones has always done in-depth videos as part of the show. These "Inside The Episode" segments are actually done for several of HBO's dramas, including shows such as True Detective and Westworld. Due to the popularity of Game of Thrones, there are two aftershow deep dives for Season 8, "Inside The Episode," and a second "Game Revealed" segment with the cast and crew. However, the Game Of Thrones Season 8 Episode 2 “Game Revealed” segment may have committed an accidental blunder, giving away spoilers for down the line.

When the show records these "behind the scenes" deep-dives, instead of doing it in, say, a dressing room, or with the actor or actress in street clothes, many times the segment is recorded on set, while the person is in costume, in between takes. This has caused minor spoilers to come out before. For instance, in Season 6, both Natalie Dormer (Margaery Tyrell) and Finn Jones (Loras Tyrell) were featured in a segment after Episode 4, discussing their imprisonment with the High Sparrow. Dormer is dressed in her outfit from the finale, giving away a plot point, while Jones has his head shaved, showing he would eventually confess and surrender to the High Sparrow.

Much like that segment, this week's "Game Revealed" shows several of the actors in outfits and locations that might raise eyebrows. Keep your eyes peeled.

The most obvious of the group is Sansa, who this week was dressed in black armor, with her hair worn long. Compare that to this:

Now, to be fair, she could be half out of costume here. (Note the hair tie on her wrist). But the hair is braided in a way the series hasn't shown, and the outfit feels oddly Faith of the Seven style puritanical.

But more importantly, where is she?

Wherever she is, at least three other characters are there with her. First and foremost, her protector, Brienne.

Also seemingly having made it to a dream of spring: Davos! Both Cunningham and Christie look to have filmed in the exact same spot, in fact.

Maisie Williams, who plays Arya, is not interviewed in this segment, but Joe Dempsie is, who plays Gendry, and he too is far away from Winterfell.

Meanwhile, Peter Dinklage, aka Tyrion, does not do an interview for this segment, but here's actor Nikolaj Coster-Waldau, aka Jaime Lannister. He's out of armor and into a brand new outfit, sitting in a place that looks suspiciously like Cersei's chambers. It's definitely King's Landing.

No telling where this is, but it looks cold and dark. Dragonstone? The Wall?

Wherever it is, looking like Kit Harington, aka Jon Snow, is there too.

As for the rest, there are two interviews with characters who are definitely sitting on set at Winterfell: Kristofer Hivju (Tormund) and Daniel Portman (Pod).

Now that doesn't confirm these two characters never make it out of that set alive. But with characters certain to die next week, it's a bad sign.