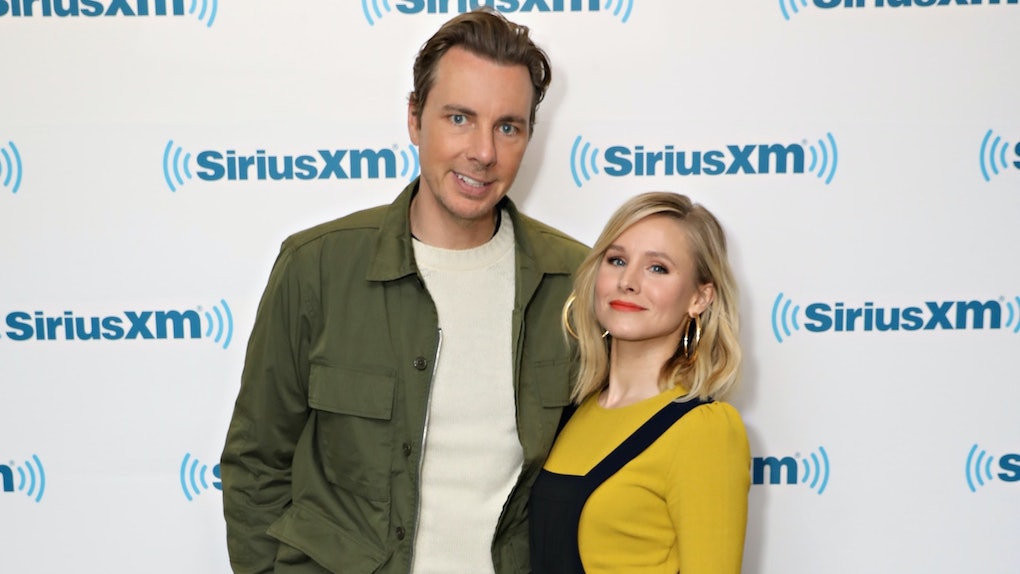 Kristen Bell and Dax Shepard's playfulness is one of the reasons so many people are fans of the couple. Now, they're bringing their competitive spirit to TV screens with a new show called Family Game Fight, which will pit them against one another as two teams face off in various challenges. If you're excited to see more of Bell and Shepard's competitive dynamic, here are all the details about Kristen Bell and Dax Shepard's Family Game Fight show:

Over the years, Bell and Shepard have become It turns out, games are a big part of that. The duo memorably made a Settlers of Catan game their Golden Globes afterparty in 2017 and have spoken about how trading date nights for game nights has helped keep their relationship so strong all these years. In a statement announcing Family Game Fight, Bell revealed she and Shepard fell in love while at a game night together.

Given their passion for games of all kinds, it just makes sense Bell and Shepard would be the perfect hosts (and competitors) for NBC's new game show Family Game Fight. The couple announced the series on The Ellen DeGeneres Show on Wednesday, March 3, revealing DeGeneres will be an executive producer.

The series will pit two families against one another, with Bell and Shepard splitting up to each join as a member of one of the teams. In the show's announcement, Bell emphasized that families aren't restricted to direct relatives — groups of friends, coworkers, or other close social circles can also join in on the Family Game Fight fun. Casting is currently underway for contestants, so like, get on it.