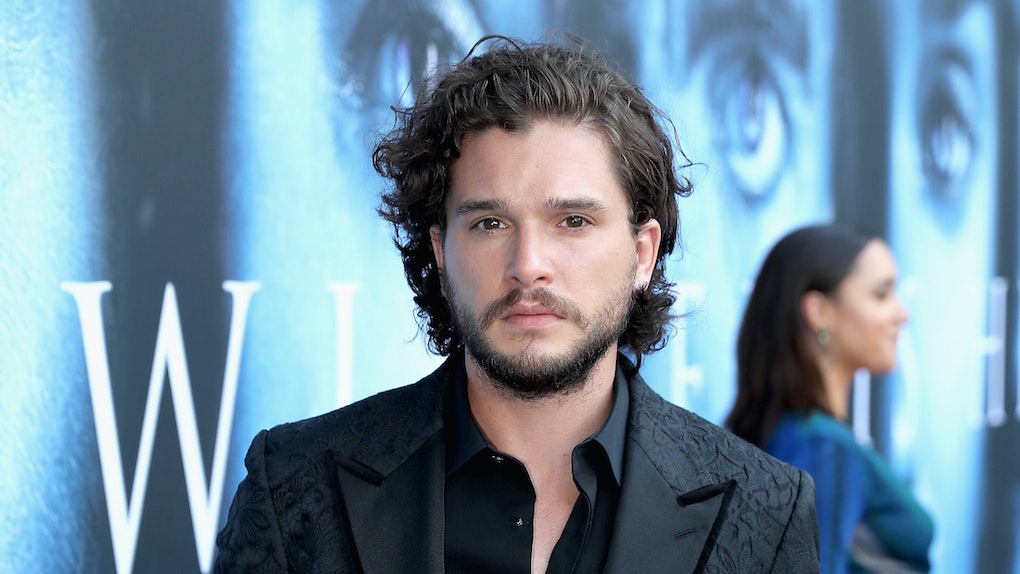 Kit Harington Was Told Jon Would Kill The Night King On ‘Game Of Thrones,’ But That Didn’t Happen

Sometimes, the way a television show unfolds can come as a surprise even to the actors themselves. That's exactly what happened to Game of Thrones' Kit Harington when he found out how the Night King wound up dying in the HBO series, and in a new interview, Maisie Williams told the story. According to her, Kit Harington was told Jon would kill The Night King on Game Of Thrones.

Of course, that's not exactly what happened. Williams' character Arya Stark was ultimately the one who slayed the ice lord in the fantasy epic's final season, but in a Sept. 4 interview with The Hollywood Reporter, she spoke out about original game plan for his demise.

"And then he read the script, and it was Arya the whole time," the actress added, before saying she's happy with the way the story went down. "Yeah, I think it would’ve been too obvious. I’m glad that it was Arya, honestly. I think I had the best storyline of the final season."

In the same interview, Williams opened up about the differences between filming Game of Thrones, and her newest movie, The Owners.

"Being part of a psychological thriller or a horror is always somewhat hyperreal," she explained. "I did like that we didn’t have any green screens. A lot of the emotions are a lot more realistic and a lot more pared back. I had really missed that, and so I was glad to be able to just do a lot of really interesting dialogue scenes and see the power dynamics between two people and how that can play out when there aren’t any weapons involved."

The Night King may not have died at Jon Snow's hand, but for fans who are missing Game of Thrones big time, any new intel about the show is always welcome.