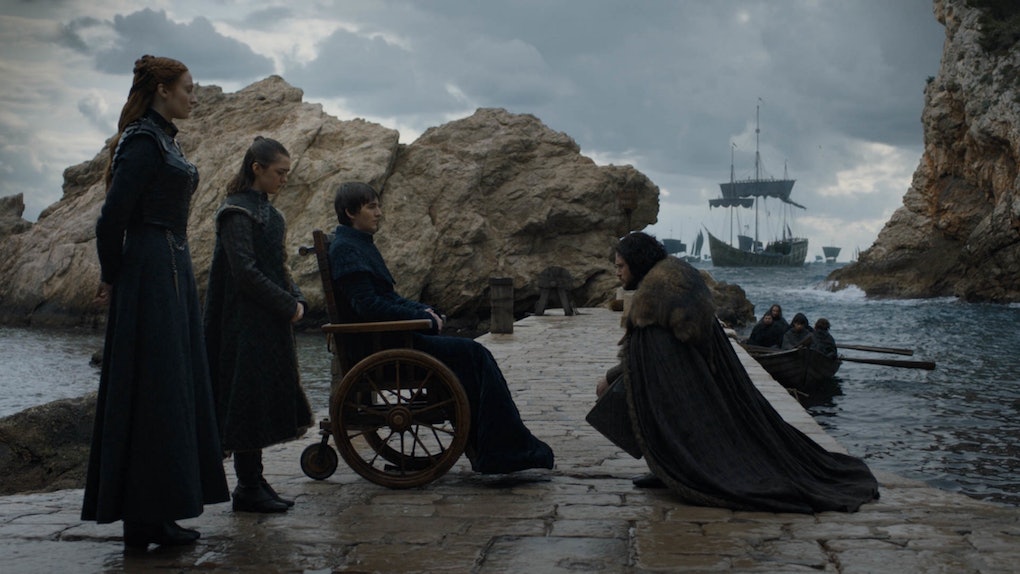 Game of Thrones' ending came as a shock to fans back in May of 2019. Not because it was over, everyone knew that was coming. It was how it ended, with an abrupt about-face by Daenerys Targaryen, who died at the hands of Jon Snow. For fans, it was a hard twist to swallow. The question was, why? How did Jon's decision make sense in the grand scheme of the story? With the Emmys just around the corner, actor Kit Harington explained why Jon Snow killing Daenerys on Game of Thrones was the right choice, and how it represented the story coming full circle.

One of the massive reasons fans freaked out over Jon Snow's decision is that it seemed to negate a critical plot point viewers had held onto from the show's early seasons. Jon Snow was a Targaryen himself. The mystery of his birth had spawned literal thousands of Reddit threads and fan theories. Viewers puzzled over if Jon was the son of Rhaegar Targaryen, and how that could be massaged into giving him the Iron Throne.

And yet, when it came time to take down the only person who stood in his way, Jon's Targaryen heritage didn't seem to be worth a hill of beans. According to actor Kit Harington, that's because his choice was based on turning his back on that blood.

In an interview with The Hollywood Reporter about his time playing Jon Snow over the past decade, Harington talked about how the theme of Game of Thrones was, in the end, about choosing your family.

It was said a long time ago, and I agree with it, that Thrones really is about dysfunctional families. It's about mothers, brothers and sisters, but it's also about how far your blood will stretch in your decision making. That's the ultimate choice Jon is left with. He's faced with someone he loves as his lover — who he is related to — but his loyalty is with the people and the part of the world where his roots are, the people who raised him. As much as he was an outcast from that group as a bastard, and even though Jon became the legitimate heir to the throne, he will always be of the North. He'll always be a bastard of the North.

Harington's take on Jon Snow's fate tied into this choice. Turning his back on his Targaryen blood was walking away from the ties that bind. To be a Stark, and to go to the Wall, was to return to where he belongs, finally free.

[S]eeing him go beyond the Wall back to something true, something honest, something pure with these people he was always told he belongs with — the Free Folk — it felt to me like he was finally free... As much as he had done a horrible thing [in killing Daenerys], as much as he had felt that pain, the actual ending for him was finally being released.

Game of Thrones is nominated for a record 32 Emmys, including Outstanding Lead Actor in a Drama for Harington. The Emmys air on Sunday, Sept. 22, 2019, at 8 p.m. ET on Fox.

More like this
This 2021 'Game Of Thrones' Season 8 Trailer Is So Confusing... & So Good
By Ani Bundel
8 Theories About The 'Gossip Girl' Reboot That Simply Must Come True
By Rachel Varina
'Cobra Kai' Season 4: Netflix Release Date, Cast, Trailer, Plot, & More
By Ani Bundel
Stay up to date