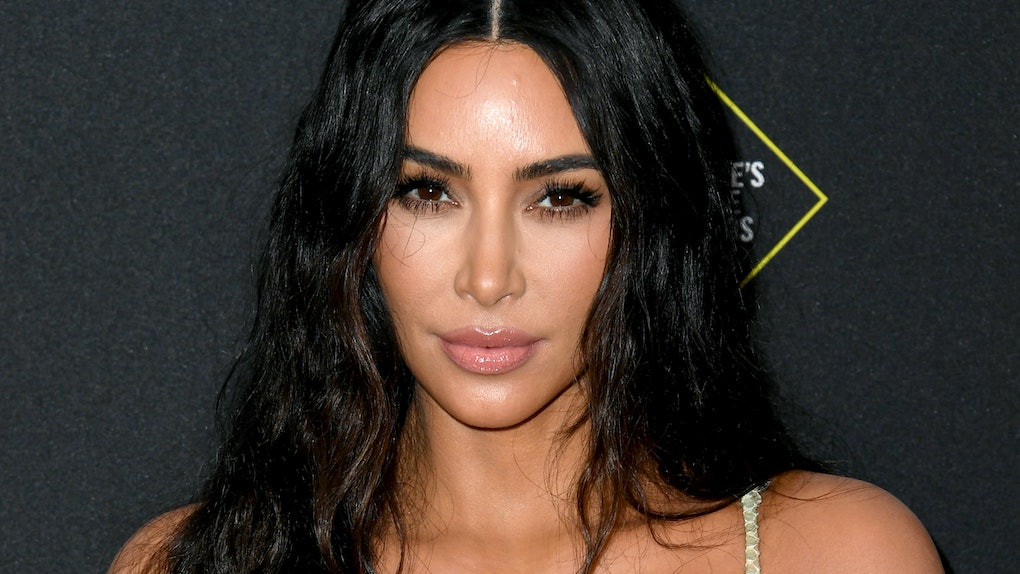 Fans were in literal tears after Caitlyn Jenner was booted from British television show I'm A Celebrity...Get Me Out Of Here!, but the KarJenners are now insisting the show amped up the drama big time. In case you missed it: The entire KarJenner clan came under fire for not supporting Caitlyn on the show or meeting her on "the bridge" as she made her exit. Now, Kim Kardashian's response to rumors she snubbed Caitlyn Jenner explains everything.

It's good there's an explanation for all this, because fans were fuming. Like, really fuming. Some even went as far as to call the Kardashians a "disgrace" for not supporting Caitlyn on the TV show.

Kim took to Twitter to give fans the low-down on the drama, but it was actually Brandon Jenner who spoke out first. Caitlyn's son apparently replied to a fan DM asking why he didn't meet Caitlyn on the bridge.

“Honestly, nobody reached out to set it up! I think it might have been a 'storyline' the producers wanted to fabricate in order to get more empathy for Caitlyn. That's kind of how TV works," he explained, according to a fan screenshot.

Kim agreed with Brandon's message, and even chimed in herself.

"Exactly what Brandon said!!!! NO ONE from I’m A Celeb even reached out and asked for letters, appearances or anything from any Kardashians or Jenners," she wrote in a Dec. 10 tweet.

It's nice to hear the KarJenners didn't actually snub Caitlyn. In fact, Kylie and Kendall Jenner did just the opposite. When their dad returned home from her TV stint, she was met with the ultimate surprise.

Kendall and Kylie decked out the entirety of Caitlyn's living room with balloons, including several silver balloons that spelled out "welcome home." The sweet display was so thoughtful, Caitlyn shared it with all of her Instagram followers.

Now that Kim has shut down rumors she snubbed Caitlyn, and Kendall and Kylie pulled out all the stops to welcome her home, they seem to be back in the good graces of fans.

However, not everyone was convinced by Kim's response.

Regardless of what side fans are on when it comes to this topic, at least Caitlyn is finally home safe and sound from the jungle. Carry on, Twittersphere.