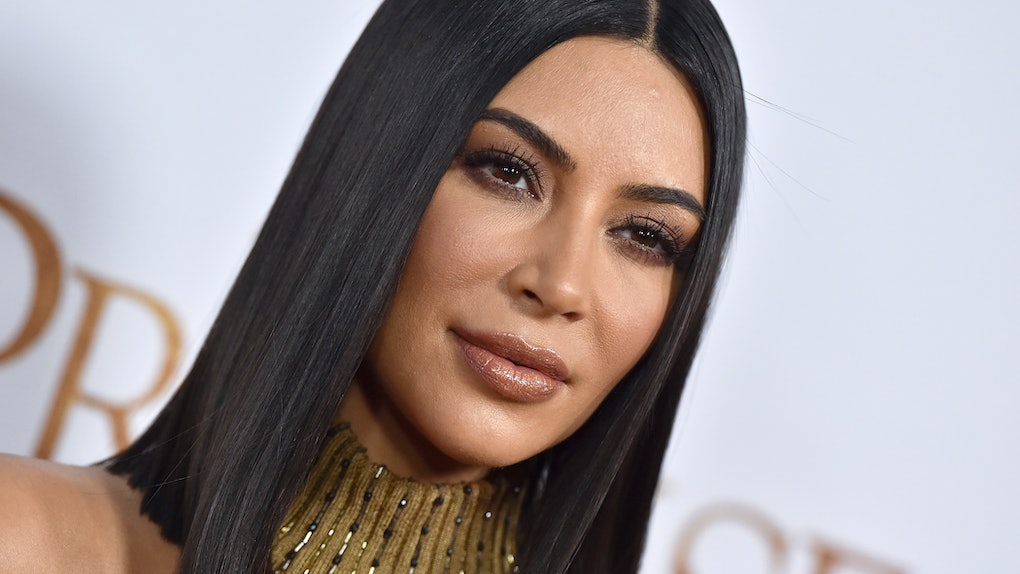 Bridgerton has become a pop culture phenomenon, garnering over 82 million views on Netflix since its premiere in December 2020. It's become so popular celebrities like Mila Kunis, Drew Barrymore, Gabrielle Union, and Jonathan Van Ness have become fans. Now, Kim Kardashian has joined the bandwagon because on Sunday, March 28, she took to her Instagram Story to reveal she started watching the series. Kim Kardashian's reaction to watching Bridgerton for the first time captures everyone's feelings getting hooked on the drama.

The star shared her reaction on Instagram, where she tagged her friends Stephanie Shepherd and Tracy Romulus, revealing they had a girls' night and watched Bridgerton.

In case you haven't watched the show, which is based on the popular book series by romance author Julia Quinn, here's what you need to know: It takes place in Regency-era London in 1813 and follows the Bridgerton and Featherington families during "the season," which is an annual event where elite families would host formal parties in an effort to find their children suitable partners. Of course, there's lots of drama throughout it all, and the events are all told through the perspective of a mysterious gossip columnist named Lady Whistledown. "All is fair in love and war," she says during the Bridgerton trailer, which you can watch below.

Judging by Kardashian's Instagrams, she got about four episodes into the series when she had a major fangirl moment that involved Daphne Bridgerton and Simon Basset catching feelings for each other. "It's finally happening!!!" Kardashian wrote alongside a photo of her TV screen showing the two characters (played by Regé-Jean Page and Phoebe Dynevor) standing beside each other. "I'm not ok!!!!" she wrote next to another picture of them dancing. "What is happening?!?! I'm not crying!"

Soon after, Kardashian became a full-fledged fan. "I can't quit you @bridgertonnetflix," she wrote. Fans found the moment so relatable.

Due to the series' popularity, Netflix announced on Jan. 21 Bridgerton will return for Season 2 and production is set to begin this spring.

Thankfully, this means fans can likely expect more videos of Kardashian reacting to the show on Insta.