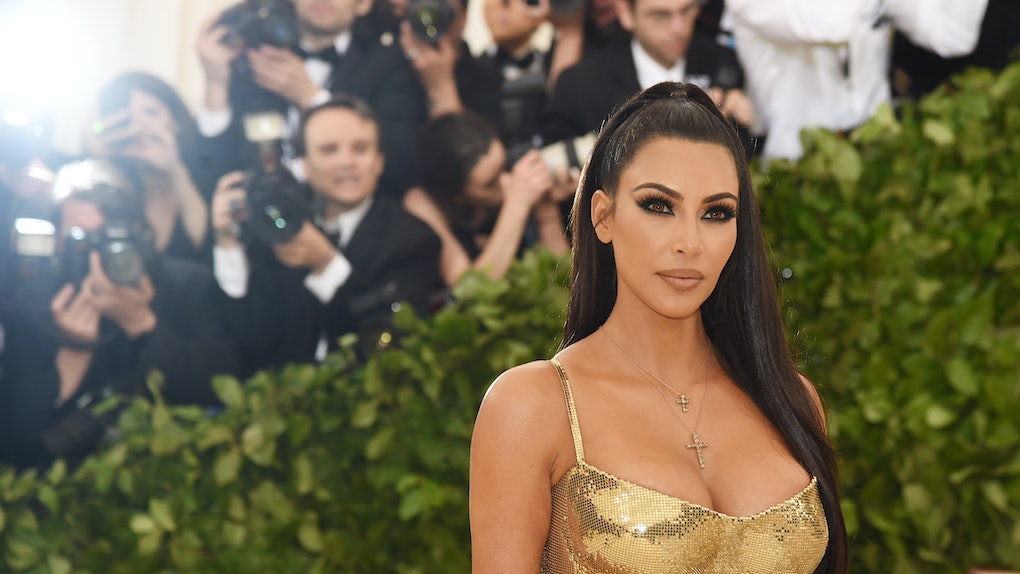 The baby’s name, according to Kardashian's recent Instagram, is Pslam West! Doesn’t that go so well with West? And it fits perfectly with all the other kids’ names as well, and it's totally on-brand for the Wests. According to babynames.com, the name "Psalm" means "song." Pretty perfect, huh. Judging by this name, it seems like Kardashian and her husband Kanye West really do love to get creative with baby names.

On May 17, Kim posted this Instagram announcing the baby's name:

It's an adorable text from Kanye, simply captioned "Psalm West."

During her appearance on Watch What Happens Live, though, she said for certain that she was expecting a boy.

“It’s a boy, I think it’s been out there,” Kardashian said. “I got drunk at our Christmas Eve party and told some people. I can’t remember who I told because I never get drunk.”

I guess she won’t be getting drunk at any other parties lest she spill the beans about other secrets she’s holding on to!

In a Jan. 3 report from People, a source close to the situation revealed that Kardashian and West had always wanted to have a fourth child.

“Since they had another embryo, Kim and Kanye always knew they wanted to try and implant that embryo too,” the source said. “They hoped to work with the same gestational carrier, but it didn’t work out this time. They are working with a second carrier now that is pregnant and will give birth in the spring.”

And, as it turns, all of that was true. Now the baby is here and there’s no turning back! So, why the surrogate for Kardashian? Well, she used one for Chicago as well. But the underlying reason is that she had difficult pregnancies for North and Saint.

Back in 2017, People reported that Kardashian wrote about her difficult pregnancies and a life-threatening condition called placenta accreta on her app.

“My doctor had to stick his entire arm in me and detach the placenta with his hand, scraping it away from my uterus with his fingernails,” Kardashian wrote of her experience giving birth to North in 2013. “My mom was crying; she had never seen anything like this before. My delivery was fairly easy, but then going through that — it was the most painful experience of my life!”

So, it seems that Kardashian just wanted to be safe for her last two babies, which is totally understandable. And hey, it looks like using a surrogate has really worked out for Kardashian and West. I mean, now they have four healthy, beautiful children and their family is complete. So happy for them!