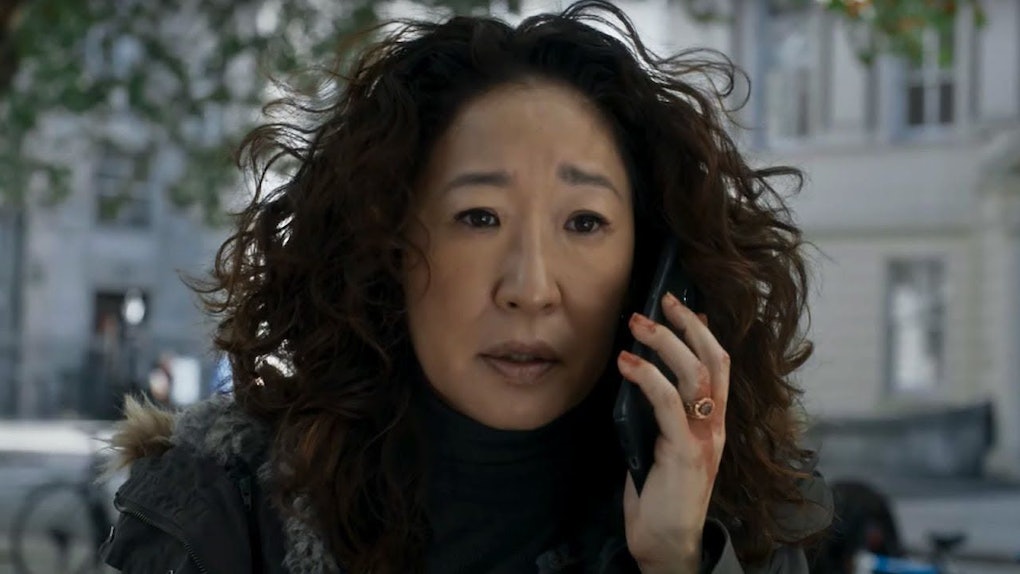 If you're someone who doesn't watch TV live (and let's face it, that's most of us), you may not have caught up with the Season 2 premiere of hit drama Killing Eve yet. The thriller returned to BBC America on April 7 after an acclaimed first season, and less than 24 hours after its launch, fans were guaranteed more of this addictive cat-and-mouse game. Killing Eve Season 3 is officially happening, but it'll come with an element setting it apart from its first two years.

On the morning after its Season 2 premiere, BBC America announced that Killing Eve would be renewed for a third season. While series creator Phoebe Waller-Bridge ran the show for its first season, Emerald Fennell, who plays Camilla Parker-Bowles in the upcoming season of The Crown, took over showrunner responsibilities for the ongoing second season. For Season 3, writer Suzanne Heathcote will fill in the role after previously working as a writer and executive story editor on Fear the Walking Dead. In addition to now working as a Killing Eve lead writer and executive producer, Heathcote signed on to develop new series projects for AMC Networks.

So the series is in new hands, but seeing how smoothly the transition from Waller-Bridge to Fennell was handled, this tradition of women supporting other women is definitely something to celebrate. In a statement, Sarah Barnett, AMC's President of Entertainment Networks, alluded to Killing Eve's platform for women, saying:

We love having this show and the brilliant Sandra Oh, Jodie Comer and Fiona Shaw on our networks. Phoebe Waller-Bridge and Emerald Fennell have delivered two addictively entertaining seasons. As we did last year, we’re renewing Killing Eve right out of the gate, now with Suzanne Heathcote as lead writer, as a sign of confidence — we adore this show as much as our fans do. Killing Eve doesn’t do anything in a templated way; we love giving opportunity to three genius women to make their mark.

In Killing Eve's Season 2 debut, viewers witnessed the immediate aftermath of MI6 agent Eve Polastri (Sandra Oh) stabbing psychopathic killer Villanelle (Jodie Comer) in the latter's Paris apartment. As seen in the Season 1 finale, Eve feigned vulnerability around Villanelle to get physically close to her and wedge a knife into her stomach. But upon seeing the Russian woman's pain, Eve panicked, running off to find bandages for the wound.

A suffering Villanelle then vanished, but the new episode, "Do You Know How to Dispose of a Body?," followed her journey to the hospital, whereas Eve returned to London and struggled to move past what she did. She was still lingering on the stabbing by the time Villanelle escaped the hospital and hitched a ride with an unknowing British family to find Eve in London. The preview for April 14's "Nice and Neat" implies that Eve and her boss Carolyn (Fiona Shaw) are right on Villanelle's tail and just barely miss her presence in a UK home.

Seeing as the drama shines the most when it explores women's many layers, here's to Heathcote uncovering even more depth to these characters next year. Congrats to the Killing Eve cast and crew on another season!

Season 2 of Killing Eve continues on Sundays at 8 p.m. ET on BBC America and AMC.