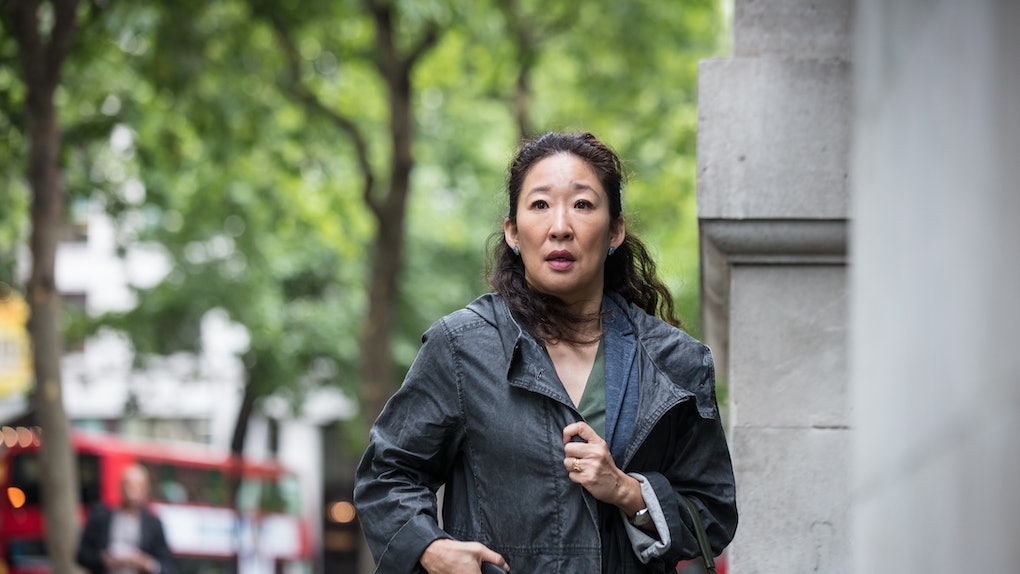 'Killing Eve' Season 2 Will Air On AMC, So It Just Got A Lot Easier To Watch

Nowadays, people lacking cable or even a physical TV is becoming even more common, but apart from technological advances encouraging your Marie Kondo-ing phase, having no cable can sometimes hold you back from the hottest TV trend. The first season of the acclaimed drama Killing Eve eventually hit Hulu after its quiet but addictive run on BBC America, but now that more people are invested in the saga between MI5 officer Eve Polastri and assassin Villanelle, what will fans with limited TV access do to keep up? In case you don't know what BBC America even is, Killing Eve Season 2 will also air on AMC. Set those DVRs now!

Before the April 2018 premiere of Killing Eve, BBC America mainly had a reputation of providing Anglophiles with Doctor Who marathons, reruns of old sci-fi series, and the slightly risque English talk show The Graham Norton Show. Seeing as the network wasn't exactly producing new content on a regular basis, it makes sense that many people didn't really catch on to the Sandra Oh-helmed drama until her performance as Eve gained attention during awards season. While it's still unclear if new Season 2 episodes will appear on Hulu immediately following their debuts, BBC America has cracked the code in reaching high viewership for Killing Eve's return.

In addition to playing on BBC America, Season 2 will also air at the same time on the more popular AMC. Both channels belong to the company AMC Networks, which has found long-running success with AMC's Mad Men, Breaking Bad, and The Walking Dead. AMC Networks Chief Operating Officer Ed Carroll told the Los Angeles Times:

It’s a great opportunity to expose more people to Killing Eve. These times demand trying some non-conventional methods. And if you have a platform as big and broad as AMC, then it seems like a good thing to try.

Killing Eve's twisty dives into human psychology and bold inclusions of dark humor ought to fit right into AMC's lineup of dramas. In the Season 1 finale, Eve finally tracked down Jodie Comer's murderous Villanelle, leading to the two women admitting to their inexplicable obsession with each other. Eve then stabbed Villanelle, but the assassin still managed to escape Eve's clutches, proving that she's truly as unbeatable as the season previously proved.

When the show returns in April, it will address that dramatic ending right away. On the Golden Globes red carpet earlier this month, Comer revealed:

The story picks up right from where we left off. Obviously Eve stabbed Villanelle, let’s not forget that, but what’s going to be really interesting for the audience is how Villanelle reacts to that. It may not be as they suspect it will be... I think what happened in episode 8 brings them closer together in a way that neither of them expect.

Oh, who has swept up nearly every major trophy for her work except an Emmy award, promised to Entertainment Weekly, "Eve’s state of mind is pushed to the absolute limit as she tries to contain the feral energy that is Villanelle."

If the intense vibes of Killing Eve's first season are due to double this year, then the show's simulcast airing is definitely deserved. Season 2 of Killing Eve premieres on Sunday, April 7, at 8 p.m. ET on AMC and BBC America.