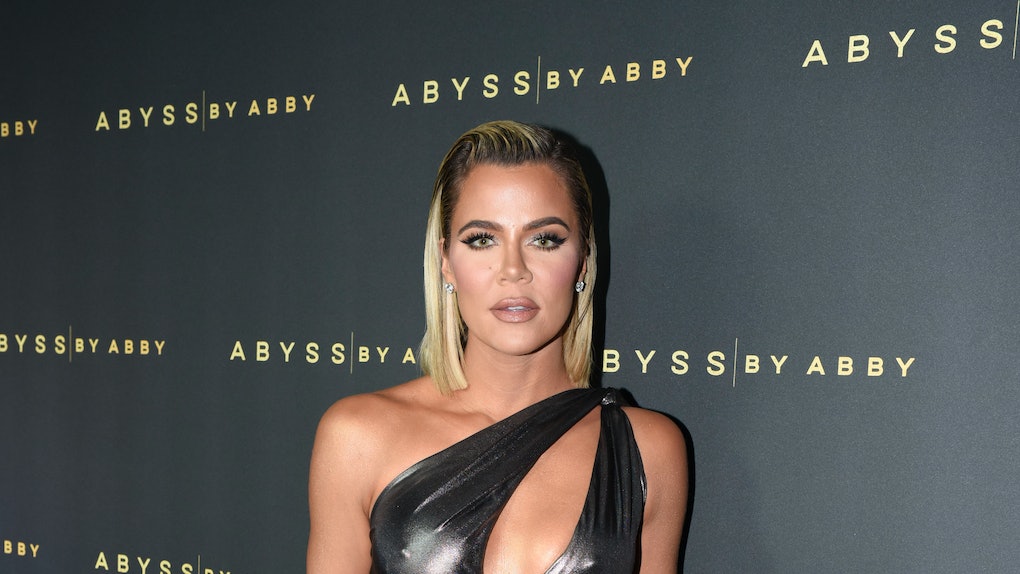 Khloé Kardashian's Response To Rumors She Photoshopped Her Legs Gets Technical

Khloe Kardashian was looking noticeably, well, different in her latest Instagram post, and fans were pretty curious about it. After fans pointed out what they saw as a photoshop job, Khloé responded, defending the pic and insisting it wasn't photoshopped. Khloé Kardashian's response to rumors she photoshopped her legs actually makes some valid points.

Koko's highly-criticized post wasn't shared to her personal account, but, rather, her Good American business page. The photo did look pretty wonky, with her legs looking longer than usual. But Kardashian revealed there was a specific reason behind the seemingly altered pic.

"HA I’m cracking up!" she tweeted after receiving an onslaught of criticism. "4 a few of those GA photos, we shot on a camera lens that creates a stretching effect. The closer the object is to camera they will get elongated. So in some of my photos my feet/fingers look incredibly long. Not to worry! I still have normal size hands/fingers," she explained.

Khloe was sure to add that she's incredibly proud of the campaign and isn't letting the shade affect her in the least. "I absolutely love how my GA campaign turned out!" she told her followers. "I have so many more photos to post and I’m so excited about it! Stay tuned! Hope the 'concern and confusion' is now put to rest and we can just enjoy the photos LOL this really made me laugh today."

You can see Kardashian's tweets defending her new campaign below.

In case you missed it, you can see the pic that has everyone talking below.

Despite her defense, the criticism kept on rolling in, with fans wishing Koko's latest campaign had been more realistic looking. "Who edited this picture?" one fan questioned in a comment. "Her toes are size 9 alone," another commented, pointing out the drastically stretched out pumps. "This was horrible but funny at the same time," one fan went as far to say.

Photoshop controversy is nothing knew for Kardashian. When she posted a selfie in May 2020, it went viral after fans claimed she had photoshopped the picture to a point where it looked like she'd undergone a "face transplant."

When it comes to Instagram criticism, Kardashian can't catch a break.