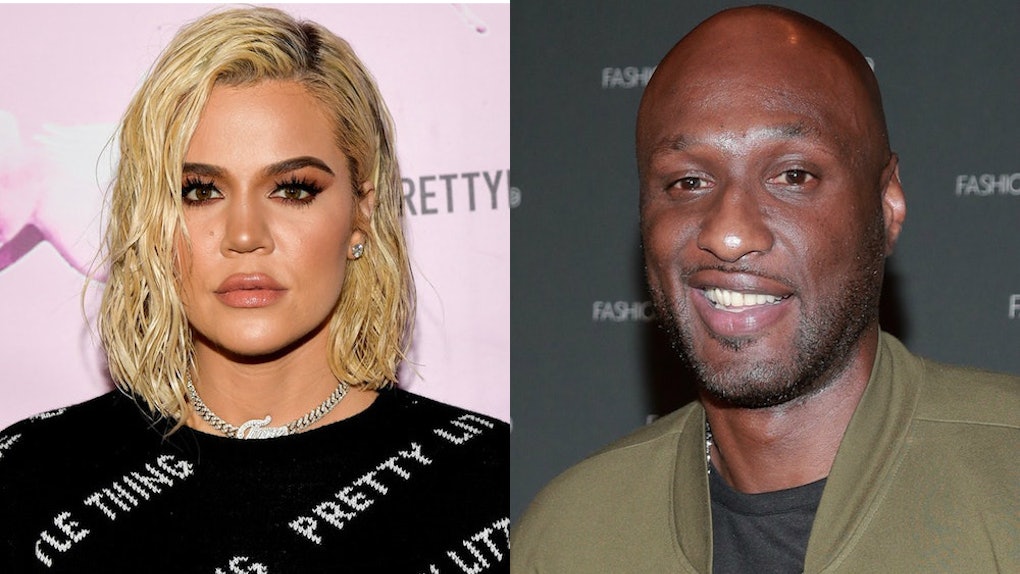 If you are totally up to date on all the latest Kardashian news, you have most likely heard that Khloé Kardashian's ex-husband, Lamar Odom, recently came out with an autobiography called Darkness To Light, in which he details some of this past struggles. Although the former basketball player revealed some very personal details from his marriage with Khloé, it turns out the entrepreneur, fitness model, and TV personality is fully supporting his work and success. Khloé Kardashian's reaction to Lamar Odom's new tell-all book is nothing but love, which might surprise you, considering how their relationship ended.

On Friday, June 14, former NBA player Lamar Odom shared a pretty significant achievement. In an Instagram post, he celebrated the fact that his new memoir, Darkness To Light, made it to No. 6 on The New York Times bestseller list.

Wow don’t know where to begin. We did this! We made @nytimes best sellers list for my first book, Darkness To Light! What felt like a lifetime of writing and working on this project finally came to Light and I am grateful to YOU ALL! Your continued support and love is appreciated! It took a lot of courage for me to get so raw and candid with you all but I wanted you guys to get MY true story! I want to thank the best kids in the world @iamdestinyodom and Lamar Jr. ya’ll are my rock. Thanks for sticking with me during my hardest times. My true fans, my friends and family love ya’ll, @khloekardashian , @benbellabooks and my entire publishing team, my co-author Chris Palmer and last but not least the best publicist in the world @evesarkisyan for always doing your thing. #darknesstolight#nytimesbestseller

And, if you didn't already see it in person, entertainment Instagram account @commentsbycelebs highlighted Kardashian's support in the comments.

"Look at God!!! Congratulations Lammy! Keep shining," Kardashian piped in via the comments section, adding star and prayer hands emojis. OK, Khloé, look at you taking the high road. Seriously, this super positive reaction is a such a mature move on Kardashian's part, especially considering their rocky past.

According to US Weekly, Kardashian's sister Kim Kardashian West also liked the post, which is pretty significant, if you ask me.

The fact that Kardashian and her sis are still cheering on Odom is a little surprising, especially if you've followed Odom's relationship with the youngest Kardashian sister. In case you don't recall, Kardashian filed for divorce from Odom in December 2013, but she called it off before the divorce was finalized, after Odom had a health scare at a Las Vegas brothel in October 2015. The pair officially got divorced in 2016, and one year later, Odom admitted to US Weekly that he had engaged in several affairs during the marriage. Yikes. In light of that — however — Kardashian is still there in support for Odom and his new successful book.

If you ask me, Kardashian's unwavering support for Odom — despite their past hardships and their divorce — honestly says a lot about her character. She definitely seems like the ride-or-die type of friend. TBH, I think everyone could use a Khloé in their lives.