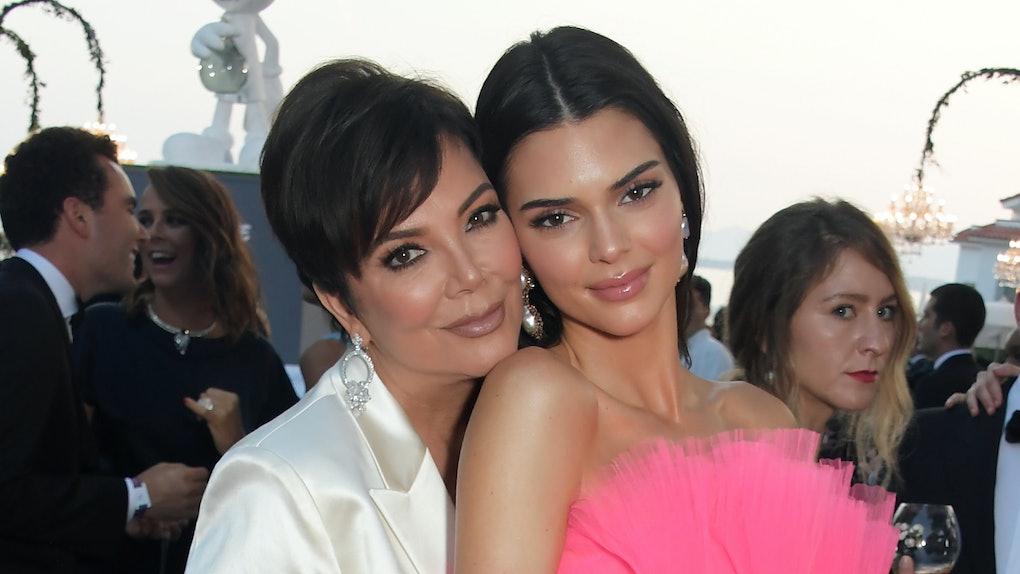 Kendall Jenner is the only KarJenner sister without kids, but that doesn't mean she's ready to join her siblings on the journey of motherhood. In a new tweet, Jenner made it very clear she's still rolling solo, and her fans got a kick out of her message. Kendall Jenner's tweet shutting down pregnancy rumors set the record straight before rumors could really get out of hand.

Jenner was prompted to speak out after the March 25 episode of Keeping Up With The Kardashians aired. In the episode, Jenner helped older sisters Khloe Kardashian and Kim Kardashian by babysitting their kids for a night. Kris must have been watching the episode at home that night, because she decided to live tweet it.

"You got this!!!" the momager wrote, cheering her daughter on. However, she also included a baby bottle emoji in her message, and Kendall was quick to point out that the supportive comment could be perceived as a social media-era pregnancy announcement.

"Mom, this looks like a pregnancy announcement!" Kendall tweeted in response.

Just as Kendall thought, fans initially believed the tweet from Kris was a pregnancy announcement. "For a moment I thought Kendall was pregnant but then i found out she is a nanny, my god i almost had a cardiac arrest," one fan tweeted.

But after seeing Kendall's update, things became crystal clear. You can see the hilarious exchange between Kris and Kendall below.

Kendall doesn't have any plans to have a baby of her own just yet, but babysitting for her sisters seems to have given her some inspiration. During the episode, she revealed she does want kids, and sooner than fans may think.

“I want kids badly,” the model said during episode. “Soon too.”

Given Kendall's latest admission, the KarJenner family might be growing bigger before we know it.