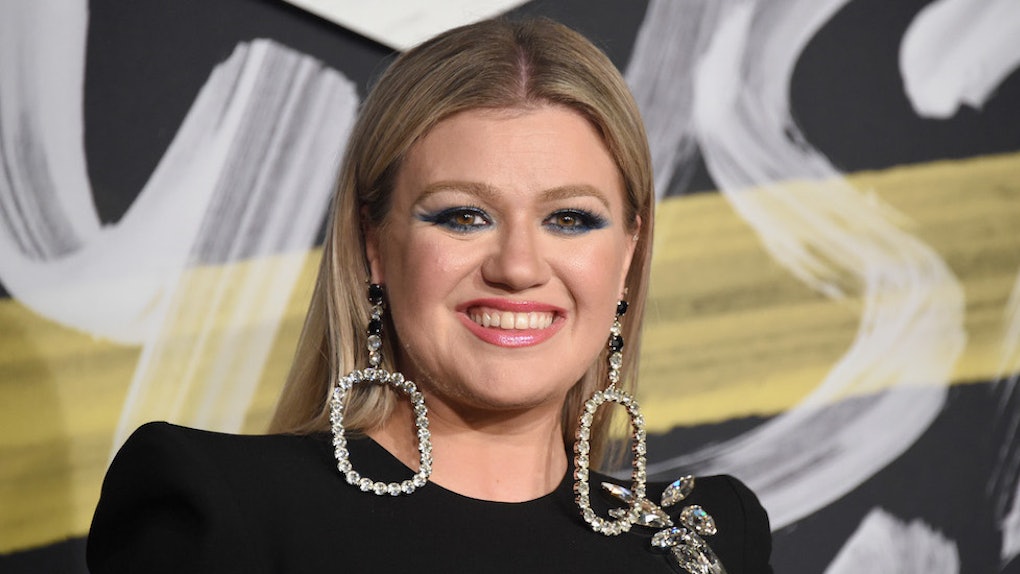 Kelly Clarkson is going to be using her voice for more than just belting out choruses. According to a report from The Hollywood Reporter, Kelly Clarkson is filming her own daytime talk show, which she planning to debut next year.

Reportedly, it is too early to tell where Kelly Clarkson's new show will air, but she is currently filming a pilot for a syndicated daytime talk show, which is eyeing a fall 2019 premiere if it gets picked up. Since Clarkson recently inked a deal with NBC Entertainment, it is safe to say that if her show is picked up, it will air on one of NBCUniversal's family of channels: the most likely options seem to be either NBC, Bravo, E!, or Oxygen. Or, there is also the chance that the show could exclusively stream on Hulu as a part of NBCUniversal's overall deal with the streamer.

The news of Kelly Clarkson's talk show comes shortly after NBC announced the end of Harry Connick Jr.'s talk show Harry, which ran for two seasons on the network. Clarkson is not the only superstar prepping a daytime talk show for next year — RuPaul is also eyeing fall of 2019 for the premiere for his upcoming talk show, though his is being produced by an arm of Warner Bros., so it will not be picked up by the same network as Clarkson's show.

If picked up by NBC, Kelly Clarkson's talk show would join the network's family of daytime talk shows, which include Today, Maury, and Steve. Getting a celebrity personality like Clarkson would likely see the talk show competing with hit celeb-hosted daytime shows from other networks, particularly The Ellen DeGeneres Show, Live with Kelly and Ryan, and The View.

Of course, Kelly Clarkson first won America over back in 2002 when she was announced as the winner of the first-ever season of American Idol. Clarkson has gone on to be one of the best-selling and most celebrated recording artists of the past 15 years. Along with releasing eight studio albums, Clarkson has recently leaned a bit more into being a television personality as one of the coaches for the singing competition The Voice and hosting this year's Billboard Music Awards a few months back. Clarkson joined The Voice as a guest mentor for 2017's thirteenth season, and went on to select the winner of the fourteenth season for her first year as a coach.

There are still a ton of details that we do not know about Kelly Clarkson's talk show, which makes sense because she is reportedly only just filming the pilot right now, but we can guess that it will follow a similar format to other popular celebrity talk shows, likely featuring Clarkson giving some sort of monologue about current events, playing games, and conducting interviews with celebrity guests. Clarkson has a unique perspective on the entertainment industry, having been catapulted from humble obscurity to Hollywood ubiquity due to her success on American Idol, so it will be a treat for her fans to hear her sound off more often.

Look for Kelly Clarkson's talk show to premiere in fall of 2019 if it is picked up.

More like this
TikTok's #NotTheMainCharacter Trend Shows The Supporting Role You Connect With Most
By Marisa Casciano
Kaitlyn Bristowe & Jason Tartick Are Engaged & Their Proposal Story Is Cute AF
By Rachel Varina
'Unidentified With Demi Lovato': Peacock Release Date, Cast, Trailer, & More
By Ani Bundel
Stay up to date