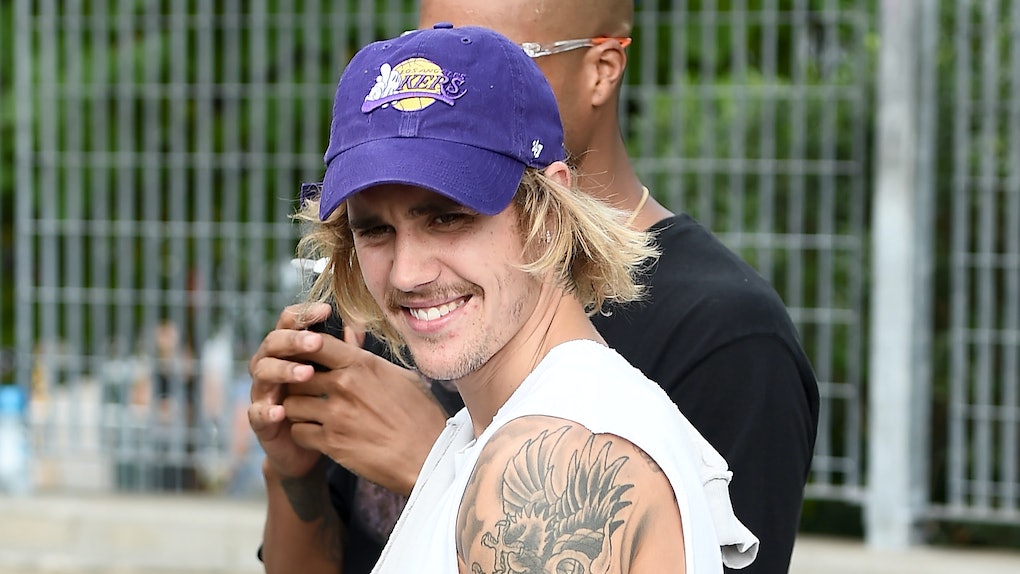 The news is out. Justin Bieber and Hailey Baldwin got married... again. Bieber and Baldwin's second wedding has been all over Twitter the past few days, so how can you not know about it? This time, the couple went all-out for their wedding because they invited all their families, friends, and... exes? Well, at least one ex, because guess what? Justin Bieber's ex Caitlin Beadles was at his and Hailey Baldwin's wedding. Y'all, I'm not lying. One of Bieber's exes actually witnessed him say "I do" to Hailey Baldwin like it was no big deal.

If you're asking "Who is Catilin Beadles?," then you probably joined the Bieber fandom within the past few years, because fans who have been following Bieber since his "One Time" days will definitely know who I'm talking about. Whether you know Beadles or not, that's alright, because I'll do a little explainer for you here.

Bieber and Beadles met in 2008 and they dated for over a year. They broke up in 2009, but it was all good because Bieber and Beadles remained close friends afterward. I think that's so cool because usually, when people break up and say "let's just be friends," they don't really mean it, but obviously that wasn't the case with Bieber and Beadles.

Bieber actually became close with the entire Beadles family, especially Beadles' little bro Christian Beadles. JB and Christian even used to make YouTube videos together, like this one:

Talk about a throwback!

Although Bieber has become a lot more famous since 2008, he's still managed to stay in touch with the Beadles family. In 2017, Bieber even celebrated Thanksgiving with them.

Fast forward to 2019 and Bieber invited Beadles to his wedding with Hailey Baldwin. If you think I'm kidding, check out her snap from the wedding:

She looked absolutely gorgeous! And guess who was with her? Her brother, Christian Beadles, duh.

Christian also posted a few photos of himself at the wedding on his Instagram. He captioned his post, "wedding szn."

Beadles also shared a pic of with her brother at the rehearsal dinner on her Instagram Story and they looked so good, OMG.

OG Bieber fans were so happy to see the Beadles siblings at the wedding and rehearsal dinner. Just check out some of their reactions:

That was honestly my reaction, too. I've been a fan of Bieber's since 2009, so you can imagine all the emotions I'm feeling right now. It's so amazing to see how close Bieber still is with the Beadles family nearly a decade later and how there's absolutely no hard feelings between JB and Caitlin Beadles. Now that's how you stay friends with your exes!

Yup. I think it's safe to say the #BieberWedding was the event of the year.