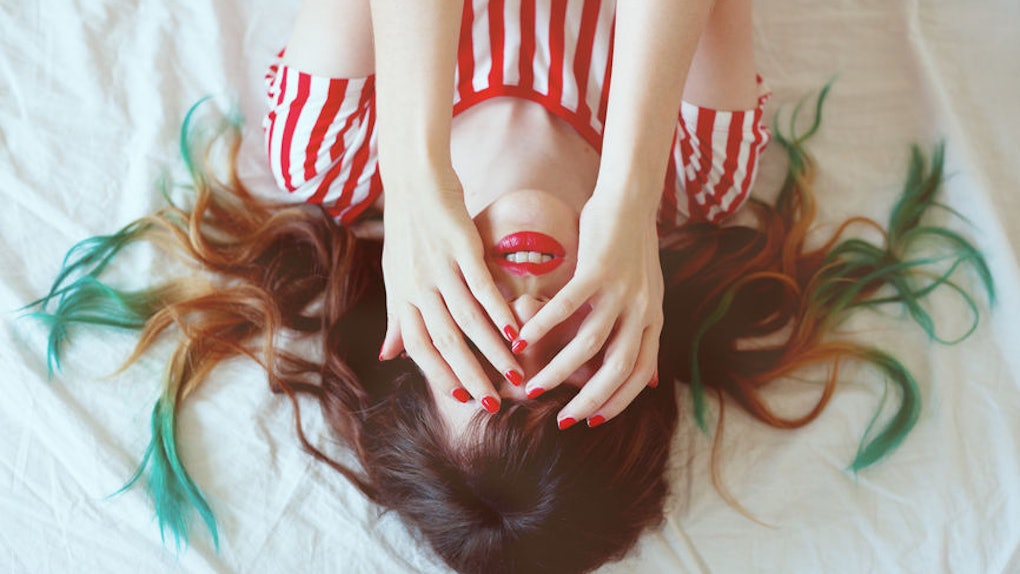 June 2018 Will Be The Worst Month For These 3 Zodiac Signs, But It's Not The End Of The World

June is universally looked forward to. It's a month that signals the end of the school year and the beginning of a wild and promising summer. With so many positive vibes swirling through baby blue skies and poolside afternoons in the heat, it may seem like low-spirits and the month of June are mutually exclusive. However, there's a reason Lana Del Rey wrote about "Summertime Sadness," and truth be told, it's almost worse than any other form of seasonal sadness. Why? Because it just doesn't make sense. If you're feeling the blues too, you're definitely not alone, because June 2018 will be the worst month for these zodiac signs: Aries, Scorpio, and Capricorn. If you were born with the sun in any of these signs, the shadows in your psyche might starkly contrast the overwhelming sunlight.

By the end of June, half of all the major astrological planets will be in retrograde. For every sign in the zodiac, this could feel like trying to climb a never-ending flight of stairs, tripping over your feet as the frustration increases and sighing with resignation. Instead of letting the pain get to you, this is a great time to retreat inwardly and protect your energy. Use it to focus on your own personal goals without allowing outside forces to tamper with it. I know this is easier said than done. However, your intuition always knows the right answer. As long as you trust it, you will be OK.

Aries: You May Have To Slow Down

Your ruling planet, passionate and ruthless Mars, will enter retrograde by the end of the month on June 26. However, because retrogrades always involve a shadow period, you're almost guaranteed to feel its effects all month long. As this retrograde occurring in your 11th house of community, you may feel overwhelmed by an intense desire to be free and liberated, to run wild with the wind, to keep up with every social event you come across. With Mars rolling backwards in the sky, you're could feel frustrated when you hit roadblocks instead.

You're a rapid and fast-paced zodiac sign by nature. You don't like waiting and you definitely don't like it when there are inconveniences standing in your way. Treat the month of June like you're running a marathon rather than sprinting as fast as you can. If you can conserve your energy and remain resilient, this month doesn't have to be so irritating.

Scorpio: You May Feel Pressured By Bottled Up Energy

However, your desire for solitude may be in direct conflict with the current intensity of your eighth house of death and rebirth. Scorpio rules over the eighth house, and with both the sun and Mercury filling it with power, your passions and instincts are on overdrive. Your depths are further deepened, the fire of your libido is stoked, and your ambitions are at an extreme high. As long as you don't force situations that are rejecting your attention, this could be a month of pure productivity. Just remember not to give away energy that is not being reciprocated.

The full moon on June 28 occurs in your zodiac sign. While this can be a time of beautiful revelations, incredibly transformation, and spiritual reward, it's not always as mystical and vibrant as lore makes it seem. It can also be a difficult time where unbearable truths are revealed, and no matter how much you might want to avoid them, you can't. With the full moon occurring in conjunction with Saturn retrograde, your ruling planet, you're bound to feel these effects ten-fold.

Saturn retrograde occurring so closely with the full moon in Capricorn may cause your emotions to seem extremely serious. Whatever comes out of the woodwork may cause you to drastically rethink aspects of your life. It might feel like you're lifting a boulder from the ground and watching the creatures that have been living beneath it scatter away. However uncomfortable it may feel, trust that the creatures will not return if you make the right changes.