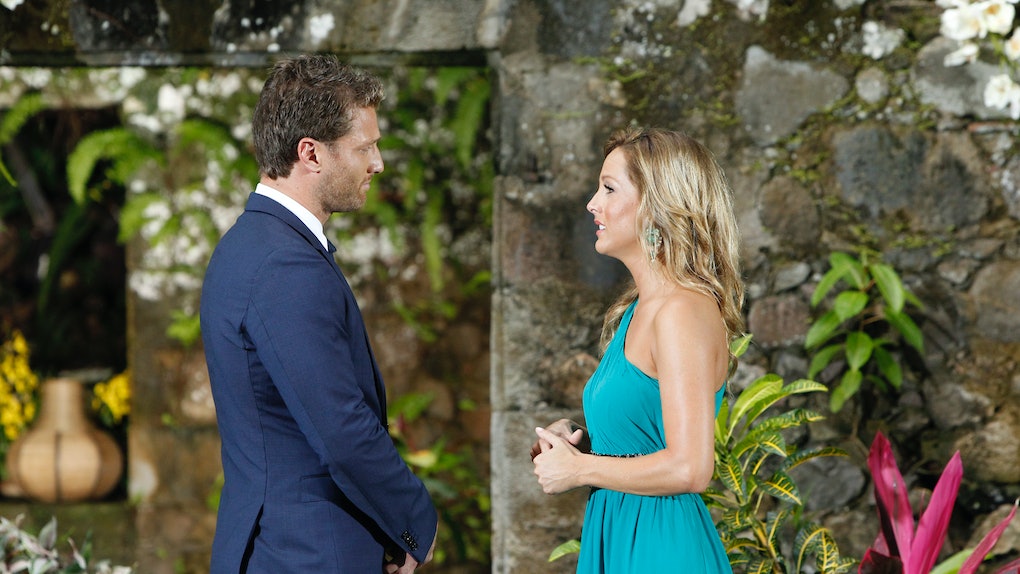 Juan Pablo's 'Bachelor' Season Is On Hulu, So You Can See Clare Get Her Start

Bachelor Nation is in the final stretch before The Bachelorette finally makes its return after a long hiatus. Clare Crawley will be this season's Bachelorette, but as most fans know, this is just part of her journey within Bachelor Nation. If you want to know Clare's full story, you'll have to go way back to her first appearance in the Bachelor franchise as part of the cast of Juan Pablo Galavis' season. Luckily, Juan Pablo's Bachelor season is on Hulu now, so you can relive each and every one of Clare's big moments.

Clare introduced herself to Bachelor Nation in 2013 during the controversial Season 18 of The Bachelor, when she was among the women vying for Juan Pablo's heart. The season is filled with drama, including Clare's journey from love to hate with Juan Pablo. She made it all the way to the end of his season as the runner-up, but not before tensions heated up in a big way between her and the season's lead.

Even though Clare told Juan Pablo's family that she was in love with him, things took a downturn very quickly when more of Juan Pablo's less-than-attractive traits became clear and he whispered something to Clare on-camera that deeply offended her.

"What I thought was going to be sweet, kind, loving words was not what came out of his mouth, and I'm shocked," she later said. "He chose to tell me something that no woman wants to hear. That he doesn't know me, and some sexual thing, I don't even want to repeat it. It was insulting, it was offensive, and it just made me feel awful."

During the Season 18 Bachelor finale, Clare spoke about how happy she was to have gone through what she did with Juan Pablo because it taught her to stand up for herself. She explained:

I do not regret that moment, and I would not change that moment for anything. I had been through some pretty terrible relationships, and I was that girl that let guys walk all over me. And I had never stood up for myself ever before. And it was just one of the greatest moments of my life to finally stand up there and say, ‘None of it is okay.’ And not just to him but to essentially every guy that ever hurt me before and took advantage of me. It was, ‘No more.’

That strength Clare exhibited at the end of Juan Pablo's season is sure to carry through her season of The Bachelorette as she demands respect from all her suitors. As recently as March 2020, Clare is still standing up to Juan Pablo, so it's clear she's continued to bring all that she learned then into her journey now.

Clare's season of The Bachelorette will premiere on ABC on Tuesday, Oct. 13, at 8 p.m. ET.