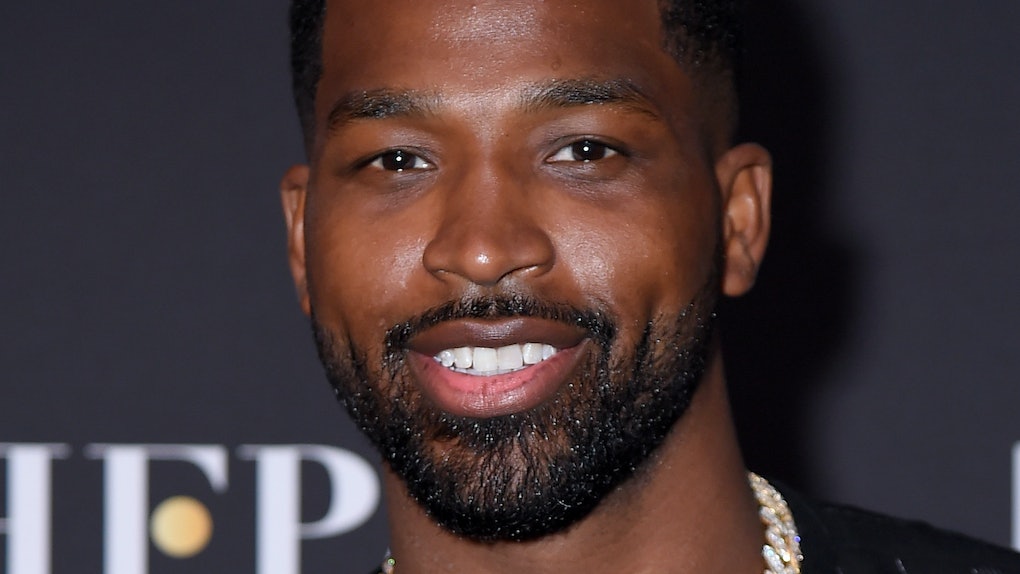 In what may be the least relatable piece of news you'll read all day, Jordan Craig claims Tristan Thompson paid her to stay single while he was reportedly moving on from their relationship with Khloé Kardashian, according to a deposition obtained by RadarOnline. So, how much does one reportedly get paid by an ex to refrain from moving on with other dudes? Well, according to RadarOnline, Craig reportedly claims her ex paid her a whopping $112,000. (Elite Daily reached out to a rep for Thompson for comment on the claim, but did not hear back in time for publication.)

This information comes from a deposition RadarOnline claims they were able to get ahold of from Craig's January custody battle with Thompson. According to the their report of the deposition, she reportedly claimed that he paid her the $112,000 (still not over how big that number is) in November 2017, shortly after she bought a home in Los Angeles.

Thompson's attorney Peter Lauzon was reportedly skeptical of Craig's reported claims, so much so that he reportedly asked her why Thompson would pay her money at all. This is where sh*t reportedly got real. “Well, if we really want to put this on here, that was part of a bribe," she reportedly replied.

This is where she reportedly continued by saying that her ex “would help me if I wasn’t, like, dating anybody or talking to anybody and that I would have to come see him.” She claims that she took the money in order to take care of her son.

Lauzon reportedly doesn't quite see it the same way. The lawyer reportedly said that Craig was just taking Thompson to court “to squeeze my client for more money so she could afford another $16,000 castle for [her] kid."

Thompson also reportedly had a deposition of his own in which he denied Craig's reported claim regarding the reasoning for her payment. "No one ever said [anything] about not see or date anyone,” he reportedly said. “All I please said is, if you’re a single woman, I wanted to request her not to have random men around my child.”

On Wednesday, June 12, Kardashian defended herself against rumors that she began her relationship with Thompson while he was still involved with Craig, who was pregnant with Prince at the time.

“I’m disappointed that I even feel the need to post this but…I need to say my truth. Take it as you will,” Kardashian wrote. "My truth is: I met Tristan because HE CHOSE to go on a blind date with me," Kardashian wrote. "A mutual friend set us up. After going on some dates, Tristan told me that he had an ex that was pregnant. Obviously, I was reluctant about us continuing to date or start a relationship."

"He pleaded with me that the relationship was over long before we met," she continued. "He had me talk with his most inner circle. He showed my physical proof (correspondence between the two) and had me on calls with his lawyers to prove his point. His best friends, business associates and even his mother told me, him and his ex were broken up before we met."

At this point, Kardashian admitted that she actually “believed and trusted” her truth, but was “so completely and utterly sorry that TRISTAN and his inner circle would lie on something like this."