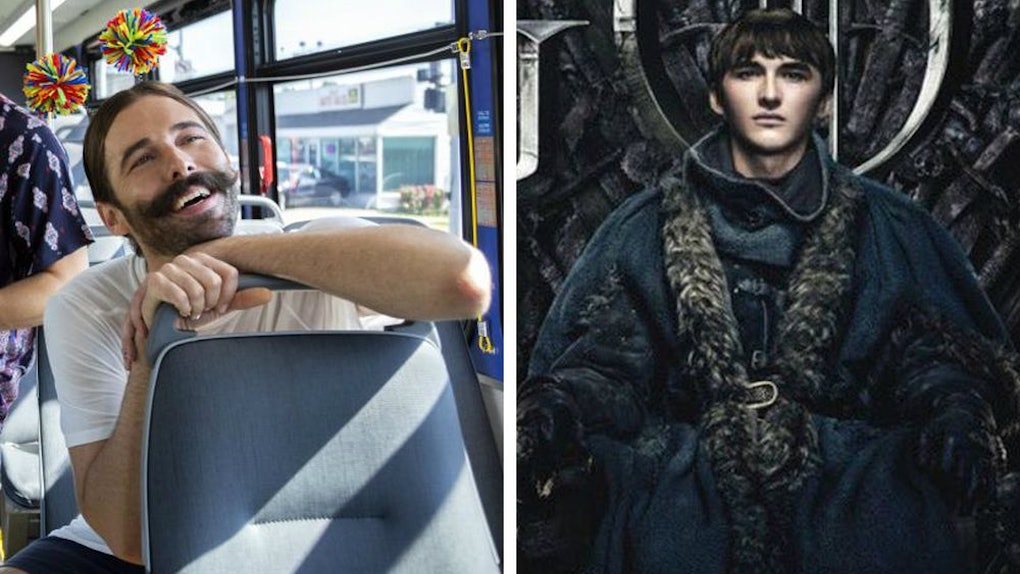 Every Game of Thrones superfan has their pet theory of how the show will end. From the dream of Daenerys and Jon Snow having a baby to the Night King killing everyone and taking the Iron Throne for himself, everyone has a theory they've been nursing since the show's early days, or in the case of book readers, since the 1990s. While some ideas have been knocked out by the show's final seasons, Jonathan Van Ness' Game Of Thrones Season 8 Bran theory is still one that holds water and could be the answer to everyone's problems.

The star of Netflix's Queer Eye revival got his start thanks to Game of Thrones, a show that's made many careers. Van Ness helped develop the parody Gay of Thrones, which was created by Erin Gibson and produced by Funny or Die. As Game of Thrones comes to an end, he still has at least one working theory the show hasn't shut down yet, though perhaps it's based on a subplot the show has somewhat altered.

Van Ness believes Bran's warging abilities are the key to taking down the Night King. Speaking to Insider, he said:

I was always thinking that Bran would end up learning how to warg the dragon.

The show used to make Bran's warging abilities the center of his powers before he became the Three-Eyed Raven. Since his transformation though, the show has concentrated more on Bran's ability to see through time without really explaining how he does it. The show has all but skipped over the book's suggestion his visions stem from warging into trees and seeing through their ancient eyes.

In fact, in the books, warging is a huge deal with all the Starks, not just Bran. Sansa loses Lady too early to bond with her wolf, but the others all show signs of the ability, even Robb not long before the Red Wedding. Jon, Arya, and Bran all experience warging moments on the page, though Bran is the only one consciously doing it, and the only one who wargs into more than just his direwolf.

For fans of the books, the idea warging could solve problems is a serious theory. The show hasn't made it impossible, but in general, it's limited the warging abilities of characters and treats Bran's skills as more of a mystical calling.

Still, the idea Bran could warg into one of Dany's dragons is not only possible but for many probable. For a long time, it was one of the leading "Third Rider" theories as to who would control the leftover dragon after Daenerys and Jon each got one.

The real question is if Bran can warg into the mind of Viserion, the dead dragon. After all, Daenerys and Jon ride Rhaegal and Drogon, they don't need further controlling. On the other hand, stealing the ride out from under the Night King is a handy skill, one that could turn the tide of battle.

More like this
The 'Cruel Summer' Season 1, Episode 5 Promo May Hint At That Mirror Theory
By Rachel Varina
This 'Stranger Things 4' Theory About Eleven's Past Is Super Dark
By Ani Bundel
When Will 'Riverdale' Season 5 Return In 2021? Its Mid-Season Break Is Long AF
By Rachel Varina
Stay up to date