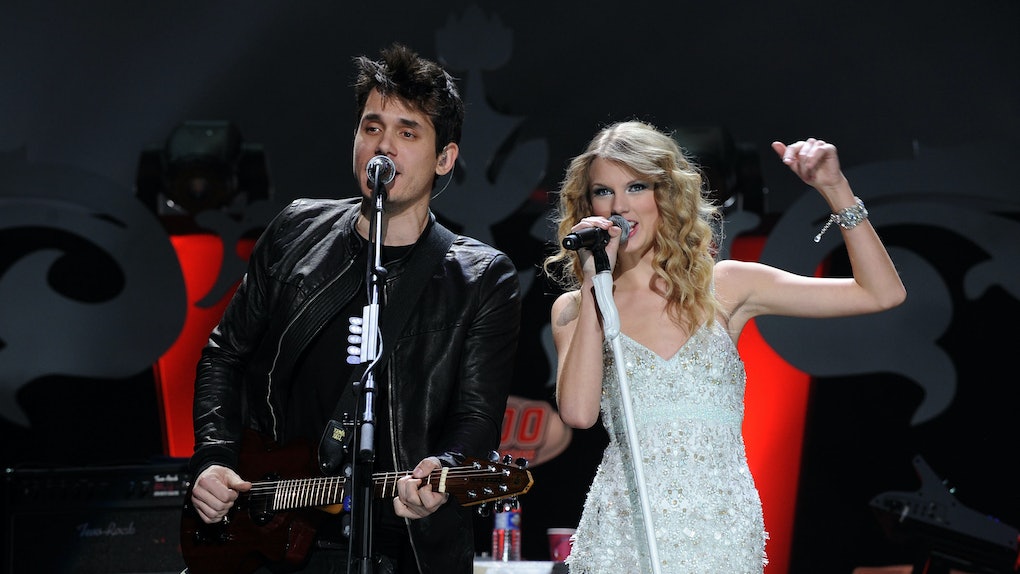 There's a good chance the bad blood between Taylor Swift and her ex John Mayer is all in the past. The way Mayer praised — and teased — Swift's work on her hit song "Lover" made it seem that way, at least. John Mayer's remix of Taylor Swift's "Lover" is not what I expected.

Shawn Mendes appeared on an episode of Mayer's Current Mood Instagram Live series on Sunday, Nov. 17, and chatted about Mendes' collab with Swift on "Lover."

Mendes then prompted Mayer to say, once again, that he really likes the tune. While they continued to talk about the process of the collab, mid-conversation with Mendes, Mayer began to belt out his own version of the song.

See the hilarious moment below.

On the original and collab track, Swift sings: "We could leave the Christmas lights up 'til January / This is our place / We make the rules."

Mendes' girlfriend, Camila Cabello, even tuned into the Instagram Live. "That's my boyfriend I LOVE HIM," Cabello commented. "HELLO JOHN I LOVE THAT MAN."

Mayer and Mendes fans watching the livestream didn't appear to be bothered by Mayer's playful jab at Swift. Many commented with the crying-laughing emoji and expressing their love for Mayer, Swift, and Mendes.

Swifties, however, weren't impressed with Mayer's comments, despite him saying multiple times that he really liked the song.

"John, you could have used your voice to support Taylor, what a pity, you lost that chance. lm not surprised. #IStandWithTaylor," one fan tweeted with a nod to Swift's ongoing legal battle with her former label, Big Machine Records, over her pre-Lover-era masters.

Another passionate Swift fan wrote: "That video is terrible. good to know john mayer is still terrible after all of these years."

Swift hasn't publicly commented on the video. She's likely got bigger things to worry about than her ex-boyfriend talking about her music.