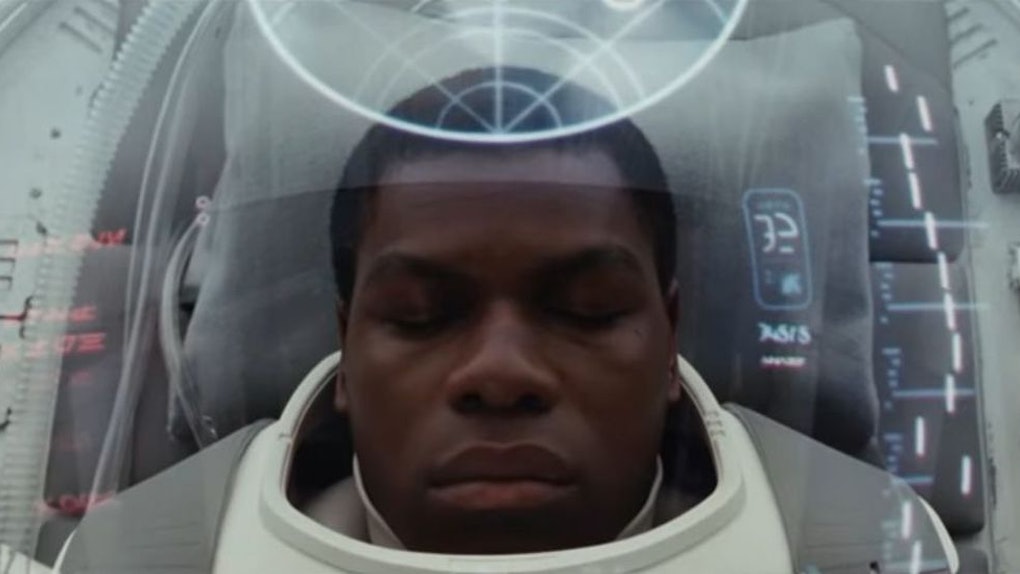 Filming for Star Wars: Episode IX has commenced. The movie will be 42 years in the making when it arrives, the end of the Skywalker Saga which has spanned generations, on a timeline covering 66 years, from 32 BBY to 34 ABY. Word is the final installment will time jump ahead again by at least a few years, if not more. Exactly how long is unknown at this time, but it's been long enough for Finn to get an entirely new hairdo. Fans have been squealing over John Boyega's new Star Wars: Episode IX look, and with good reason.

With the beginning of filming, the new cast has come together with the old. According to the press release, the old faces include everyone fans were hoping for, including stars Daisy Ridley (Rey), John Boyega (Finn), Kelly Marie Tran (Rose), Joonas Suotamo (New Chewie), and Oscar Isaac (Poe), along with baddies Adam Driver (Kylo Ren) and Domhnall Gleeson (Hux). Also, guest stars Lupita Nyong’o (Maz) and Billie Lourd (Kaydel) will continue their characters as well.

From the original cast, Mark Hamill (Luke) and Anthony Daniels (C-3PO) will be joined by Billy Dee Williams (Lando) for the first time. Also, Carrie Fisher will be CGI'd in from cut footage from Star Wars: The Force Awakens to complete Leia's arc.

Then there's the new cast, which includes Naomi Ackie (Lady Macbeth), Richard E. Grant (Withnail & I), and Keri Russell (The Americans). Boyega was so pleased to meet Ackie on the first day, he posted a photo on Instagram.

Fans immediately head-swiveled when they saw this picture. Boyega's hair has grown out, and it looks like he's got a new style going on for the final chapter. Perhaps Rose decided she likes it this way? Maybe it's a sign the kid who once only knew himself as FN-2187 has relaxed into his position as a hero of the Resistance and a leader against the First Order? Also, look at those arms. Finn is bulking up as a resistance leader.

As for Ackie, the British-born actress now stands as the second black woman to hold a significant role in the Star Wars universe, after Thandie Newton broke new ground in Solo: A Star Wars Story this past year. Lucasfilm has been pushing towards showing on-screen diversity the original films only preached in the abstract. Casting Ackie, who was named the British Institute of Film's Most Promising Newcomer in 2017, is another step forward for the franchise.

As for the actual work of filming, director J.J. Abrams marked the beginning of this final chapter with an Instagram post of his own.

Episode IX does not mean the end of Star Wars as fans know it. Currently, Lucasfilm has two brand new trilogies in the works for the 2020s, one conceived and directed by Rian Johnson, who was the man behind Star Wars: The Last Jedi. The other will be helmed by David Benioff and Dan Weiss, who were the creative force behind eight seasons of Game of Thrones.

But neither of those new trilogies will tie back to the Skywalker clan. This is the end of their story. Star Wars: Episode IX arrives in theaters Dec. 20, 2019.

More like this
TikTok's #NotTheMainCharacter Trend Shows The Supporting Role You Connect With Most
By Marisa Casciano
'He's All That': Premiere Date, Cast, Trailer, Filming News, & More
By Dylan Kickham and Abby Monteil
These Tweets About Amy Adams' 'Woman In The Window' Are Brutal
By Abby Monteil
Stay up to date