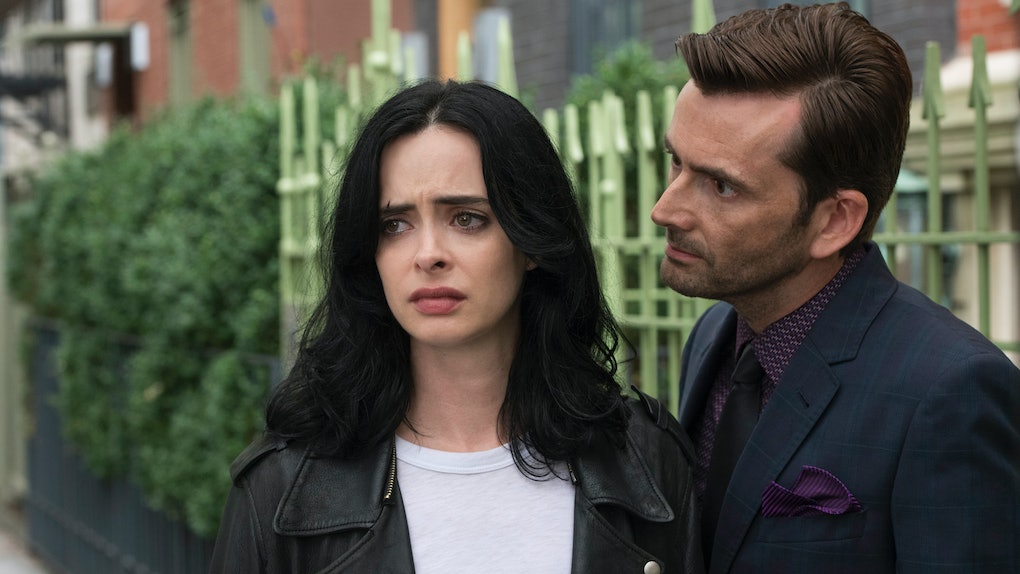 'Jessica Jones' & 'The Punisher' Are Canceled, So Start Rewatching On Netflix Now

When the dissolution of the Marvel TV-Netflix partnership began last fall, it did so almost uneventfully. Netflix canceled Iron Fist. Considering the first season was practically gleefully panned by critics, this was not a surprise, despite Season 2's best efforts to get back on track. However, the cancellations didn't stop. Luke Cage fell one week later, the same day Daredevil Season 3 premiered. Speaking of which, Daredevil was canned after its best season to date a month later. Now Jessica Jones and The Punisher are canceled as well.

Announcing The Punisher was canceled and not Jessica Jones would have just been mean. Jones still has a season in the can ready to air, leaving its fate in limbo where everyone already knows the outcome was a punishment the series didn't deserve. As it was, most assumed The Punisher was dead on arrival when the second season premiered last month, with a cancelation soon to follow.

Allowing Jessica Jones to premiere the third and final season, knowing it also functions as both the series finale as well as the franchise finale. is a far kinder prospect. It also lets everyone go out with a high note. Outside of Daredevil, Jessica Jones is considered the best of the Marvel TV standalone series on Netflix. It might even get an extra look from the Emmys for closing out the franchise.

According to Deadline, which broke the news, Netflix announced the decision this morning. Marvel TV responded with a show of bravado:

It had never been done before. Four separate television series, each with different super-talented showrunners, writers, directors, cast and crew, coming out months apart and then …they would meet in a single event series all set in the heart of New York City. We called them The Defenders. And together we were thrilled by stories of Daredevil, Jessica Jones, Luke Cage, Iron Fist and even the Punisher joined in! They said it couldn’t be done. But Marvel assembled amazing teams to write, produce, direct, edit, and score 13 seasons and 161 one-hour episodes... We loved each and every minute of it. And we did it all for you — the fans — who cheered for us around the world and made all the hard work worth it. On behalf of everyone at Marvel Television, we couldn’t be more proud or more grateful to our audience. Our Network partner may have decided they no longer want to continue telling the tales of these great characters… but you know Marvel better than that. As Matthew Murdock’s Dad once said, 'The measure of a man is not how he gets knocked to the mat, it’s how he gets back up.' To be continued…!

Whether or not Marvel TV does get up from this remains to be seen. The Defenders franchise was the division's crown jewel, who considered it too important to Netflix to fail, as it were. Without these five shows, all Marvel TV has is Agents of S.H.I.E.L.D., a show Disney has been force-feeding to ABC to keep it on the air, plus two teen-oriented shows, one on Hulu and one on Freeform.

Meanwhile, when it came time to make shows for Disney+, the heads of development went with Marvel Studios, the big screen division, to produce programming. Marvel TV might manage the get the-now-canceled Netflix shows moved to Disney+. Chances are it's easier said than done.

More like this
These Movies & TV Shows Starring 'Shadow And Bone' Actors Are Far From Ravka
By Ani Bundel
6 ‘Schitt’s Creek' Spinoff Ideas That Are Simply The Best
By Rachel Varina
Who Is Cleo On 'Outer Banks'? Carlacia Grant Is New To Season 2
By Ani Bundel
Stay up to date