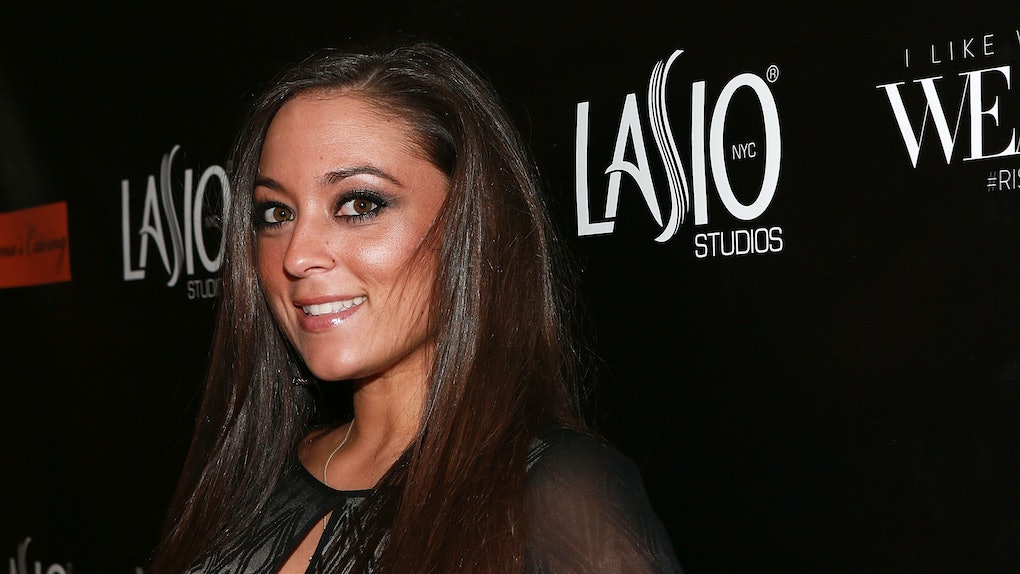 Turns out 2018 wasn't the only year for major celebrity love! 2019 is already giving last year a run for its money with more celeb engagements than I can keep up with, from Katy Perry and Orlando Bloom, to Jennifer Lawrence and Cooke Maroney, to Chris Pratt and Katherine Schwarzenegger. Now, one of your favorite Jersey Shore alums is joining the party, as Sammi "Sweetheart" Giancola is engaged to boyfriend Christian Biscardi. I think that deserves a fist pump! (I'm sorry, I just had to.) After two years of dating, the couple is ready to take the next step, and their Instagram engagement announcements are definitely tear-jerking.

Samantha "Sammi Sweetheart" Giancola confirmed her engagement to her boo with an adorable picture and an even more precious caption that shows she's truly on cloud nine. She wrote, "I’m completely overwhelmed with happiness. Yesterday was the best day of my life! I get to marry my other half, best friend and soulmate. ❤️ I look forward to spending the rest of my life with you @_biscardi I love you!! #Fiance #MrsBiscardi 💍💍💍 #Stillcryingtearsofhappiness." And Biscardi followed suit with an equally cute caption. "I am beyond excited to get to marry my best friend! Here’s to the future Mr. & Mrs. Biscardi 💍🥂."

Giancola and Biscardi celebrated their two-year anniversary this February. Their relationship became Instagram official in April 2017, when Giancola posted a picture of the two of them in bed, so it looks like it's been serious for quite some time. Her relationship with Biscardi is likely part of the reason why she opted out of joining her Jersey Shore cast mates for the reboot of the show. In March 2018, she posted a lengthy explanation for not wanting to be on the show. She wrote, "I have chosen not to join the show this season because I am at a completely different place in my life right now focusing on my businesses and relationship. I am not the same person as I was when I was 22. At 31, I am currently extremely happy in every aspect of my life and want to avoid potentially TOXIC SITUATIONS." Honestly, I don't blame her for opting out for the sake of her relationship and her new life!

Before Biscardi, Giancola was on-again off-again with her cast mate on the show, Ronnie Ortiz-Magro. They had an incredibly rocky romance throughout the seasons of Jersey Shore, and their relationship finally came to an end after they gave it one more try. In April 2018, during the premiere of Family Vacation, Oritz-Magro revealed that him and Giancola moved in together after the show ended in 2012, Us Weekly reported. However, on the first episode of Family Vacation, Ortiz-Magro admitted to cheating on her, which ultimately led to the official end of their tumultuous relationship.

After several years of a rollercoaster relationship with Ortiz-Magro, it looks like Giancola finally found her happily ever after, and we're getting a front row seat. Giancola and Biscardi have posted adorable picture after adorable picture together on their Instagram profiles, and their happiness truly shows through their captions. (See: here, here, and here, too!) So, here's to the happy couple, who finally found the happiness they deserve. Yay!