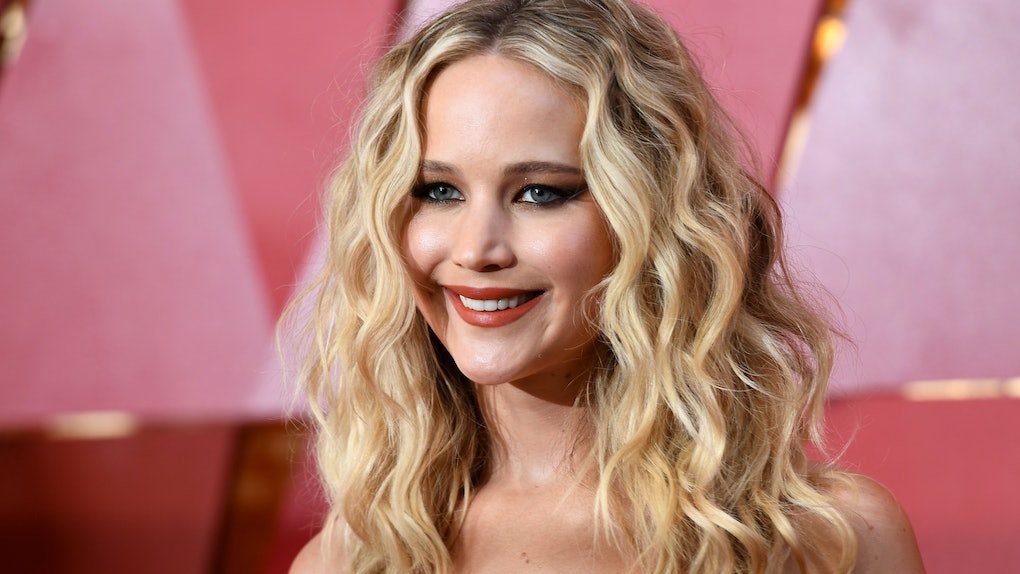 Close your eyes and picture your ideal man. Is he a tall, sophisticated New York socialite with a keen interest in art? If so, J-Law may have just swiped your dream dude. Recent reports claim she's finally moving on from her breakup with Mother! director Darron Aronofsky with the help of a new art-savvy dude. Who's the lucky guy, you ask? Page Six reports Jennifer Lawrence and Cooke Maroney have been dating in secret for the past few weeks.

The first question here is obviously who the eff is Cooke Maroney and is he worthy of our sweet, dear, totally relatable J-Law? Well, according to Page Six, Maroney is a 33-year-old art gallerist based in New York City. For those of you who, like me, might be wondering what, exactly, an "art gallerist" does, allow me to explain. Apparently, for Maroney, Page Six reports being an art gallerist means he's literally the director of an art gallery. And not just any art gallery, either. No, he's actually in charge of New York's famed Gladstone Gallery that showcases art from people like Richard Prince and Lena Dunham's dad, Carroll Dunham. The publication also confirms her reported new bae's place in society by adding he is "known to be seen at high-end art openings."

So... he seems like a pretty solid pull to me but is he a good match for the actress? Well, her friends seem to think so. In fact, Page Six reports that 27-year-old Lawrence was reportedly introduced to Maroney by her BFF Laura Simpson.

"The relationship has been going on a few weeks," a source claimed to Page Six. "But they have been very private and careful not to be seen together." I mean, as much as I'd love for her to get on a late night show and gab about every detail of her reported new relationship, I respect her for wanting to keep things low-key until she knows for sure that this reported relationship is going somewhere.

Elite Daily has reached out to representatives for Lawrence and to Maroney for comment.

Before she started going for more low-key art gallerists, Lawrence had her fair share of A-list exes. She was rumored to have been dating Chris Martin (AKA the lead singer of Coldplay and Gwyneth Paltrow's ex-hubby) back in 2014 and, before that, she dated actor Nicholas Hoult for two years.

Most recently, she dated Darron Aronofsky, the director of her movie, Mother! The two have actually remained good friends despite the breakup. In fact, Elle reports she even presented him with an award at BAM just last month.

That being said, the star hasn't been shy about her longing for a dude who's unfazed by her star power. "I’m just a girl who wants you to be nice to me," she told Vogue in an interview last year. "I am straight as an arrow."

"I feel like I need to meet a guy, with all due respect, who has been living in Baghdad for five years who has no idea who I am," she added.

So Maroney unfortunately doesn't quite live in Baghdad but maybe his involvement in the NYC art scene has kept him blissfully unaware of her mass amounts of fame.

OK, well, that's unlikely. But let's just hope he can at least manage to treat her like a normal person instead of gawking at her like a tween who has read every single one of the Hunger Games book at least 46 times.