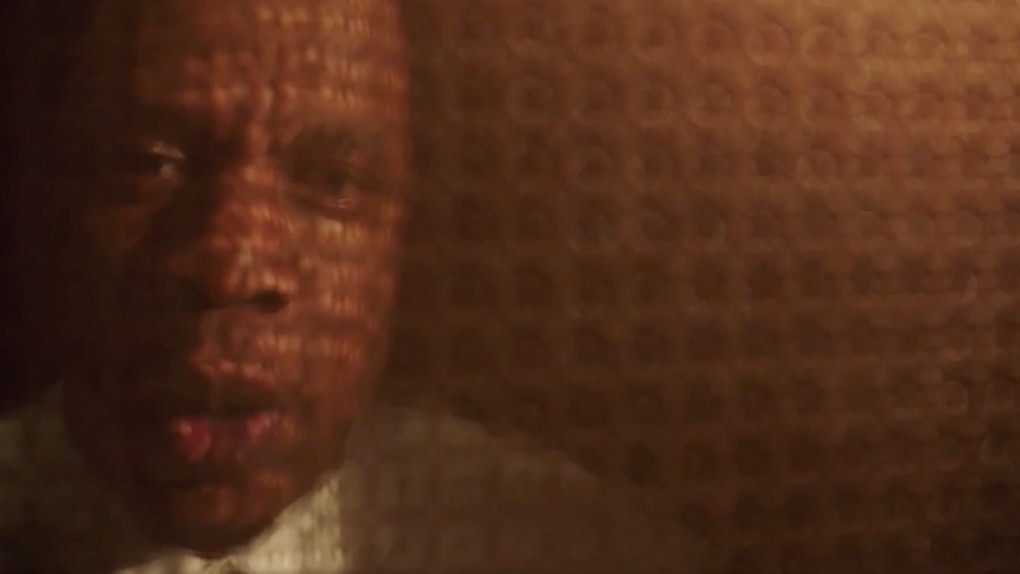 JAY-Z's "Family Feud" Music Video Is Here & It's So, So Intense

Are you a JAY-Z fan? If not, please see yourself out, because this post is here only for those who are down with HOV and his music. We found out on Dec. 28 that JAY-Z's upcoming music video would be dropping today, on Dec. 29 on TIDAL. Well you guys, JAY-Z's "Family Feud" music video is here and it's intense. Did you hear me? THE VIDEO IS HERE AND I CANNOT EVEN DEAL WITH HOW DAMN GOOD IT IS.

The world was shook when Roc Nation dropped the teaser for the "Family Feud" video, which revealed that our Queen, Beyoncé, would be featured. Not only that, but Blue Ivy would make an appearance as well.

So, most importantly, BEYONCÉ!!!

The trailer hinted at what was to come for the full video: JAY-Z and his daughter are seen walking into a church, with flashes of a love scene between a man and a woman. Then, our lady and savior, Beyoncé is seen looking sort of like the Pope, and then another flash to the man and the woman, where the woman stabs the man in the back (ouch). Then we saw JAY-Z in a confessional booth, with what seemed like Beyoncé as his priest.

You can check out the teaser below:

There was so much going on in the trailer, yet it left so much information out. The biggest question was: Is this couple a representation of JAY-Z and Beyoncé? Considering JAY-Z opened up in an interview with The New York Times' T Magazine, finally addressing the fact that he was unfaithful to Beyoncé, it seemed as if this video would be an extension of his personal life. He said,

You have to survive. So you go into survival mode, and when you go into survival mode what happen? You shut down all emotions. So even with women, you gonna shut down emotionally, so you can't connect ... it's, it's deep. And then all the things happen from there: infidelity ... You know, most people walk away, and like divorce rate is like 50 percent or something ’cause most people can’t see themselves. The hardest thing is seeing pain on someone’s face that you caused, and then have to deal with yourself ... So, you know, most people don't want to do that. You don't want to look inside yourself ... And so you walk away.

Well, damn. You can watch the whole video on Tidal here.

And nobody could deny the fact that the teaser for "Family Feud" is cast in a very Godfather-esque light, especially because the song's lyrics give a nod to Michael and Kay Corleone, who are the couple at the epicenter of The Godfather. Some of the song's lyrics go,

Yeah, I'll f*ck up a good thing if you let me. Let me alone, Becky. A man that don't take care his family can't be rich. I'll watch Godfather, I miss that whole sh*t. My consciousness was Michael's common sense. I missed the karma and that came as a consequence. N***** bustin' off through the curtains 'cause she hurtin'. Kay losin' the babies 'cause their future's uncertain. Nobody wins when the family feuds.

So, while "Family Feud" is meant to be about addressing the division in the hip-hop community, the video certainly shows that it's not the only topic JAY-Z is discussing.

"Family Feud" is definitely a video that sticks in your mind, and JAY-Z has done an excellent job at infusing larger issues in the black community with his own personal struggles at home. I don't know about you, but JAY-Z and Beyoncé can do no wrong in my eyes, and this video proves it.

Mr. and Mrs. Carter, you guys are my spirit animals.