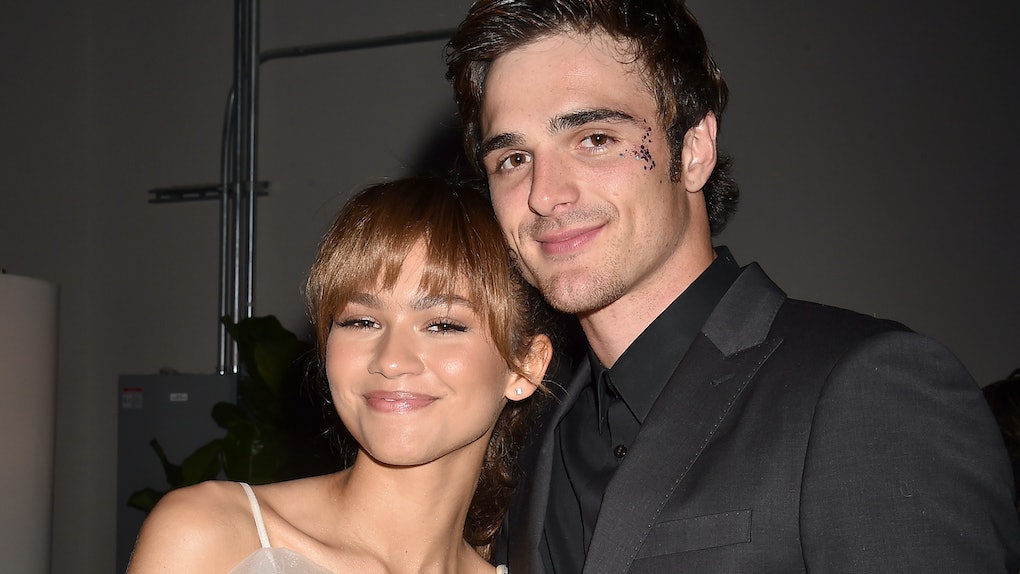 Jacob Elordi's Response To Zendaya's Emmys Win Will Give You Life

By now, you've probably seen the viral video of Zendaya finding out about her 2020 Emmys win. The Euphoria actress was beyond elated when her name was announced as the winner for Outstanding Lead Actress in a Drama Series, and though she accepted the award from home, she gave a meaningful, tear-filled acceptance speech. Equally as excited? Her Euphoria co-star, Jacob Elordi. The star was sure to congratulate Zendaya on her big moment, and fans instantly took notice of his message. Jacob Elordi's response to Zendaya's Emmys win was everything.

Zendaya stepped into the role of Rue on HBO's Euphoria in 2019, and the show became an instant generational classic. The show was executive produced by Drake and went on to inspire thousands of TikTok videos. When Zendaya scooped up her first Emmy Award for Outstanding Lead Actress in a Drama Series, she became the youngest actress to ever do so. Elordi couldn't be more proud of his co-star.

"Congratulations Captain," he wrote when sharing a photo of Zendaya on set. "Bravo," he added.

The post may have come as a surprise to some fans who have been following Zendaya and Elordi's rumored romance. The two were photographed together throughout much of 2019, though recently seemed to have moved on. In early September, Elordi was romantically linked to Kaia Gerber.

Ultimately, nothing was sweeter than the words Zendaya shared herself. Her acceptance speech was so meaningful, and her entire family cheered her on as they watched. "To the incredible cast and crew of Euphoria, I’m so lucky to go to work with you every day and I’m inspired by everything you do," she said. "And to Sam Levinson, I appreciate you so much and you're my family, I’m so grateful for Rue, I’m so grateful that you trusted me with your story, and I hope I can continue to do you proud."

You can watch the sweet moment below.

Zendaya and Elordi may not be an item anymore, but he's still here to support her all the way.