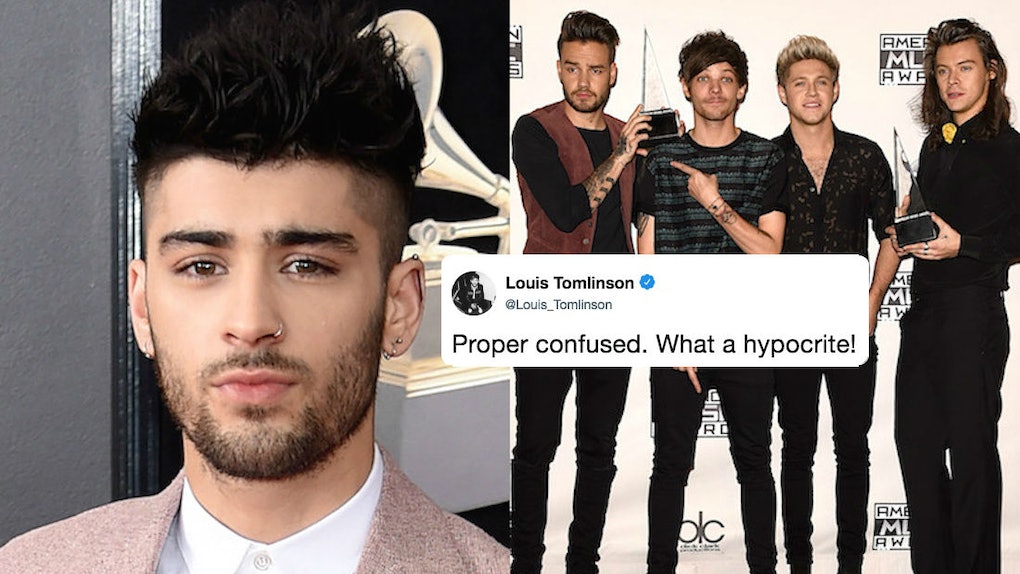 Is Zayn's "Good Years" About One Direction? The Lyrics May Criticize His Boy Band Past

Attention Directioners: Zayn just dropped a new song, and it might be about his boy band days. The singer released his new song called "Good Years" on Thursday, Dec. 6, along with a lyric video, and fans can't help but wonder: Is Zayn's "Good Years" about One Direction? It's an introspective song about his past, no doubt, but the question of whether he's singing about his past One Direction experiences or if this song's meaning is more generic still remains up in the air.

The new single is one of those slow ballads Zayn loves to create. In it, he sings about what he calls his "good years," even though those years he's singing about don't sound all that pleasant...? His lyrics make it sound like he's afraid that his past, albeit painful at parts, were the best years of his life he was going to get.

Zayn's "Good Years" lyrics start off with him singing the hook. He sings,

Then comes in the first verse, and the first hint that this track could be about One Direction. Zayn sings,

The chorus repeats, then Zayn comes in with the second verse.

Too much drugs and alcohol / What the hell were we fighting for? / Cause now the whole damn world will know / That we're too numb and just too dumb to change the story / Neither of one of us wants to say we're sorry

That verse fits the One Direction theory the closest. Zayn was the first to leave the group and has been open in past comments/interviews about how unhappy he was during the One Direction days. The song, if about 1D, hints strongly that there was a lot of trouble in their perceived paradise.

The song gets even more emotional in the bridge as Zayn croons,

Need a chance just to breathe, feel alive / And when the day meets the night, show me the light / Feel the wind and the fire, hold the pain deep inside / It's in my eyes, in my eyes

The song closes out with him singing the hook once more.

Zayn, are we feeling introspective today?

One Direction fans on Twitter are convinced the song is about the group.

Adding more fuel to the fire when it comes to this One Direction theory, Louis Tomlinson tweeted that he was "proper confused" not long after the song's release.

"Proper confused. What a hypocrite!" Tomlinson tweeted on Dec. 6. He doesn't reference Zayn's song at all in the tweet, but fans are taking this as a subtweet about Zayn and "Good Years."

So much so, in fact, that #Zouis (Zayn and Louis friendship name when they were, y'know, friends) started trending on Twitter.

It's an emotional and confusing day to be a One Direction stan, that's for sure.