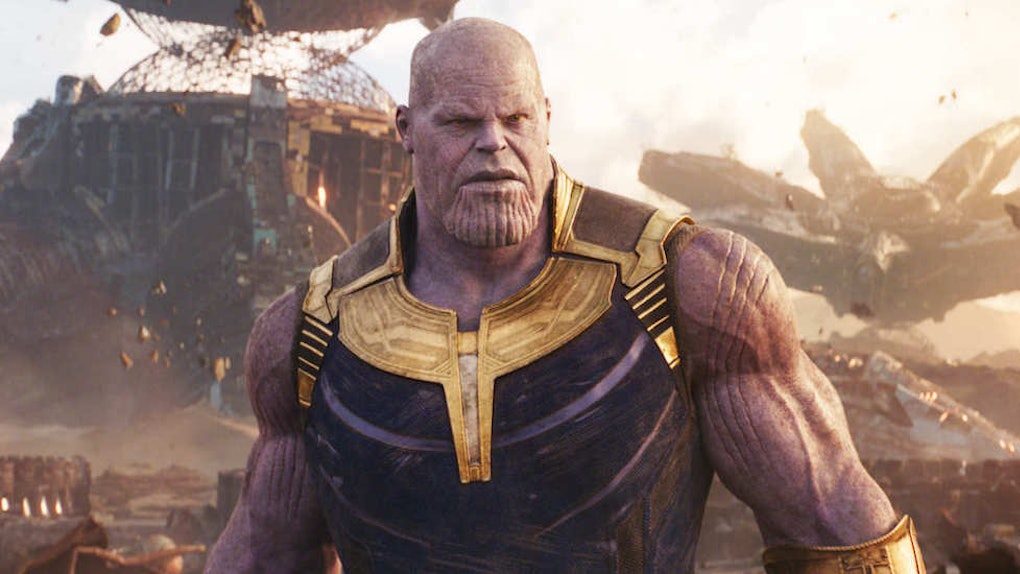 Is Vormir In The Comics? The 'Avengers: Infinity War' Location Is So Significant

Avengers: Infinity War delivered an even more sprawling, intergalactic epic than fans were probably expecting, and brought the Marvel heroes to a number of locations we had not seen in the Marvel Cinematic Universe before now. Most notably, the movie took us to the planet of Vormir, which proved to be a pretty significant place. So now fans might be asking: Is Vormir in the Marvel comics, and what does might its appearance in Infinity War mean for future Marvel movies? Let's get into all the new intergalactic locations that Avengers: Infinity War took us to.

Spoiler alert: Don't keep reading if you haven't seen Avengers: Infinity War yet. As the Avengers attempt to keep the Infinity Stones out of Thanos' hands in Avengers: Infinity War, the movie takes us to a bunch of brand-new locations that we have not yet seen on the big screen. The new planets include: Titan, Nidavellir, and Vormir.

Let's talk about Nidavellir first: a dead star that is home to the Dwarves, who once harnessed the star's energy as a forge for their blacksmithing. We get to see Thor bring Nidavellir back to life with the help of Rocket Raccoon, and then received a new weapon forged by King Eitri (Peter Dinklage) with some help from Groot. Thor's new ax is known as Stormbreaker, a powerful weapon that did appear in the Marvel comics, but is more associated with Thor's ally Beta Ray Bill than Thor himself.

We also see Titan, Thanos's destroyed home world. Iron Man, Spider-Man, Doctor Strange, Star Lord, Drax, and Mantis all converge on the planet to plan an ambush on Thanos, knowing that he will eventually come to them for the Time Stone. When he does arrive, Thanos provides a bit of history about the planet, showing the group that Titan was once a technological paradise, but it was devastated by drastic overpopulation. It was this destruction of his home world that drove Thanos in his mission to eliminate half of the living creatures in the universe. Fan theories prior to Infinity War guessed that Titan might be where the Soul Stone was hiding, but instead, it was on Vormir.

Vormir is a planet never before mentioned in the Marvel Cinematic Universe, and not often brought up in the comics, but it is clear that the craggy planet is very important in these movies since it housed the Soul Stone. Here are some things to know about Vormir:

Now that the Soul Stone has been retrieved from Vormir, it's unclear whether the planet will play a part in future movies or not, but it would definitely be cool to see more of it.

More like this
Where Is The 2021 Oscars Ceremony Being Filmed? The Location Is So Different
By Umber Bhatti
The 'Zola' Movie Trailer Will Have You Reliving The Iconic Twitter Story
By Dylan Kickham
Emma Stone's 'Cruella': Premiere Date, Trailer, Cast, Plot, & More
By Abby Monteil and Dylan Kickham
Stay up to date