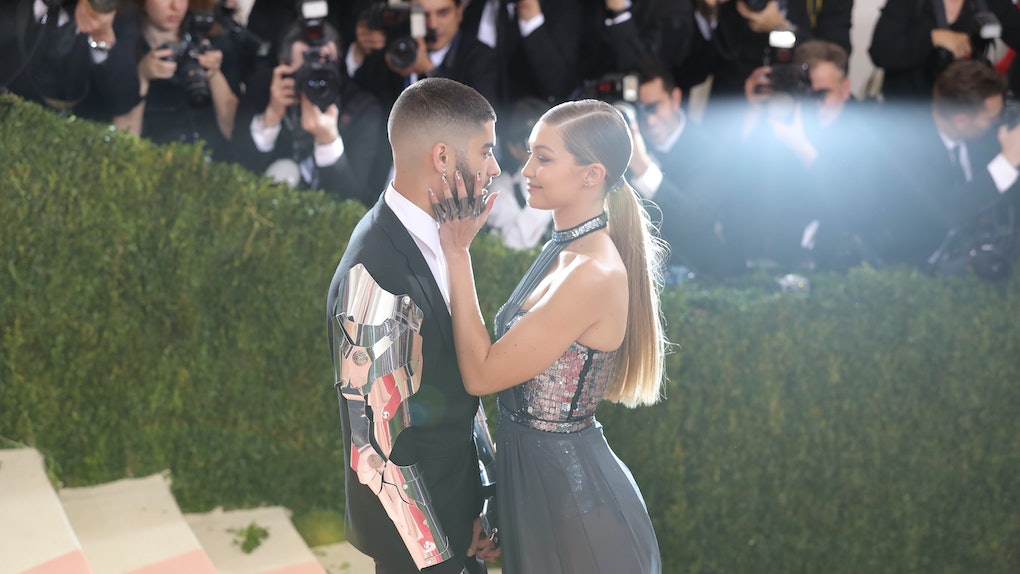 Is "There You Are" About Gigi Hadid? Zayn's 'Icarus Falls' Song Is Telling

Zayn Malik just dropped his first album in two years, Icarus Falls, on Friday, Dec. 14. Just hours after his new music hit airwaves around the world, fans are convinced one of his songs is all about his longtime love. (Three years is longtime, right?!) So, is "There You Are" about Gigi Hadid? It certainly sounds like it.

If you're a fan of Zayn, you know this album was a long time coming. His last full album was 2016's Mind of Mine, and it included some of his hits like "PILLOWTALK" and "iT's YoU." (Also, I feel like I'm back on AIM with the uppercase-lowercase titles across the album.) The new album was worth the wait, though, because Icarus Falls includes 27 tracks. Yep, 27! That's hours worth of new music. Six of the songs on the album were previously released as singles, including "Let Me" and "Too Much" ft. Timbaland, which bookend the record.

One song in particular, though, has caught the eyes of fans. In Zayn's song "There You Are," he croons about a person in his life who's always there for him in his times of need, in a way that most friends aren't. Some of the lyrics go,

Zayn may even be referencing his brief breakup with Gigi in the song, which happened back in March 2018. At the time, Zayn posted a statement to his Twitter, reading, "Gigi and I had an incredibly meaningful, loving and fun relationship and I have a huge amount of respect and adoration for Gigi as a woman and a friend. She's such an incredible soul. I'm grateful to all of our fans for respecting this difficult decision and our privacy at this time, we wish this news could have come from us first. We love you all. xZ."

In "There You Are," Zayn sings,

Whispers in the background / Behind closed doors / I got myself in a mess and without you I'm in more / Oh, I'm a little drunk now / That's why I went to war / Oh yeah, you are my sober / When I'm on the floor

Fans on Twitter couldn't help but make a connection.

While we may not know for sure if the song is indeed about Gigi, it's still great either way. I know I'm adding it to my Spotify playlist for sure!