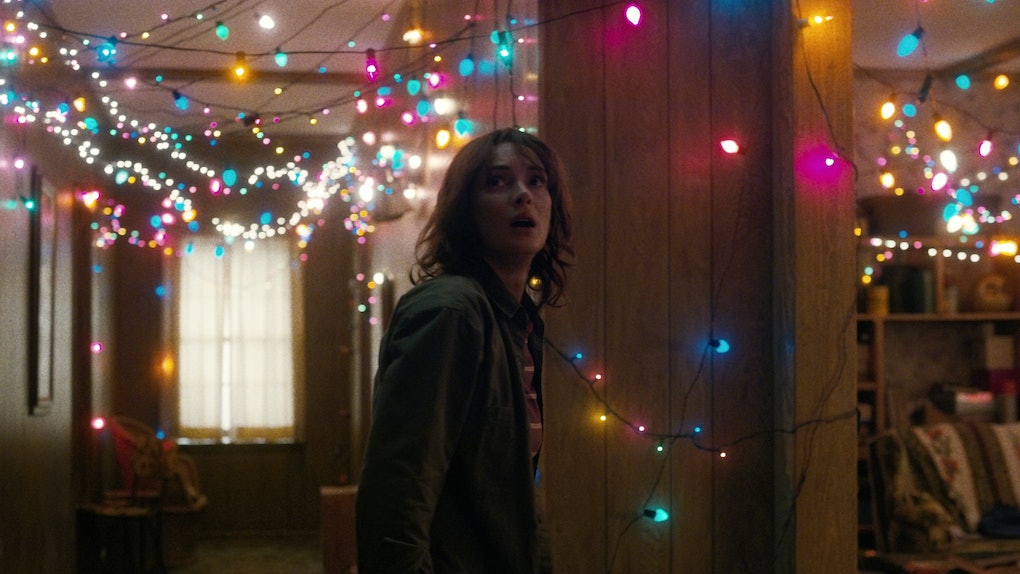 Is 'Stranger Things' Scary? Here's What You Should Know If Horror Movies Aren't Your Thing

I have a confession to make: It took me over a month to start streaming Stranger Things. I know, I know. From the moment last year's most talked-about series hit Netflix it became a TV sensation. But at first I was all, "is this my thing?" I know a handful of people who were in this very same predicament. They thought that a show about supernatural happenings with horror and sci-fi elements wasn't the type of programming they were seeking out. And you might still be one of those people. Is Stranger Things scary? It's a question worth asking if you're not a fan of being, well, scared.

Despite being what I would describe as a lukewarm fan of horror films and a TV viewer who usually watches new sci-fi with a tinge of hesitation, Stranger Things checks a ton of boxes when it comes to what I (and many, many people) are looking for in a binge-able show. Even if the genres previously mentioned have you reaching for your remote, there's a huge chance you might be interested.

Here's the thing. As far as the show's scary level goes, it's fair to say to that Stranger Things is definitely not a slasher film in any way. So you don't have to worry about that. This isn't Saw, people. Or even Scream. The gore is on the minimal side, but it's jam-packed with jump scares, suspense, dark situations, spooky frights, and things that go bump in the night. You might find yourself watching with one eye open at times and there are absolutely creepy elements that could inspire you to keep your nightlight on after watching. There are monsters. A kid is missing. Children are put in dangerous positions. And (spoiler alert) some people don't make it. It's not all late night bike-riding adventures and child's play. See what we did there? Child's Play. It's a horror movie. Whatever. This brings us to our next point.

It's also smart to keep in mind that a lot of the show references classic movies of the '70s and '80s, so if nostalgia floats your boat, that works in your favor. Stranger Things was influenced by films like Poltergeist, Firestarter, and Alien with a nod to coming-of-age favorites like Stand by Me and E.T. There's balance in its homages, and that's one of the reasons it's so appealing and genre-transcending.

And Stranger Things is only going to become stranger in Season 2. "It's going to be scarier and darker than the first series," actor Gaten Matarazzo recently said. "We're going into new territory." Finn Wolfhard revealed to TVLine that "scarier stuff happens" this time around, although creator Matt Duffer assures that the new season "maintains that sense of fun, which was so important to the first season."

Producer Shawn Levy has also spoken about the darker direction the show takes in Season 2. “I was just in the edit room with the brothers yesterday, and we were like, ‘This is definitely darker. I hope everyone’s down with this.’ Because the threats to Hawkins and to our characters are bigger, darker, oftentimes scarier,” he explained. He added,

So, people who found Season 1 too scary for them, probably you’re going to be more scared by Season 2. But again, the best thing I can tell you is, through it all, it’s got the best heart. But it is ― cinematically and budgetarily ― it’s definitely more ambitious.

The more you know. Stranger Things is likely to leave you with your nails bitten down by the end of the first set of riveting episodes, but it is fun at the same time. Is it scary? Depends on your definition of the word, of course, and I personally was on the edge of my seat. Watch at your own peril, friends.