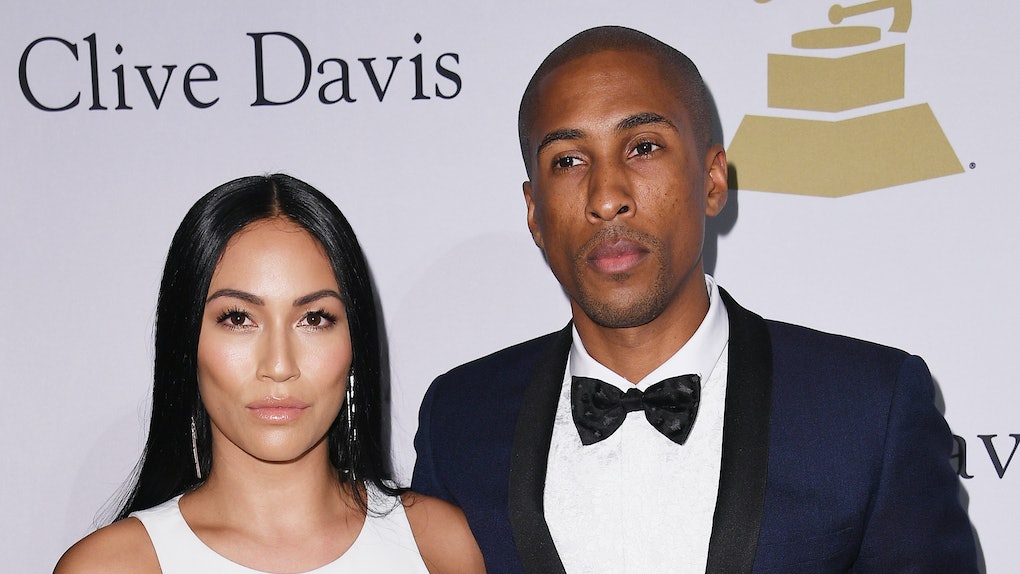 While we're all here living in a Kardashian world, there's one woman who is going off and doing her own thing, and you guys, I am HERE FOR IT. Kim Kardashian's ex-assistant, Stephanie Shepherd, has been making some waves lately after being reportedly let go from her job as Kim K's right-hand woman and COO of the Kardashian West Brands, but just taking a quick glance at her social media shows that she's doing juuust fine. Actually, it seems that she's doing more than just fine: She's taking flawless selfies and dressing to kill, so I don't think cutting ties with Kim was all that detrimental to her. So, what do we really know about Steph Shep? While we know a lot about her relationship with the Kardashians, her relationships outside the family are actually pretty low-key. Many people are wondering, "is Steph Shep single?," because a girl with killer looks and who has ties to one of the most famous families in the world is probably not on Bumble, right?

Yup. Sorry guys, it seems that Steph Shep is off the market, reportedly dating Apple Music's current head of content Larry Jackson, who has also won a Grammy for producing Jennifer Hudson's 2008 album and is a friend of Kanye West's – so, you know, no big deal.

And, while she rarely speaks candidly about her relationship with Jackson, Refinery 29 did manage to get Shepherd to open up about her personal life, mentioning that the pair started to connect in Miami at The Life of Pablo tour when Jackson was managing Kanye West:

It's hard, because he's busy, and I'm busy, but you make time for the things that are important. He's been in the business way longer than I have, so he knows everything and really pushes me, truly. But like anyone else, we need to decompress. For New Year's we went to this really romantic resort in Cabo. That was probably the first proper vacation I've had since I started working!

She also revealed that Jackson was not the first of Kanye's friends that she dated, and, I'm sorry, but how much luckier can you even get? She told Refinery 29,

I didn't date anyone at all for, like, the first two years working with Kim, because there just wasn't time ... And then I did meet a DJ who worked with Kanye, but it just didn't work out — we were too busy. But man, that probably sounds so bad. I really should stop dating Kanye's friends!

You'll be pretty hard-pressed to find photos of her and Jackson plastered all over her social media, but there is at least this one gem:

So it's safe to say that Steph Shep is doing pretty good in the boyfriend department, and, despite the fact that she's parted ways with the Kardashian krew, she's doing A-OK in other aspects of her life as well.

While she nor Kim K have confirmed the reason why they are no longer working together, a source told Us Weekly that it was actually Refinery29's interview with Shep that made Kim less-than-happy:

Stephanie started thinking she was a celebrity herself, and Kim didn’t like that. Everything started going downhill after the Refinery29 article came out ... Things aren’t how like they used to be. Stephanie does still hang out with the family and Kim and her are cordial when they see each other, but it’s different.

And, while it's all speculation at this point, Shep did post an Instagram Story that could have been a dig at Kim Kardashian, with implications to "letting go of a bad friend." Shep wrote:

While her career may be a bit upside-down at the moment, it looks like her love life is right-side up and is smooth sailing, and let's be honest, love really is all you need, right?