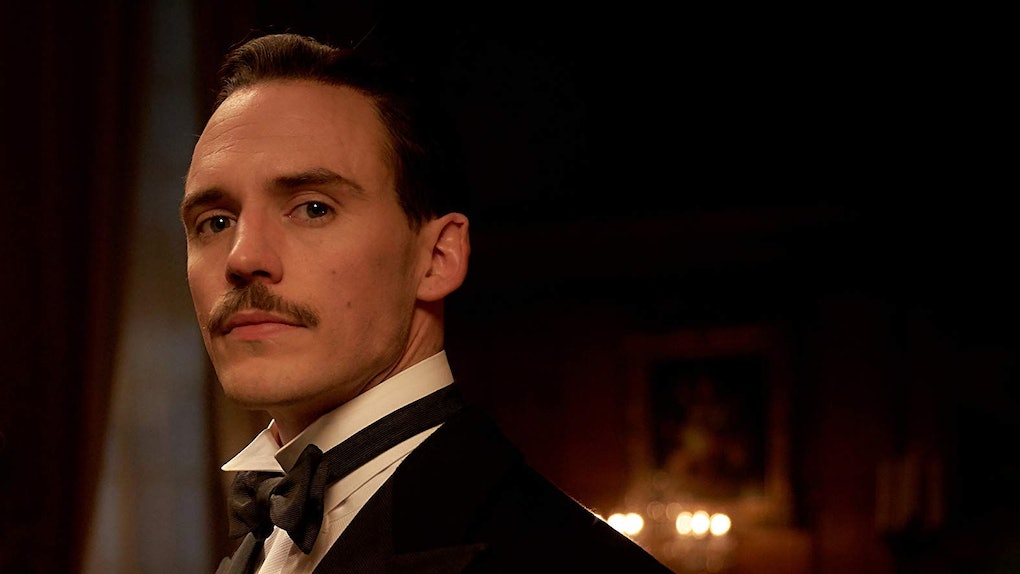 Is 'Peaky Blinders' Based On A True Story? Some Characters Existed IRL

It took a while, but Peaky Blinders has finally made its way to the "Trending On Netflix" row. The show first premiered on the streaming service in 2014, after Season 2 aired in the UK. But it wasn't until 2019, when the show moved to BBC One with Season 5, that it caught on across the pond. The story of the Shelby Crime family, operating out of Birmingham in the interwar period, has captured fans' imaginations. But is Peaky Blinders based on a true story? Warning: Spoilers for Peaky Blinders follow!

"Peaky Blinders" was the nickname of a real gang that operated out of Birmingham's working neighborhoods towards the end of the Victorian era in the 1890s. Composed mainly of unemployed young men, this criminal gang supposedly ran the city up until World War I. But most of those who went to war didn't come back, effectively ending them, though the name still held sway for decades after.

The show Peaky Blinders begins in 1919 when Thomas Shelby and his brother Arthur return from the war and restart the gang. That never happened. But like Downton Abbey, the fictionalized Shelby gang live through real events, and spend time interacting with historical figures.

Season 1, for instance, features Bill Kimber, the head of the rival gang, the Birmingham Boys. In real life, the Birmingham Boys were the gang that rose up after the Peaky Blinders collapsed. Season 2 brought aboard Alfred "Alfie" Solomons Jr. and Charles "Darby" Sabini, real-life gangsters operating out of London in the early 1920s. It also had a cameo from silent film star Charlie Chaplin, who Tommy takes Grace to see on one of their dates.

And there are those in government, who history knows will eventually one day rise to great heights. Winston Churchill, for instance, has been a background character since the show's beginning. He finally takes a more significant role in Season 3, getting into a partnership with Shelby, using the gangster to take out enemies of the Crown. Shelby's life as a spy for the Crown may sometimes feel at odds with running a criminal enterprise. But it also helps his family's fortunes rise.

Season 5 finally sees Shelby move from private gangster to public servant, when he gets himself elected MP in the wake of the Wall Street crash. His move to Westminster puts him in direct conflict with Sir Oswald Mosley.

Mosley is everything Shelby isn't. Born into an aristocratic family with a title, he started as a conservative politician. But like so many of the era, he was radicalized in the wake of rising nationalist fervor, and soon became the leader of the UK's fascist movement. All those racist beliefs he spouts during the series are consistent with the real-life Mosley's writings. His policy stances and his anti-semitic speeches didn't go unnoticed. It is said Hitler attended his wedding. And yes, he was also sleeping with his wife's sister and his wife's stepmother.

Shelby attempts to take out Mosley at the end of Season 5 but fails. Mosley lived to see World War II. (He was arrested in 1940 as a traitor to the Crown.) So it seems likely he'll stay Shelby's nemesis for a while longer yet.