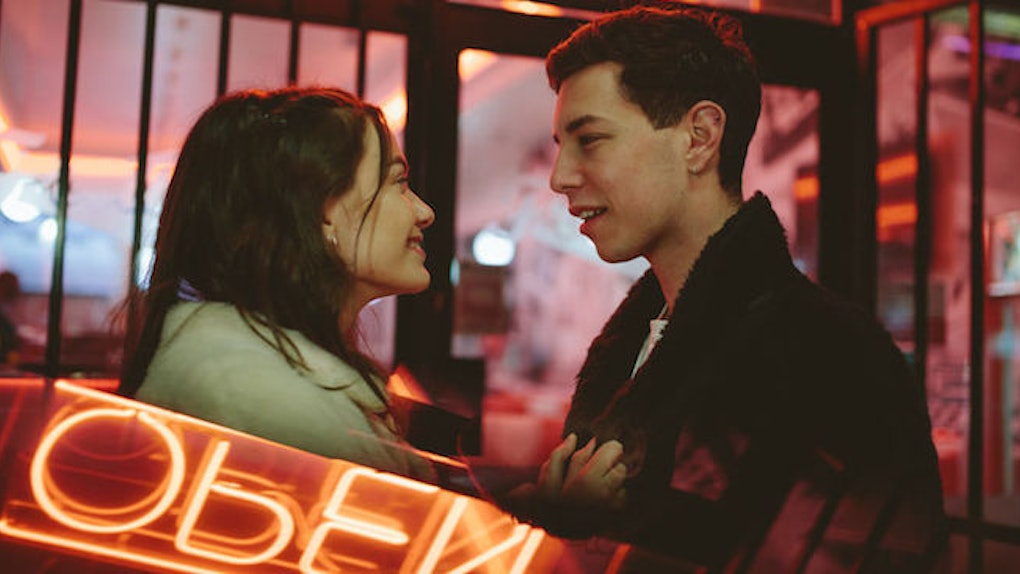 Is My Date Going Well? A Dating Coach Reveals 5 Signs It May Not Be A Successful Night

When you're on your first couple of dates with someone, it's not always easy to tell if your connection is progressing, at a stand-still, or if your date is even into you at all. Wondering if your date is going well is a completely normal line of thought during dates, especially when the other person hasn't outright told you if they like you or not. Normal first date duds like stalled conversation or stilted physical touch don't necessarily mean someone wants to GTFO of the date immediately. Those could be due to nerves, recently getting back into dating, or having a bad day prior to meeting up. Basically, there are a ton of reasons behind behaviors that could potentially look like red flags, but that doesn't mean you should ignore them altogether.

Julie Spira, online dating expert, offered some signs that your date just might not be that into you. And if any of the following happens to you on a date, don't for one second doubt your own value as a person or someone to date. You're not going to be everyone's cup of tea, and that's totally fine. Just be aware of how these signs come off to you, and know if you're giving off those signals of disinterest on a date, too.

They're on their phone a lot.

Spira says that if your date has their phone out — and uses it often in front of you — that's not a good sign.

If your date pulls out their phone to show you a ridiculous meme on Instagram that's relevant to the conversation or they need to answer an urgent work email, that's not a big deal. But if they're more immersed in their phone than your conversation, that's a red flag.

You feel like you're pulling most of the conversation's weight.

"If your date isn’t asking engaging questions, take the lead and ask them about their life," Spira says. "Try to avoid questions with 'yes' or 'no' answers, and ask them who their role model was growing up or the best vacation they’ve ever gone on. I always recommend having a list of about 10 questions in your hip pocket to keep the conversation going. If at the end of the date, you’re still feeling like you’re pulling teeth to get your date to open up and communicate, realize it just might not be a fit."

They aren't being physically flirtatious.

"When someone’s not that into you, they won’t try to be affectionate, such as touching your arm, giving you a hug, or kissing you at the end of the date," Spira says.

However, your date could be a little more reserved when it comes to physical touch, so don't rule out this option as an automatic reason they aren't into you. They could just prefer taking it slow.

They excessively mention their ex.

Generally speaking, if someone is mentioning their past dating history a lot, there could be some unresolved issues or they may not be over a previous partner.

"If they bash their ex, or talk about them, do your best to change the conversation," Spira says. "It could be a sign that they‘re not over their ex, and if so, you really don’t want to be the transition person while they sort it out."

They're vague about seeing you again.

That awkward end-of-date goodbye where you don't know quite what to say is pretty common, but your date avoiding any indication at all that they may be interested in seeing you again is pretty clear.

"They either aren’t getting the cue from you that you’re into them, or they aren’t interested in asking you out again," Spira says. "If they’re playing the waiting game of contacting you a few days later, those dating rules are long gone. By the time they hear from you, you might have already filled your date card with others who know that you’re a good catch."

Spira says if you think they don't know you're interested and you are, let them know you had a great time and would like to meet up again sometime. "This gives the clear signal that you’re interested, in case they aren’t sure," she says.

If any of these signs pop up while you're on a date, it also could mean there's something else going on in your date's mind and it could all chalk up to nothing. But, more likely than not, it's not a ~love connection,~ so you might want to accept that and move along to the next potential date.