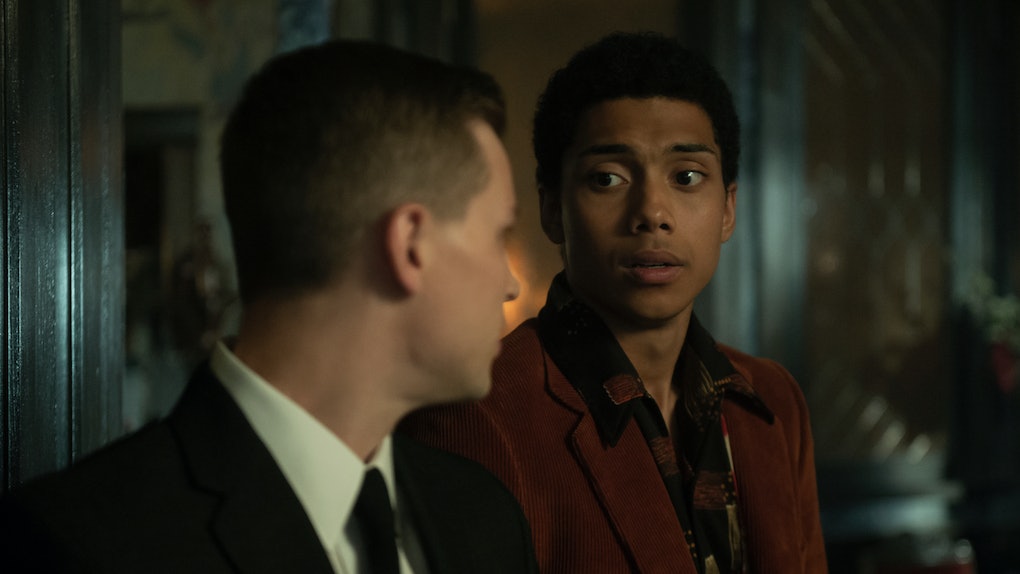 Is Luke Really Dead On 'Chilling Adventures Of Sabrina'? It's Hard To Know Who To Trust

In the second part of Chilling Adventures of Sabrina, it is even harder for viewers to figure out which characters can actually be trusted. This is particularly true at the Academy of Unseen Arts, where Sabrina's best gal pals have run the gamut between helping her out in here schemes and trying to kill her, and her warlock boyfriend has a shady dark side that Harvey never did. One of the first major shocking twists to come in Part 2, though, involves Ambrose's boyfriend Luke. The twist has fans asking is Luke really dead on Chilling Adventures of Sabrina. Let's see go over everything we know.

Spoiler alert: This post contains plot details from the first four episodes of Chilling Adventures of Sabrina Part 2. Luke has been a sketchy character since Part 1, and Part 2 wasted no time in showing just how closely connected he is to Father Blackwood and the Church of Night's traditionalist ways. When Sabrina announces she will run for the academy's Top Boy, Luke makes it clear that he sides with Father Blackwood in thinking that the position should never go to a woman. Sabrina then suspects that Luke is probably behind the demons attacking her during the Top Boy competition, but it is later revealed that the demons were acting of their own volition.

Can we really trust that Luke is actually dead, though? It is definitely suspect that Luke died off-screen and we got absolutely no details about how he died or specifics about the mission he was on. All we have to go on is the word of Father Blackwood, who is obviously not trustworthy at all, and could have easily told Luke to fake his own death in order to bring Ambrose into the Judas Society. Even the tarot reading predicting Luke's death is untrustworthy, since the tarot reader is revealed to be Lilith/Ms. Wardwell in disguise, playing tricks on the Spellmans and their friends.

The next big question to ask is if Luke really is not dead, then why would he and Father Blackwood want to lie about his death to Ambrose. The immediate effect of Luke's death is Ambrose taking Luke's spot at the helm of the Judas Society, which brings him much closer to Father Blackwood. Perhaps Father Blackwood just wanted to pull Ambrose in even more in order to keep power over Sabrina, or he could have an even darker plan for Ambrose that has not been revealed yet. We will have to see if Luke's death is indeed real or a devious ploy as the season continues on.