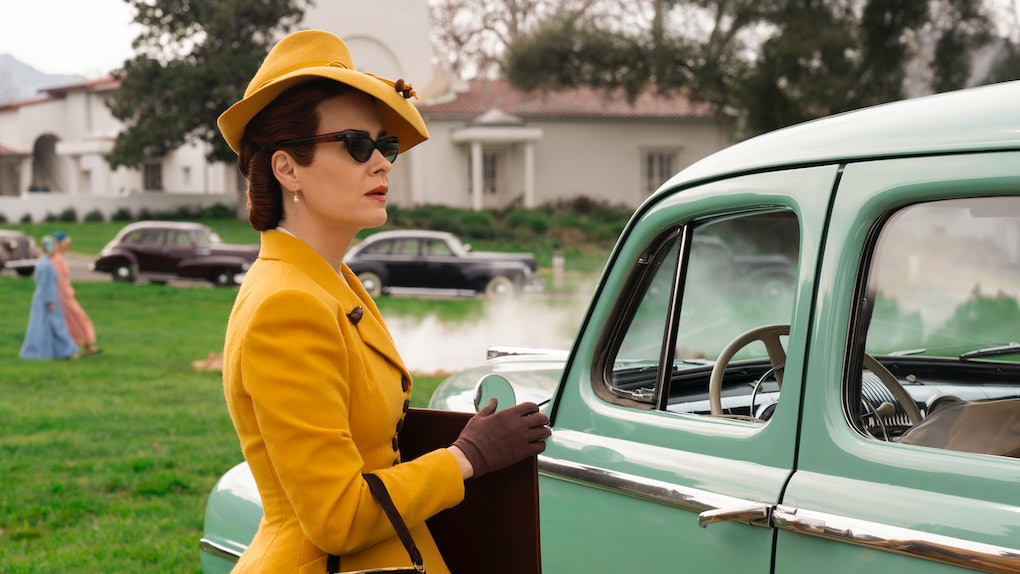 Is Lucia From ‘Ratched’ A Real Place? The California Setting Is Picturesque

Ratched diverts from One Flew Over the Cuckoo's Nest in a lot of different ways, but the most immediately evident is the Netflix's show's bright, colorful visuals. The 1975 film displayed the drab hopelessness of Nurse Ratched's psychiatric ward with muted tones, but the hospital in Ratched is extravagant, decked out with chandeliers on the ceilings and sprawling offices. The series also steps out of the facility into a gorgeously scenic oceanside town. The setting might have viewers wondering whether Lucia from Ratched is a real place. And yep, the picturesque small town really is a place in California.

While One Flew Over the Cuckoo's Nest was set in Salem, Oregon, Netflix's new prequel series move Nurse Ratched much further down the west coast. Ratched is set in 1947, which makes its version of Mildred Ratched 16 years younger than the one in Cuckoo's Nest, and begins with Ratched applying for a job at the mental institution in Lucia, California, a couple years after she returned from serving as an Army nurse in World War II. At first, it isn't clear why Ratched had come to Lucia and was so adamant on landing a nursing position there, but that mystery is solved at the end of the premiere episode.

Located near the middle of the Californian coastline, Lucia primarily serves as a rest stop for travelers along California's border-hugging State Route 1. Lucia's status as a pit stop serves the themes of Ratched well. Because of Cuckoo's Nest fans know this town is not a permanent home for the nurse, and this transience is underlined by her living situation in a roadside motel. It's a stark contrast from the patients at the psych ward, who have no hope of ever leaving.

While it's clear some of the major landscape shots were filmed on-location at the Big Sur coast near Lucia, the bulk of the filming for Ratched was actually done in Los Angeles. Still, it's cool to know Lucia is a real place, especially since Ratched really does make it look super nice — I mean, aside from all the horrifying stuff going on behind closed doors, that is.

More like this
What Are The Eldritch Terrors In 'Chilling Adventures Of Sabrina'? They're No Joke
By Dylan Kickham
'Ginny & Georgia' Season 2: Release Date, Cast, Trailer, & More Info
By Dylan Kickham
These Movies & TV Shows Starring 'Shadow And Bone' Actors Are Far From Ravka
By Ani Bundel
Stay up to date