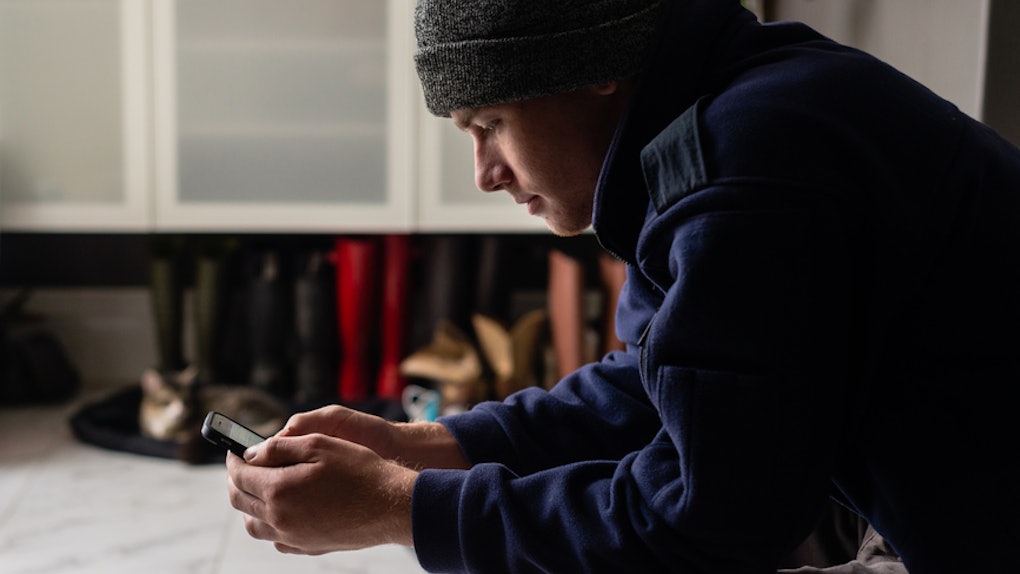 Is It Ever OK To Break Up With Someone Over Text? Here Are 4 Times When The Answer Is Yes

As the generation that grew up with internet, social media, and mobile devices, communicating through technology comes as second nature to most of us. We do everything on our phones. Try explaining to your grandma that you can order food, buy a new wardrobe, complete a college course, pay your bills, and find a new love connection all without making a phone call or leaving the comfort of your own home. But even though the days of purely face-to-face interactions are gone, is it ever OK to break up with someone over text?

How has the new set of social etiquette standards brought on by tech changed our relationships with and considerations for acceptable interactions with our romantic partners? Although our phones can feel like an extension of ourselves these days (scary, but true), it is still generally frowned upon to end a relationship through text.

"Breaking up through text is usually frowned upon because it feels very insincere and impersonal," Dr. Wyatt Fisher, Psy.D., a licensed psychologist and creator of the Keep The Glow couples app, tells Elite Daily. This can leave the dumped partner feeling disrespected or uncared for. He continues, "It's easy to misinterpret texts because you're missing non-verbal communication, so it's more difficult to receive a breakup this way, because it often leaves you with many unanswered questions." Ah, the dreaded limbo: a place that makes finding closure and moving on extremely difficult.

However, Grant H. Brenner, MD, psychiatrist, consultant and psychoanalyst, feels that there are many instances that make it OK to do the deed digitally. "Obviously, there is a sense that if I had been close to someone that, out of basic human decency, I would face them respectfully and break up in person," he says. "Against that typical expectation, I think it is OK to break up with someone over text (or Fiverr.com for that matter, where you can hire someone to break up for you) in a few circumstances."

So what are the scenarios when it's OK to start typing? Here are some of the instances where experts feel a text break up is chill.

1. When You Barely Know The Other Person

Sometimes, it doesn't even feel like a breakup is required at all after only a few dates, but if you can tell this person is interested in you, and you aren't feeling it, letting them down via text is actually courteous. Inviting them out in person might get their hopes up at this point, and the actual IRL breakup talk could be very awkward, as there won't be much to say.

Lori Salkin, SawYouatSinai.com senior matchmaker and dating coach, does offer a bit of advice on politeness: "If you were introduced by someone you do have a relationship with, you're better off being a gentleman (or woman) all the way to the end, so it doesn't cause a riff in the relationship you have with the person who introduced you." In other words, be sure to be kind, even if it is via text, to avoid burning any bridges (and just because you're a nice person, duh).

2. When You Know It Is Mutual

Salkin says mutual breakups are another instance where texting is totally fine. "Some dates are just so neutral or negative that you're both sure there won't be a second date," she says. In these cases, you're better off texting.

Mutual breakups aren't only reserved for the early stages of dating, either. Even if the two of you have been at it for a while, but the romance has fizzed or you're both avoiding each other like the plague, a simple text might be a relief for both parties.

3. When You Can't Trust Yourself To Break It Off In Person

I once spent an entire summer trying to break up with a boyfriend, but he convinced me to stay with him through teary begging. I just didn't have the heart to do it... until I left for study abroad and broke things off via email quickly thereafter. The fear you won't follow through with a breakup is another instance when you can consider not doing it in person.

"You may have codependent tendencies and you know it's the right thing to break up, but if you do it in person, you won't be able to go through with it," says Fisher. I'm feeling a bit more justified...

Meeting face-to-face could be too hard for you for other reasons, too. "Sexual attraction or even compulsion, or uncontrollable [urges]" can make it nearly impossible to end things, according to Brenner. "If you know you are going to hook up with the person if you meet them in person to break up, it may be better to do it without meeting," he continues.

4. When You Can't Trust Them

The last, and most absolute, reason to send a breakup text "would be when you can't trust the other person because they have been physically or emotionally volatile in the past and you fear for your safety," says Fisher. Distance yourself from a violent or toxic partner as soon as you can do so safely. Of course, that can be extremely challenging. If you or someone you know may be dealing with domestic violence, highly-trained advocates are available 24/7/365 through The National Domestic Violence Hotline.

Though it might seem cruel to break up with someone through your phone, these circumstances make it totally acceptable to not do it IRL. If you still feel like texting isn't the right move, Brenner suggests that starting with a phone conversation could work: "That can be a reasonable middle ground where there is a more personal element, but also avoids the problems with meeting in person." Whatever you choose, make sure it feels right for you.