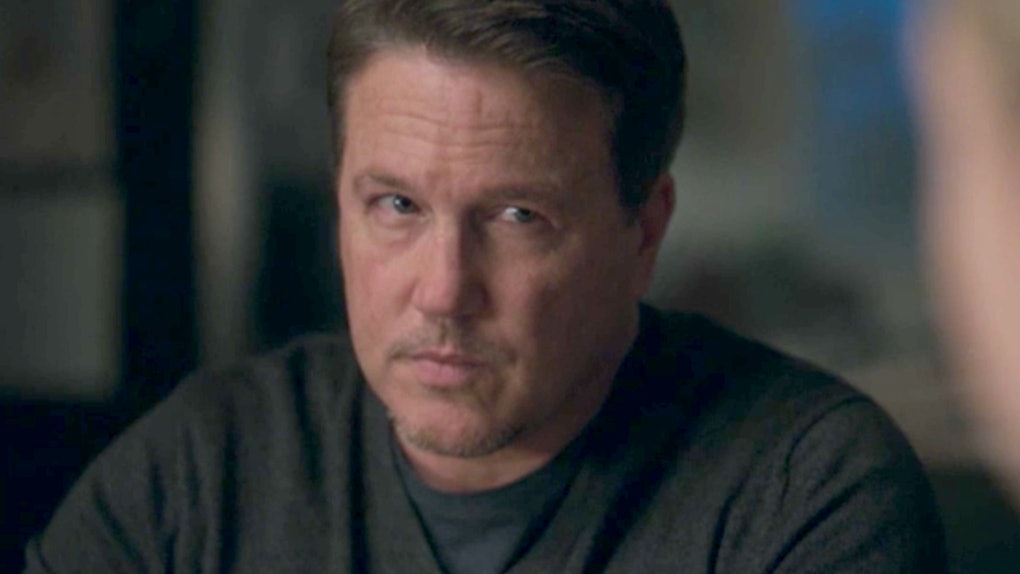 Is Hal Cooper Really Dead? The 'Riverdale' Boss Assured Fans That Hal Is Not Coming Back

Riverdale just hit fans with about a million twists in its action-packed Season 3 finale, and yes, that includes the supposed death of one major character. Although it seemed pretty clear that the character in question had died, Riverdale fans know that you can never be totally sure about any supposed death on this show. Spoiler alert: This post contains spoilers for the Riverdale Season 3 finale, "Survive the Night." Riverdale showrunner Roberto Aguirre-Sacasa cleared up the question of is Hal Cooper really dead in a new interview following the Season 3 finale.

Hal Cooper made his terrifying comeback as the Black Hood in Wednesday night's Season 3 finale, as it was revealed that Hal had actually spared Chic's life last season and taken him in as a protégé, molding him to become the Gargoyle King. But the real mastermind pulling the strings behind the scenes was always Penelope Blossom, who encouraged Hal's murder spree last year and helped Chic pull of the Gargoyle King ploy this season, as a means of revenge on the town that turned a blind eye to her adoption as a child bride and the murder of her son.

This major revelation leads to a final Gryphons and Gargoyles themed obstacle course, in which Archie, Betty, Veronica, and Jughead are all forced to compete in deadly challenges. After the other three complete their tasks, Betty is left with the final challenge: she receives a gun with one bullet and comes face to face with her serial killer father.

Rather than kill Hal, though, Betty instead shoots her father in his one remaining hand, forcing him to drop his own gun. But Penelope Blossom does not let the challenge end that easily. She emerges from the woods and shoots Hal in the head after calling him a disappointment. Notably, though, we do not see Hal's body after Penelope's shot, and Jughead reminded fans of the show's policy on death earlier in the episode in regards to Chic: if the dead body is unseen, then you cannot assume that the character is dead.

But still, it is not like Hal could possibly survive a point-blank gunshot to the head, and Roberto Aguirre-Sacasa is confirming to any curious fans that Hal Cooper is definitely dead. The showrunner told TVLine that Hal is gone for good.

I always say, “You never know for real.” But I do think that Hal is finally, really, truly dead.

With Hal dead and both Chic and Hiram Lodge thrown in prison, the only major villains remaining as Riverdale heads into Season 4 are Penelope Blossom and Edgar Evernever, both of whom have split town without a trace in the finale.

Roberto Aguirre-Sacasa also confirmed that Season 4 would wrap up The Farm plot early on, so fans can expect Edgar's departure from the show fairly soon, but it seems clear that both Penelope and Hiram will be major antagonists moving forward. Penelope has now been revealed to be the true villain of the series, and one of the final moments in the finale showed Hiram cooking up another scheme to ruin Veronica's life. So fans should not worry about any potential lack of villains as the show heads forward without Hal Cooper.

More like this
These Fake 'Riverdale' Brand Names Are Even Better Than The Real Thing
By Rachel Varina
When Will 'Riverdale' Season 5 Return In 2021? Its Mid-Season Break Is Long AF
By Rachel Varina
'Elite's Season 4 Release Date Teaser Introduces The New Cast Members
By Abby Monteil
Stay up to date