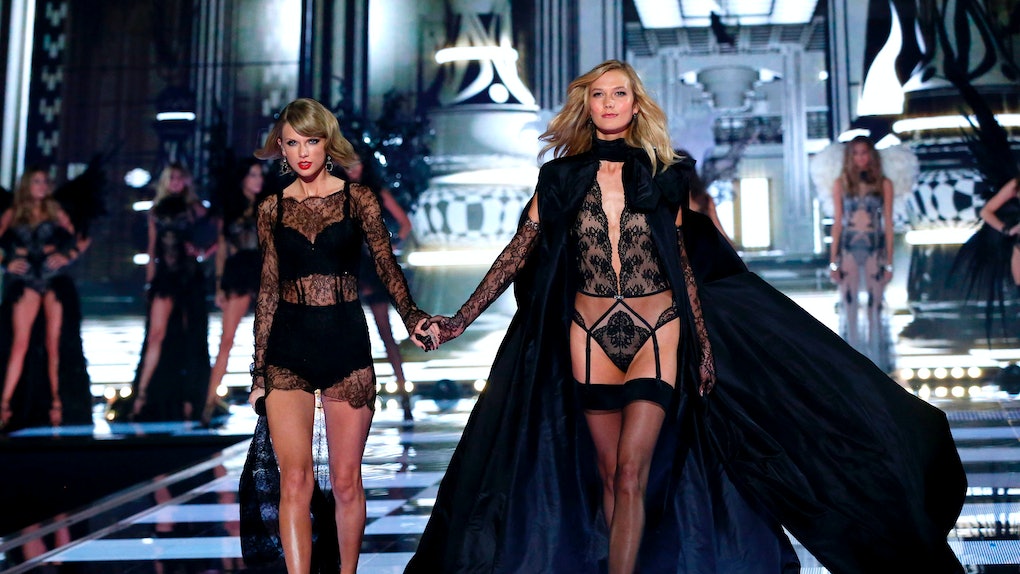 Is “Cornelia Street” About Karlie Kloss? Taylor Swift Fans Have A Theory About The ‘Lover’ Song

Ever since the highly anticipated drop of Taylor Swift's new album Lover on Friday, Aug. 23, Swifties have been scanning the new tracks for hidden clues about the singer's love life with Joe Alwyn, as well as allusions to her ex boyfriends and her current relationships with her girl squad. Case in point: The new album has fans wondering, is "Cornelia Street" about Karlie Kloss? The song appears to fuel speculation that their friendship is on the rocks, and Swifties have so many conspiracy theories about the lyrics.

First, let's take a look back at what started the rumors that Tay and Karlie had a falling out in the first place. The duo, who are referred to as Kaylor by fans, were pretty much inseparable after first meeting at the Victoria's Secret Fashion Show back in 2013. At the time, Kloss told Hollywood Life, "We met at the show, we never met before, but we're BFFs now. It's nice to meet another American girl, we're the same age and she's so inspiring — she's so talented and she's true to who she is. She's a cool girl."

However, after numerous hang outs, vacations, and even a subset of Swifties starting rumors of a romantic relationship, fans first started speculating that there was trouble in paradise in 2017 after Kloss was spotted hanging out with Kendall Jenner, and then with Katy Perry in 2018. After Swift missed both of Kloss' wedding ceremonies on October 2018 and June 2019, and the model was then pictured vacationing with Scooter Braun in August 2019, the rumors that Kaylor was over for good only intensified.

Now that Lover is officially out with a track called "Cornelia Street," many fans seem to think that the song sheds some insight into Swift's relationship with Kloss. There's several big clues that the song is about the Victoria's Secret model. For one, the line "I rent a place on Cornelia Street" seems to reference the New York City apartment that Swift lived in back in 2016 and 2017, which is where she and Kloss used to hang out all the time. In addition, on one of their frequent outings on Cornelia Street, Swift was photographed with Kloss's jacket flung around her shoulders, seeming to allude to the lyrics, "Windows flung right open, autumn air/Jacket 'round my shoulders is yours/We bless the rains on Cornelia Street."

I took a look at the lyrics, and the first thing I noticed is that it is written in present tense, which seems to suggest that Swift either wrote this song before their alleged falling out or that they're still besties and she'd hate to lose their friendship. There's also the chance that the song could be about the early days of her relationship with Joe Alwyn, as there's also a Cornelia Street in London and she seemed to allude to having feelings for the subject in the song when she sang that they were "drunk on something stronger than the drinks in the bar."

Despite this, the Twitterverse is convinced that "Cornelia Street" and some of the other tracks on the Lover album are about the pair's friend break-up.

For Kloss' part, she's actively tried to debunk rumors that their friendship is on the rocks. In addition to calling Tay "incredible" and "one of the hardest working women," the model told host Andy Cohen on Watch What Happens Live back in March that she felt "really lucky to call her a friend." Her rep also confirmed that Swift was "unable to attend [Kloss' weddings] due to prior commitments" and that her absence was not due to any bad blood between the pair.

Judging from her track record, it's unlikely that Swift will speak out and debunk any of the rumors about "Cornelia Street," so Swifties will have to draw their own conclusions after perusing the lyrics and the evidence at hand.