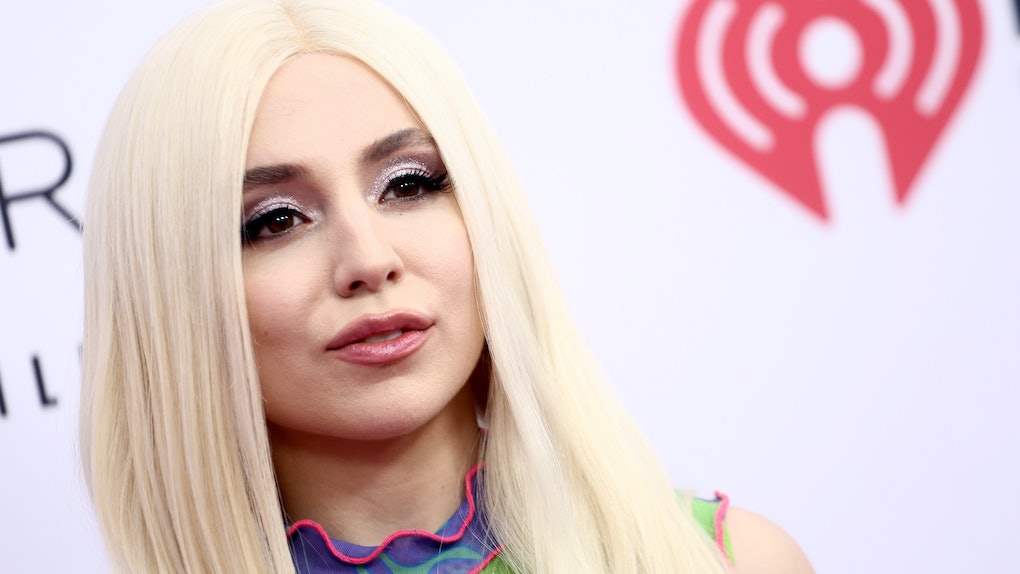 Is Ava Max Single? Signs Point To Yes, Though Her Relationship Status Is Unclear

My current status: Obsessed with Ava Max and her cool asymmetrical haircut. But when it comes to Ava Max's own status, it's a little less clear. Is Ava Max single? Though the singer is close-mouthed about her private life, it doesn't seem as though she's currently dating anyone. And considering that she's up for best new artist at the 2019 Video Music Awards, I imagine that she's prioritizing her career over her dating life at the moment. But that's just speculation, as Ava Max's rep did not respond to Elite Daily's request for comment by the time of publication.

Over the past year, Amanda Ava Koci — or, as she is better known, Ava Max — has sung on David Guetta and Jason Derulo tracks, as well as released singles such as "Salt" and "Not Your Barbie Girl." It wasn't until "Sweet but Psycho" hit airwaves in August 2018, however, that she really gained traction. The music video is reminiscent of Taylor Swift's "Blank Space," where the singer chases down a cheating boyfriend in a pretty, well... theatrical way. The character she plays is obviously disillusioned with love, and it sounds like Ava Max may have had some bad relationship experiences herself, which inspired the song.

TBH, I was not totally thrilled with the song's problematic title at first, but in an interview with Vanity Fair in February 2019, Ava Max explains the impetus behind both the song and the video in a way that makes sense. "It’s all play-pretend," she said of the video. "It’s like, well, guys think we actually are [psycho]. ...It’s all gaslighting. Guys like to gaslight us, and it’s not cool. And it happens so much; it’s happened to me in relationships. It‘s happened to me where I have been cheated on, and I felt so sad and angry, like it wasn’t my fault, but that was because the person was gaslighting me into thinking it was my fault.” So even though she's playing a caricature of a jilted girlfriend in the video, there seems to be some truth behind it.

This isn't the first time Ava Max has alluded to failed past relationships. Back in October 2018, she revealed to Gay Times that "Not Your Barbie Girl" was inspired by the aggravations she faced in the LA dating scene. "...growing up I had a lot of strong females in my life, and also I have been mistreated by some guys too," she said. "Dating in Los Angeles was not fun, and there were a bunch of assh*les who treated me like sh*t." Additionally, while chatting with the hosts of BBC Radio 1's KISS Breakfast show in March 2019, the pop star opened up about how her past relationships inspired "Sweet but Psycho." "This is me in a relationship with every guy because they always call me psycho," she confessed.

Another sign that Ava Max may be single yet not looking to mingle: In May 2019, she posted a funny tweet about getting unwanted attention from her Uber driver. "In my Uber and the guy is really staring at me through the rear view mirror and I CANNOT TAKE IT," she said. "Ew. Leave me be." Now that is a major #mood.

But here's some food for thought: Ava Max's latest single, "Freaking Me Out," has a totally different message from "Sweet but Psycho." In the song, she compares herself to a once-haunted house that is now filled with life, thanks to a new love. "There's a heart now, where there used to be a ghost," she sings. And then there's the chorus: "I'm falling for you, so much so that it's freaking me out." If "Sweet but Psycho" was inspired by her own experiences, could this mean that the singer is now falling for someone?

"Blood, Sweat & Tears," which was released at the same time as "Freaking Me Out," is also about an all-consuming love. In a press statement, Ava Max said, "‘Freaking Me Out’ and ‘Blood, Sweat & Tears’ are two songs I am so excited to finally have out in the world. The first is about realizing that you’re in love with someone to a degree that feels almost beyond your control and the second is about giving all of yourself to someone you love and sticking by their side no matter what." I have no idea whether or not Ava Max had someone in mind when she penned these songs, but I do know that I'll now be on the lookout for any signs of a possible lover in her life.