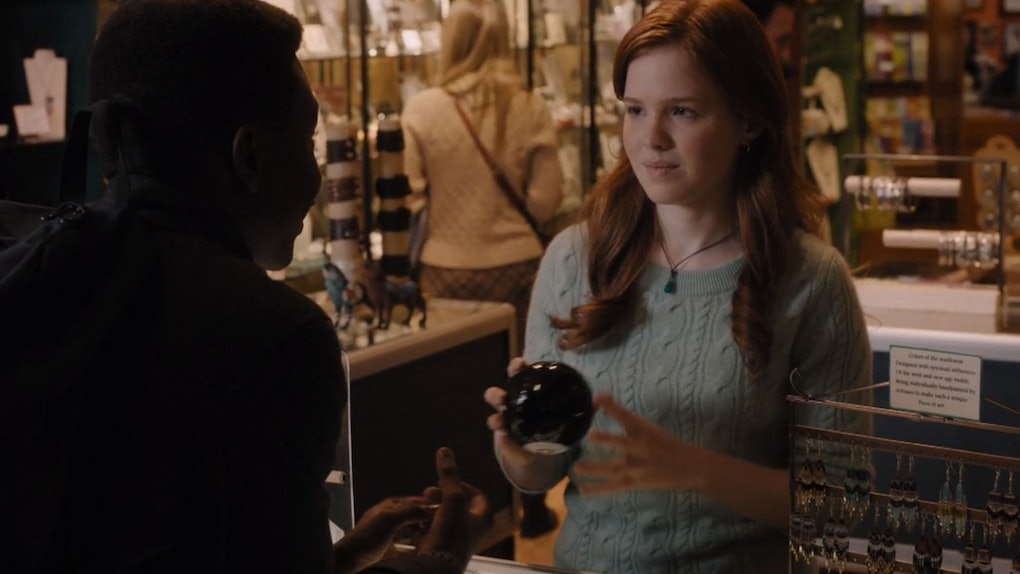 Is Allison Miguel’s Daughter On ‘This Is Us’? Isabel Oliver Marcus Weighs In – EXCLUSIVE

On this past episode of This Is Us, the final puzzle piece fell into place. Since the premiere of Season 2, the show has been building towards the fateful night in 1997 when Jack died. That night there were three things that had currently happened: Kate had a dog. Kevin had a cast on his leg and Randall had...a girlfriend?! You bet he did. This week fan finally met Allison, played by Isabel Oliver Marcus. And she has some thoughts on the fan theories about her. Such as: "Is Allison Miguel’s daughter on This Is Us?"

When Elite Daily had the chance to speak Marcus after the episode aired, she laughed at the idea in delight. After all, turning out to be Miguel's daughter could mean her part would last a good long while.

I thought that was good, that was a really good theory. I almost added that potentially to my backstory.

Not that we've seen the last of Marcus' character Allison after this week. According to her, the character is going to be turning up for a few episodes in a row over the next month. Says Marcus: "She gets to be part of the Pearsons’ life for several more weeks of episodes."

The 17-year-old actress said landing the role on This is Us was a "whirlwind."

I sent in the tape on Thursday, they pinned me on Friday, I flew out on Saturday by myself. Sunday I had an acting class and time to figure out what I was doing. Monday I had a chemistry read with Niles [Fitch, who plays teenage Randall]. Tuesday they gave me the job and Wednesday I was on the Paramount lot. In a week, I went from pajamas in Texas to shooting a national show.

Not only did her life change in the space of a week, but she was then dropped into shooting *that* scene from the premiere, after Jack had passed away and the family is gathered at Miguel's.

My first couple of days on set, they were the emotional scenes because the first episode, their dad just died. I’m coming in here, butting in as 'the girlfriend' and they’re having to cry, so it was a really... It was a deep thing to jump in on. But everyone has been lovely.

Speaking of Jack's death, there's a lot of speculation that now the pieces are in place (and the smoke alarm batteries are not) that his final day could be any time now. Asked about that, Macus could only say "Jack’s death is coming up really, really soon. Like really soon."

But fans shouldn't be worried about how it goes down.

You know, I think it’s going to be satisfying. I’m really proud of this show for not turning it into a mysterious whodunit concept thing. We are telling Jack’s story line, Jack’s death story, and making it as important as it is, but not going to make it such a big hoopla that it takes over the show. I have a whole lot of respect for the way they’re handling that. I think that given it’s been a season and a half in the making... I think everyone is going to be satisfied. And it’s going to make people cry, obviously. But I think it will be exactly what This Is Us is. At the end of the episode you’ll leave thinking “That felt good.”

Of course, the question is, after going through such a deep emotional trauma with her boyfriend, will that draw them closer together? Or will they breakup? Marcus doesn't know her character's fate beyond the next few episodes though.

I know the next three episodes, but past that I don’t have any more information, or how long they’re going to keep me around... Hopefully forever!

At least fans will get to enjoy her arc over the next few weeks. And perhaps make sure we put tissues (and a nine-volt battery for the smoke alarm) on the grocery list ahead of Tuesday.