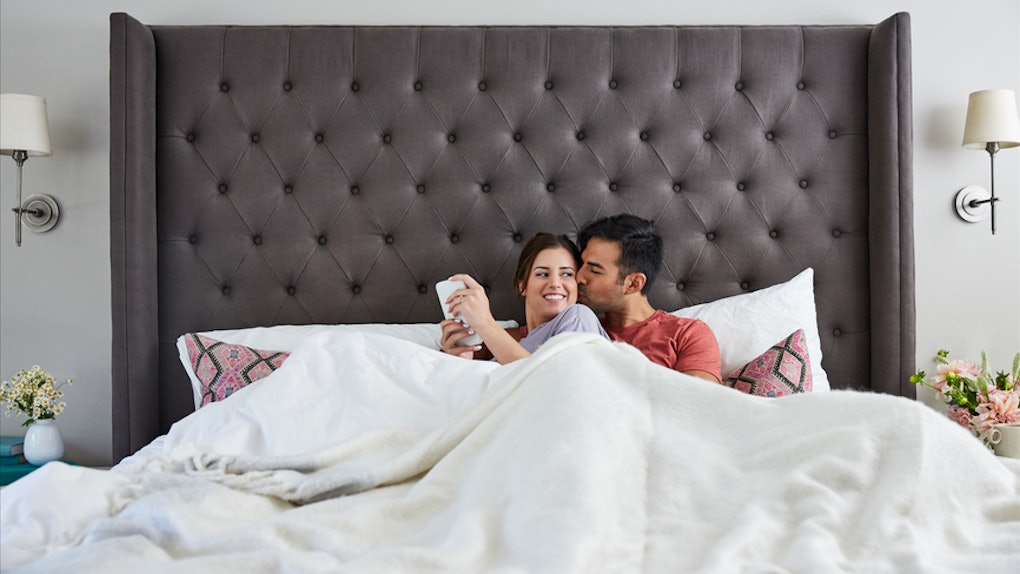 My name's Candice, and I'm a cover hog. I've been a cover hog my whole life. My best friend since childhood and current roommate told me she's still scarred from our first sleepover, when I left her wide awake, shivering with no blankets or sheets on the edge of the bed, while I was wrapped up in my cozy down cocoon. My boyfriend swears that my tendency to hog any and all covers on the bed are what he would like to change most about me. This has always seemed like a hopeless cause... until I saw Ikea's TOG-ether bundle.

I've known my whole life that putting an end to my cover-hogging ways was just simply not an option for me. Even if I make a huge effort while I'm awake, I inevitably start grabbing onto the sheet and twisting in until my bed partner is left completely coverless. But now, I don't even have to make a huge effort anymore. Instead, I can just buy the TOG-ether bundle and sleep however I so please without worrying about leaving my partner shivering all by their lonesome.

What is the TOG-ether bundle, you ask? Allow me to explain. Ikea's new product is a "Swedish sleeping method" designed to put cover hogging to an end once and for all by allowing couples to sleep with two covers rather than one. In a statement to Mashable, the brand wrote, "Ikea is launching the TOG-ether bundle to help Brits sleep the Swedish way — with two single duvets rather than a double."

I mean, how could I even steal your cover if we each had OUR OWN SEPARATE COVERS? It's genius. I'm so mad I wasn't born in Sweden and didn't have the opportunity to live my entire life like this. I can't even imagine a world where every single one of my slumber parties didn't end in guilty feelings and tears because I was this evil, cover-stealing monster. Hindsight 20/20, I guess.

As if the whole "two covers instead of one" thing wasn't amazing enough as it is, the TOG-ether bundle also solves another one of our classic bed-sharing issues: when two people like to sleep in different temperatures. The double set of duvets appease to both the warm-blooded and the cold-blooded sleeper by having each of the single duvets have its own distinct TOG rating. For those of you who aren't bedding aficionados, the TOG rating refers to how warm your covers are. For example, a 15 TOG is extremely warm and perfect for a super cold winter night, while a three is pretty cool and nice for a hot night.

The two duvets included in the TOG-ether bundle have the TOG ratings of 7.5 and 12. The partner who's always complaining about how freezing they are at night can take the 12, while the partner who's begging you to get off them because they're sweating bullets can take the 7.5. Something for everyone!

"Many of us find that not getting a good night’s sleep is becoming a regular occurrence," Carol McSeveny, Ikea UK & Ireland's textiles leader, told Mashable. "This is why we have introduced this traditional Swedish sleep trend of using two single duvets instead of a double, in UK stores for a short period, allowing couples to select a duvet from the bundle that suits them."

Unfortunately for those of us living in the U.S., the TOG-ether bundle isn't available to us, unless we're willing to take a quick vacay to the United Kingdom, where they're available on Jan. 27 and 28 for £40.

BRB, booking my trip to London.