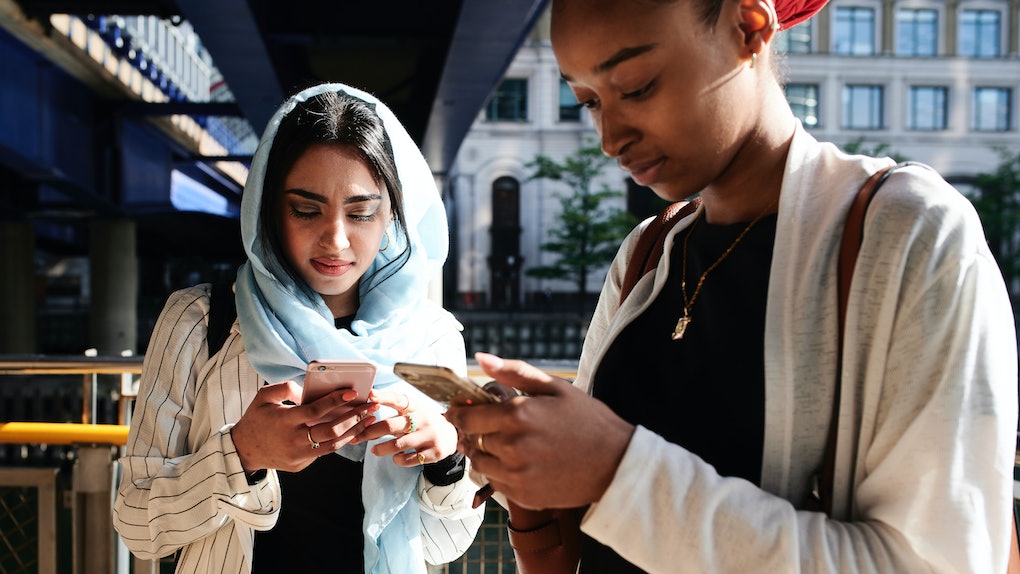 If Your Crush Sends You A Screenshot Of Your Conversation, Here's What It Means

Have you ever felt a tingle of delight upon seeing the name of your crush pop up on your phone screen? And then have you clicked into it, only to discover that it was not, in fact, a romantic request to go bowling this Friday — instead, your crush sends you a screenshot of your conversation with them. This is probably mortifying for them (as someone who has sent screenshots to the wrong party, I can relate), but it's also likely confusing for you. It might not influence your opinion of them, or it might, but either way, you're left wondering what it means if your crush sends you a screenshot of your convo.

You're certainly not alone in this dilemma — according to a 2019 study conducted by Typing.com, 45% of 508 participants, including an equal number of men and women, have accidentally sent a text to the person they were talking about, so it's more common than you'd think. To get the answers on accidental screenshot etiquette, I spoke to a few experts.

First, you should consider who your crush meant to send the text to, and even consider asking them. Since they didn't mean to send the screenshot, they might be more willing to confess who it was meant to go to, as a way of explaining themselves. "If your crush accidentally sends you a screenshot of your convo, you’ve got to wonder who they intended to send it to," Relationship and etiquette expert April Masini tells Elite Daily. "It was either to show a confidante what your banter together is like to get advice. Or to show someone how great you are, and just show off the convo they are having with you."

There are a lot of positive reasons your crush could be sending out your convo, but it's good to know if it's to a BFF or a past partner, for example. If they're sending it to another person they might be romantically interested in, it could mean that they're using your interest to make someone else jealous (of course, this is not necessarily the case, but it has happened to me). Either way, asking your crush who they meant to send the screenshot to can help you get to the bottom of it.

You should also consider the content of the screenshot. Did it come at a moment when you felt like the conversation was vibrant or a little stagnant? If it's a part of the conversation you wouldn't have wanted to send your friends, it could mean they're trying to figure out how to respond to a message. "It may have been meant to be sent to someone to show them what bad banter occurred between the two of you," Masini says. Try not to jump to negative conclusions, though. Even if your crush is confused by the conversation, they might be seeking a friend's advice because they want to respond to it with something flirty, they just don't know how. Looking at the content of the message could give you insight into what your crush is thinking.

Fortunately, your crush sending out a screenshot of your convo could be a very good sign. "They’re taking the time and energy to choose an excerpt and send it," Masini says. "The excerpt has meaning to them, and they want to connect with you by sharing that meaningful snippet of convo. Someone who isn’t interested in you is not going to go this distance to connect." If someone has absolutely no interest in you, they're unlikely to even care about your texts. However, they might be sending them to a friend because they're confused or intrigued, but not positive that they like you. So, you can't assume just from the screenshot that they're interested. However, it could be sign that they could be interested, so you have a good reason to stay hopeful about the flirtation.

Your flirtation doesn't have to end just because your crush accidentally sent you a screenshot of your own convo. They might be embarrassed, but if you're not turned off by it, you can definitely keep talking to them. In fact, them sending you an accidental convo can even put the ball in your court. You can make them feel better about it and possibly push the flirtation forward. "Sending you a screenshot of a snippet of conversation between the two of you is just the beginning," Masini says. "It’s flirtation. It’s your move!" You can let them know that you think it's funny (if you do), and that you've made the same mistake before (if you have — or, even if you just want to tell a little white lie to make them feel better). Either way, don't be afraid to keep the conversation going post-screenshot.

If you receive a screenshot of your own conversation from your crush, you may be surprised — and your crush certainly will be! However, everyone makes mistakes, and it doesn't have to be the end of the flirtation. Your crush is only human (even if you find them perfect in every way), so don't let the screenshot phase you. In fact, if you and your crush do end up together, you may well look back at the interaction and laugh. Either way, it means your crush is taking notice, and you've gotten a great story to tell!