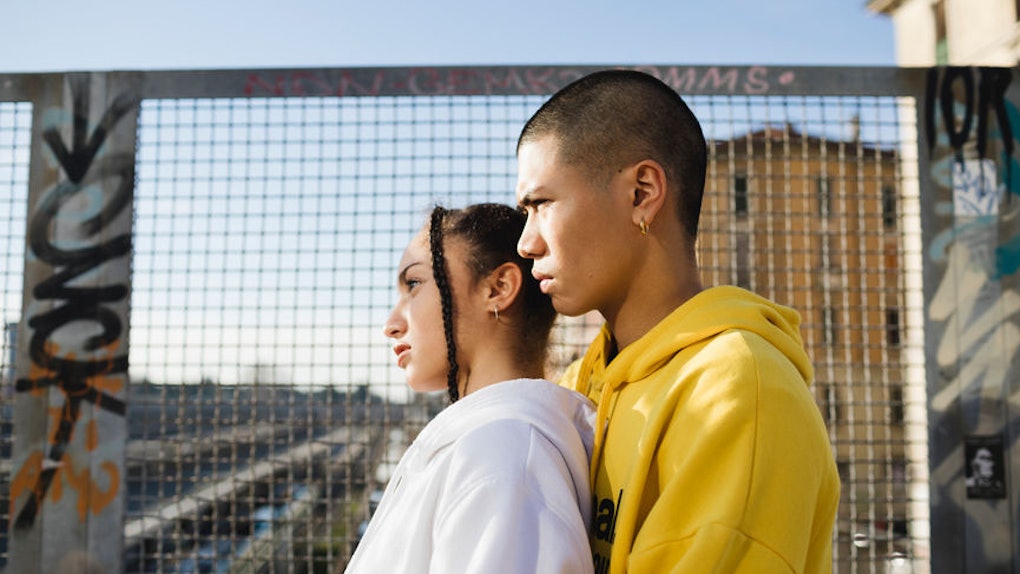 If Your Crush Isn’t Picking Up On Your Signals, Try These 5 Matchmaker-Approved Tactics

There are few things in life more frustrating than having a crush on someone who's just so unaware of your feelings. But, there are some things that be done, short of drunk-texting them or sending another round of risky texts. In fact, if your crush isn't picking up on your signals, then you should try these five matchmaker-approved tactics first, because honestly, sometimes people just need a little push.

The thing is, people can be clueless. And whether you've got a crush on someone, or you're wanting a friend to be something more, or you're just having trouble communicating your feelings, there are solutions to those problems.

But, the thing is, it can be tricky trying to get someone to notice you in a different way, or even to get them to pick up on the signals that you're putting out there. If you're at a bar, for example, and you see someone cute across the room, how can you get their attention? How can you make it obvious that you're interested? What about wanting to turn a friendship into something more? You might think that you're putting out all the right signals, but that doesn't mean you are.

So, check out what these matchmakers had to say about giving off signals, and what to do if yours aren't exactly working.

1. First Of All, There's Nothing Wrong With Some Good, Old-Fashioned Flirting

Listen, in this world of online dating and dating apps, it's kind of gotten a little difficult to remember how to connect in person. But for matchmaker Brooke Wise, of Wise Matchmaking, there's really nothing like some good, classic sexy eyes.

"If you are interested in someone, engage with them and make eye contact," Wise tells Elite Daily. "Good old fashioned flirting, active listening and having a conversation about mutual interests (outside of work and past relationships)," are all ways to engage with someone that can send a good, strong signal. "Truly making a connection is critical, making eye contact, smiling, laughing, making him/her laugh, buying her a drink, asking for her number… these are all ways to show someone you are interested."

So basically, before you get too frustrated that they aren't picking up on your signals, make sure you're sending the right ones.

2. On The Other Hand, There Are Some Not-So-Great Signals You Can Be Sending

While you might not realize it, you could actually be sending some signals that aren't so good, too. According to Wise, "Looking at your phone and not paying attention to someone is a sure-fire way to show that you are not interested."

Even though it can be hard to resist the temptation of checking your phone while you're with someone, Wise insists that if you're doing that, the other person might not realize that you are, in fact, interested.

But maybe you've been as flirty as you can, and you've tried everthing you know to do, and they just aren't picking up on it. At that point, you might need to step a little outside your comfort zone. Matchmaker Stef Safran, Chicago's Introductionista, tells Elite Daily that reaching out to see if the person you're interested in wants to hang out is a good way to step above those little flirty signals.

"Scheduling time, 'hey how about we go to blank,'" she says as a suggestion, continuing, "one-on-one time shows interest." It might be a little scary to initiate a one-on-one hangout, but by being casual and not putting the pressure of calling it a "date," you have a greater chance of enjoying each other's company and hopefully getting your interest across.

4. A Sweet (Consensual) Touch Is Also A Good Idea

You could be complimenting someone constantly, making them laugh, and even sharing a common bond, but that doesn't mean they're picking up on your signals. For Safran, there's still more you can do to make your interest known. "I think one of the things I always say is touching someone on the hand, the shoulders," she explains. "Personal touch makes a big difference. Good eye contact makes a big difference."

Maybe by gently, consensually touching someone on their wrist or shoulder you can get that electricity flowing, and then your signals will have a greater chance of being picked up on.

5. If All Else Fails, Just Talk In Person

Now, if you're feeling like all your signals are being ignored, or just aren't noticed, then Safran suggests talking in person rather than over text or social media.

"Writing a text that says 'hey I like you,' or anything else doesn't bring a point across," she says. "Having a convo in person can help, because you can see a reaction instead of picking apart a text." Basically, the best signals are sent in person, and Safran emphasizes that you can't act like you're on a dating app and only rely on digital interactions all the time. Connections take time, and if you're struggling trying to get someone to pick up on your signals, definitely try these tips out before giving up. Or sending a drunk text, obviously.