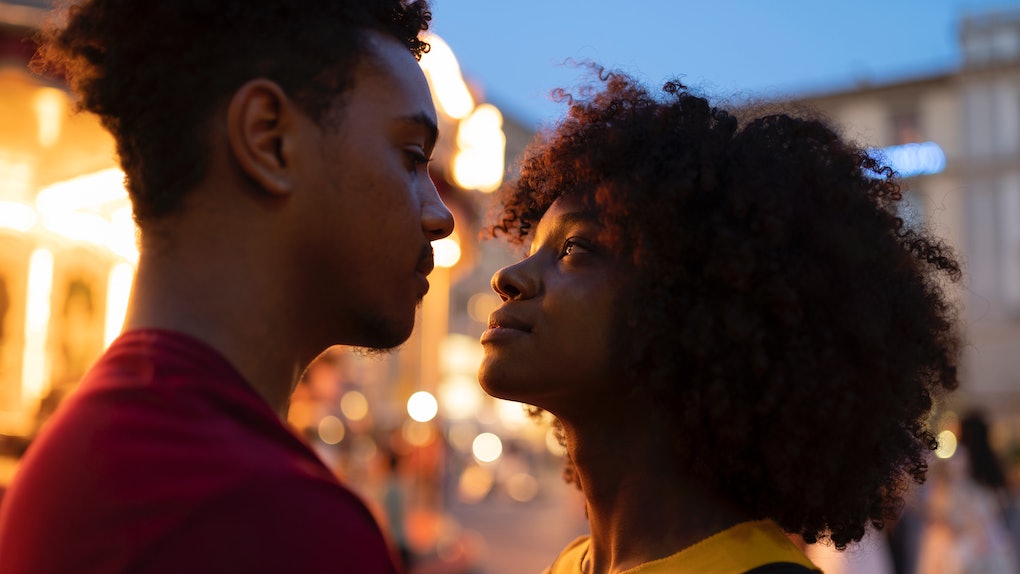 If You Feel Like Your Relationship Is Making You Less Independent, Read This

There's nothing wrong with spending tons of time with your partner. It's OK to ask for their input when you're faced with a big decision, share the burden of certain tasks, and prioritize them in your weekend plans. But if you feel like you're losing sight of who you were before you started dating your partner, and like your relationship is making you less independent, you might want to check in with yourself. Consider making moves to start re-gaining your space and agency. "Because in the end, what's constant is the relationship we have with ourselves," says Lisa Concepcion, a certified life coach and love life strategist.

She says you and your partner should be in an interdependent relationship, which involves "two independent people coming together to form something else, while maintaining their independence." This is different from being in a codependent relationship, where "people become dependent on one another in a needy, unhealthy even controlling way," Concepcion explains. Typically, codependency in romantic relationships looks like one or both partners needing constant reassurance, trying to spark up jealousy or "test" each other, making excuses for the other's bad behavior, and defining themselves by the relationship.

If your relationship sounds like the latter, here's how to start getting your autonomy back.

Prioritize Your Own Goals

"[Maintaining independence] looks like having your own goals — and really juicy ones — that you are fully committed to achieving," Concepcion says. Whether they're personal development goals, career-oriented ones, or travel aspirations, be sure to write them down, vision-board them, and work on seeing them through.

Have Your Own Friends

Remember To Put Yourself First

Prioritizing yourself is crucial. "Have your own self-care routine, such as going to the gym or exercising, reading, journaling, massages, facials, meditation," Concepcion says. "Whatever you like to do to recharge and care for yourself." According to Concepcion, people who struggle with self-esteem and self-worth can tend to be dependent on others and look to them for love, instead of learning to love themselves. That's why self-care is so important. The more you love yourself, the better you are able to love someone else in a healthy, balanced way.

Seek Financial Independence If You Don't Already Have It

"This is a biggie," Concepcion says, explaining that many people can feel like they lose their power when they become financially dependent on their partner. "At times, they'll tolerate toxic treatment such as manipulation — even emotional or physical abuse — so as not to sacrifice a lifestyle. Without their partner, they believe they would be broke and broken." If this sounds familiar, open a bank account and find a job that will allow you to start putting small amounts into it every month. Take steps to build a life for yourself that you know you can afford on your own.

"When you stand firm in your 'no,' your 'yes' carries more weight," Concepcion says. Yes, compromise is important, but so is loving and protecting yourself, which is what boundary-setting is in practice. If creating boundaries doesn't come easily for you, Concepcion recommends working on self-love. (A concrete way to do this, of course, is to nail down your self-care routine, as previously suggested.)

"Before someone can even create boundaries, they have to learn to honor and love themselves," she adds. "When a person loves and honors themselves, then boundaries and standards come naturally. They also know how to communicate what their boundaries are."

Remember Why Independence Is So Important

Ideally, your partner should be supportive of your independence. But if you ever feel like they question you having your own goals, friends, self-care routine, or boundaries, ask them where that's coming from and what their idea of a healthy relationship is. "If you're not on the same page with key values about the kind of relationship you want, then be ready to decide if perhaps it isn't the right relationship for you," Concepcion says. Because, at the end of the day, it's crucial to preserve and nurture your most important relationship — the one you have with yourself.