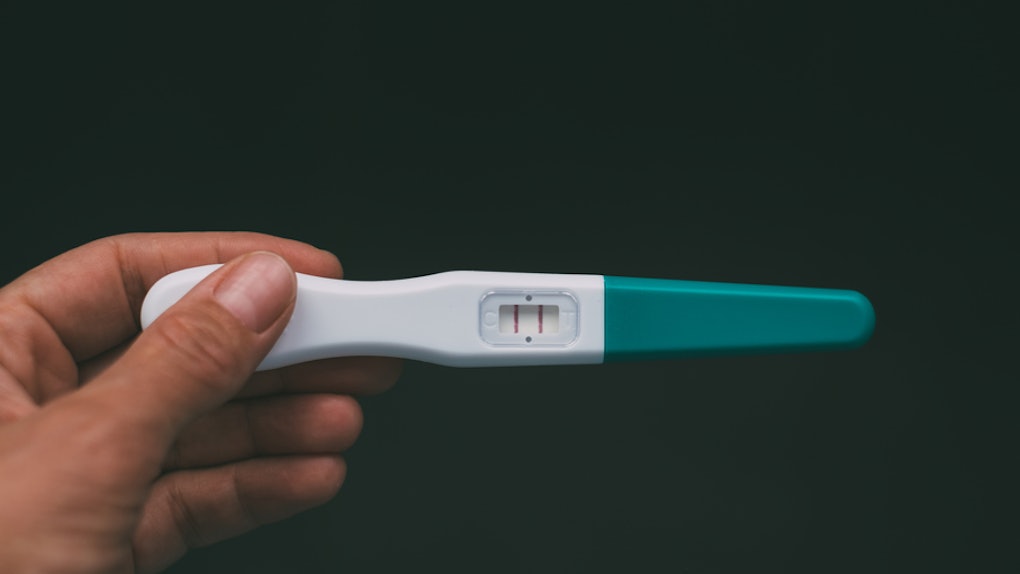 Telling your partner you’re pregnant on April Fool’s Day is about as groundbreaking as florals for spring. It’s so gauche you deserve to get dumped afterwards — if not for the lack of respect, then of creativity.

As a kid, four different people told me the word “gullible” wasn’t in the dictionary. Each time, I scurried off to the nearest dictionary to verify their claims.

You can imagine, then, how little I identified with my friends — or rather, “friends” — who seemed to have possessed that sadomasochistic gene for playing April Fool’s Day pranks. Some of these friends include my husband, who takes any opportunity to change my phone background to a horrid photo of his face, eight chins and all. Just in case I, you know, forget what he looks like. While it isn’t the end of the world, I can’t leave my phone unattended.

He has this idea that no matter how annoying he is, I’ll always love him. While that is true, a part of me wondered what it would feel like to give him a taste of his own medicine.

While we have spoken about babies before (like, rule number one: We should definitely be more financially stable before we even think about it, and rule number two: They only get cell phones when they’re 40), it still felt very abstract, like a game of make-believe. But I wanted to change that. I wondered how he would react to a fake pregnancy announcement. And what great timing: If you’re a total *sshole like me and would rather thrust someone into a fabricated scenario they definitely didn’t sign up for than actually have a mature conversation, boy, do I have a holiday for you. (It didn’t hurt that it was his actual birthday, too.)

Here’s how it went down.

I couldn’t just yell “Surprise!” on the day of and expect him to roll with it. I had to groom him — plant a seed. On a car ride in early March, I stared at the road while telling him I felt my intrauterine device (IUD) was out of place and probably not working as contraception. That part was true, but adding that I had cramps (a symptom of early pregnancy) wasn’t. Lying felt sh*tty, but my track record had been squeaky clean thus far. I could always repent on Yom Kippur.

“Okay, so go to the gyno,” he said. “Start taking this stuff seriously.”

The following week, my gyno performed a quick manual exam and told me all was kosher down there. The IUD felt lower than usual, but she ascertained that menstrual cycle changes can effect IUD placement, or maybe I just had a large uterus (so hot). Still, I had the nagging feeling something wasn’t right, for real. I’ve had a few nightmare experiences with gynos before who didn’t know what they were talking about, so I’ve been extra cautious about taking my health into my hands.

Out of curiosity, I asked the nurse about my options for checking if I was pregnant. She told me I had the option of providing a urine sample or getting a blood test at the hospital. I opted against both because I wanted to check for pregnancy on April Fool’s Day. If I was currently pregnant, what’s a few extra weeks? Feeling sassy and very in control of my body, I told her, “Nah, I’ll just pee on a stick later.” I sauntered out of the waiting room how I thought a strong female lead character in a Netflix special would.

Two weeks later, April Fool’s Day was approaching. I thought there may have been a 5 percent chance I was pregnant. I bought the pregnancy test at the drugstore, where I brought the unnecessarily bright pink carton to the cash register the way nervous teens buy condoms for the first time. My shame stemmed not from taking the test itself, but from lying to my sweet husband.

I peed on the stick and then had a whole two minutes to agonize over the results. If the test came back positive, I would have gotten an abortion without giving it a second thought. It’s as easy to get an abortion in Canada where I live as it is to get guns in the United States. Finally, one blue line appeared on the stick. “Perfect,” I thought. “There’s no way he pays attention to those pregnancy test commercials. If I show him that one blue line with a pained look on my face, he’ll definitely follow my lead and start to freak out, too.”

Lest one of our two cats tamper with the results, read: lick my pee, I hid the stick until we returned home from his birthday dinner at his parents’ house. Did I mention it was Passover and his birthday? The whole evening, I shook nervously as I doled out matzah ball soup and kosher-for-Passover cake. He had been more affectionate than usual that night, making me feel even guiltier for what was about to come. Had he stolen my phone when I wasn’t looking or trolled me in some other irritating way, we could have called it even.

When we got home, I grabbed the stick and placed it behind my back. My heart beat boxed a bad rap song in my chest. I glanced at myself in the living room mirror as I walked toward him just to see what he would see: Trembling lips and furrowed brows. I was paler than a matzah ball.

“Adam, there’s something I’ve been meaning to tell you but I didn’t want to ruin your birthday dinner,” I said.

“I’m pregnant,” I said, waving the stick as proof.

“Oh, sweetheart, come here. Come give me a hug,” he said.

I ran towards him, burying my head in his chest. I wrapped my arms around his waist while I heaved and wailed into him. There were no actual tears coming out of my eyes, but my crying sounds were Academy Award-winning.

“I don’t know how this happened,” I said. “I was so diligent. I got my IUD checked. We were careful. Why is this happening to me?”

He rubbed my shoulders and kissed the top of my head. He said and did all the right things. He looked concerned, but confident that we would get through this together, like we do every roadblock we encounter.

“But what are we going to do with it?” I asked.

“Well, sweetie, I can’t tell you what to do with your body. We’ll do whatever you want to do,” he said.

I always knew he was a “feminist,” or whatever you want to call it. But through that comment, I learned a lot more than what I had bargained for. It meant so much to hear my agency was his priority despite being in no position to have kids right now, financially or otherwise. I know, I know, I’m giving my husband far too much credit for demonstrating basic human decency. But I’m constantly bombarded with stories of women who never get the luxury of choice, whether over their bodies or careers. I got lucky. I always knew Adam would support my decisions, but this was proof.

I looked up at him, savoring his compassion for a few more moments.

“Adam, there’s something I should tell you.”

“That’s it. I’m leaving,” he said, unlocking the front door.

My heart stopped. I wouldn’t have done it had I anticipated I’d hurt him in any way. In our short 10-month marriage we’ve, as the kids say, seen some sh*t. A prank was the least of our worries.

“I cannot believe you right now,” he said, his voice muffled with his head buried in his hands.

When he emerged from his ball of shame for so easily falling for my prank, his face was bright red and beaming. He was cackling with embarrassment but seemed proud, impressed. His hands were placed above his chest and his carotid artery as he tracked his elevated heart rate. I beat him at his own game, but my heart sank. He repeated “I can’t believe you” several times.

This prank was far from my shining moment. Pregnancy jokes aren't always looked upon fondly — many people found Bachelor star Arie Luyendyk, Jr.'s fake April Fool's Day pregnancy announcement pretty tasteless. The reality is that so many women struggle with fertility (more than 6 percent of married American women ages 15–44 are infertile, according to the Centers for Disease Control). I probably won’t be laughing if I ever find out one day I am one of them. And in abusing Adam's trust, I’ll now be the girl who cried wolf next time I’m actually in a pickle.

He continued to hurl profanities at me in the most loving way possible. I deserved every name in the book. Pranks are the Crocs of humor and my husband deserves better than that. Given his kindness and sensitivity when I delivered the news, I might actually take him up on his offer to carry a child sooner than planned.

This article was originally published on April 2, 2018