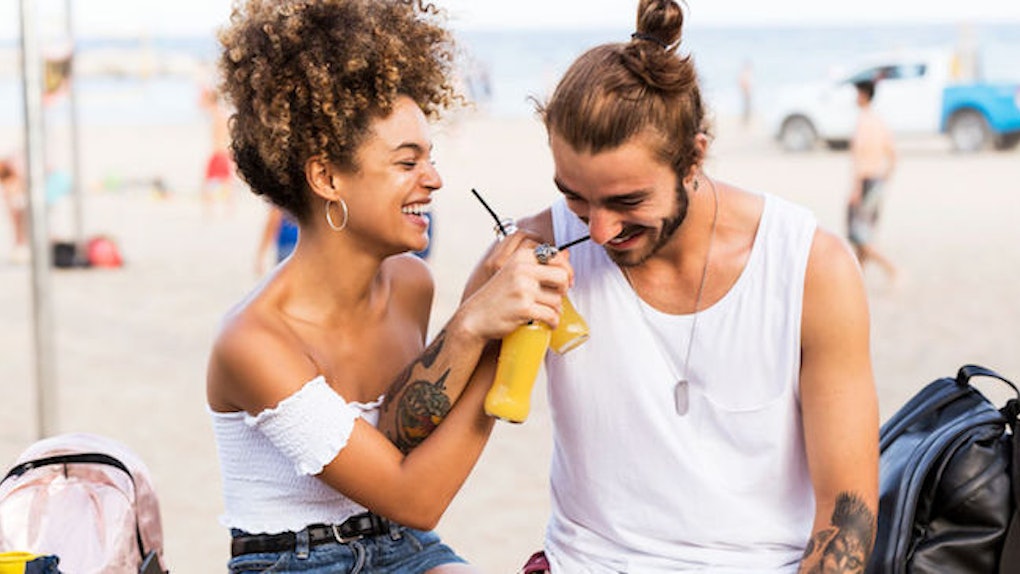 How To Set Up Your Friends On An Amazing Date, According To A Matchmaker

Setting friends up sounds like a blast: You bring two people together who may not have found each other, and if they get married, you get all the credit. (And in Judaism, if you set up three married couples, you allegedly go to heaven.) And for people who prefer meeting in-person to swiping on apps, or those who are too shy to initiate something with someone, an old-fashioned setup can be the way to go. Now how to set up your friends? Well, I spoke to Alessandra Conti, matchmaker at Matchmakers In The City, on how to properly handle setting up two friends.

Since it's unlikely that you're already a professional matchmaker like Conti, you have to consider how you go about bringing it up – that is, if your friend doesn’t ask you to set them up first.

“The best way is to either bring it up at a brunch, party, or in person and be direct,” Conti tells Elite Daily. “You can say something along the lines of, ‘I was with one of my [friends] the other day, and I think that you would absolutely love [them]!" Offer some characteristics about the person and why you think the two of them could work. Say that you'd love to "play matchmaker" and set the two of them up.

If they do know the person you’re trying to set them up with (and the other person agrees to this), Conti suggests saying something like, “I caught [insert friend’s name here] staring at you the other day … I feel like [they] think you’re cute! Do you want me to play matchmaker?” Conti says this gives the right amount of “nudge” they may need to pursue that person they already know.

Now, if your friend agrees to be set up, be sure to consider their priorities. If they like to go out every night, they probably won't be fully compatible with a homebody. If they're allergic to cats, don't set them up with someone who is obsessed with theirs.

“When you are setting a friend up, the three big questions to ask are: Do they want to get married? Do they want to have children? And is religion a big deal?" Conti says. “Without knowing the answers to these questions, even if two people are perfectly compatible personality-wise, the relationship will end up going nowhere, or cause the pair heartache!”

Conti says only offer to set up a friend with someone you know who you can really stand behind. Don’t make any false promises like you’re sure the other person will fall deeply and madly in love with them, but assure your friend that the other person is rock-solid. Also, now would be the time to mention any common interests the two have: favorite books, applying makeup, going to SoulCycle, hiking, or whatever else they both love.

Furthermore, don’t desperately try to make a setup happen that really just isn’t in the cards.

"The only way that a match is going to work is if both parties actually want to be matchmade,” Conti says. "If you have to beg a [person] to go on a date with your [friend] because you just know that they would be an amazing match, but the [other person] just isn't looking for a relationship right now, the date will feel awkward and unbalanced, and ultimately, you will be the one to blame."

Once both parties are interested, and it looks like the date is going to happen, it's time to arrange the logistics. Text a picture or two so each person can recognize the other on the date, but don’t give up their entire Instagram feed for stalking purposes — the photos could be misleading.

"With the rising popularity of FaceTune and Photoshopping apps, everyone has the ability to edit and filter their photos to a point where [they] can be unrecognizable,” Conti says. “If you show a friend an amazing photo of a man or woman when they are all dolled-up or Photoshopped, and then they meet the person in real life and they don't live up to the photo's hype, they will feel as though you deceived them, even though you were just trying to do a good deed."

Remember who your friend is usually physically attracted to as well — you don't want to set them up with someone who is blatantly not who they usually go for.

Basically, when setting up your friend, keep in mind their long-term dating goals, must-have preferences, and don’t give too much away about the other person. Who knows? Maybe you’ll be so successful, you’ll have to start your own matchmaking business.