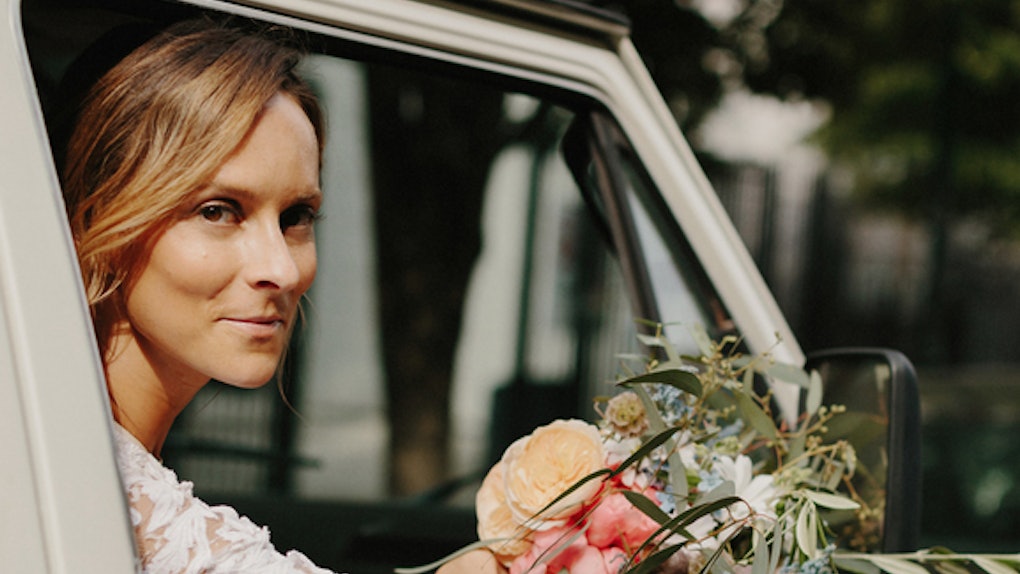 How To Know You'll Be With Someone Forever, According To Real Women

When it comes to relationships, there are a few milestones people are always going on about. There's the moment a couple says "I love you" for the first time. There's the moment a couple gets engaged, and the moment they get married. But I think there's another subtle milestone we're quick to forget: the moment we just know we're meant to be with someone forever. For some people, it's one definitive moment. For others, it's shift in feelings. And for a few people, it's something instantaneous that happens the moment they meet someone. If you're wondering how to know if you'll be with someone forever, these women responded to a Reddit thread, offering up their own examples of the moments they knew their partners were their forever person.

Read along with these sweet anecdotes and see if you can relate.

A year and a half ago I was traveling in Europe with friends. My SO was at home in the states taking care of life and such. I was at a castle, the view was amazing, and I thought to myself "I wish my husband was here with me to experience it."

I never thought I would use that term and knew right then that I wanted to marry him. We are getting married in June.

You could talk to them forever.

This sounds so dumb but on our first date. We stayed at the restaurant, talking until they closed. Then went outside and talked and talked and all the sudden it was like 2am and we'd just been shooting the breeze that whole time (7 hours). I knew then that I needed him in my life forever. That was almost 4 years ago and we're still together

You can count on them through thick and thin.

I had a rough second half of 2017 and my SO was there for me, meeting every one of my needs with grace and aplomb. I knew I wanted to marry him on December 10th, proposed December 11th, and we're getting married on Jan 12th

They understand you fully.

When she accidentally triggered my PTSD without knowing and instead of shaming me or whatever, she hugged me and refused to let go until I felt better

It really made me feel safe and helped a lot

There's been a lot of things that make me want her forever, but that was the latest in my mind :)

You want them to be your lifelong dance partner.

At the first wedding we attended together, 6 months after we started dating. The couple was doing their first dance to “Your Song” by Elton John when I knew I wanted him to be my dance partner for the rest of my life. 5 years later, we chose that same song for our first dance at our wedding.

Your mood toward them gradually shifts.

I can't pinpoint a single moment. It wasn't a specific event or anything but more of like a mood shift. I remember I used to think about whether I loved him and could see myself with him long-term; in the first few months, the answer was 'I'm not sure'. But one day, sometime around 7 or 8 months into the relationship, I found myself thinking about it and the answer shifted to 'Yes, I'm certain'. I don't know what brought it on, what changed, what events happened that led up to that. I believe it was a combination of things, from personally working on my insecurities to just spending more time together. To seeing how he was in certain new situations, to working together on things, to going away together.

After that, there were just more and more moments that made me feel so happy or safe or content or completely free to be myself and just overwhelmed with love. They've all added to a solid deep understanding that I want to be with my SO forever.

They make you feel totally safe.

We were friends for quite a while before we started dating, so our relationship progressed quickly once it started heading in that direction. Before we were official, he took me to a "dead" shopping mall by his house at night. There was an arcade inside that was still in business, and as we were walking through the dark, quiet, abandoned mall, I realized that I wasn't creeped out at all because he was there. I felt 100% safe with him holding my hand. I had never felt that before with anyone else. When we got to the arcade, we saw one of his friends and he introduced me as his girlfriend for the first time, and that was it. I knew I trusted him and wanted him to be with me forever.

You feel happier than you've ever felt before.

When my mom told me that she sees me wearing the happiness my SO brings me, and how much joy it brings her. She says he makes me the kind of happy I was when I was a kid. I struggled with depression from age 13-18, so hearing that really stayed with me.

They clean up after your messes.

He cleared the (mostly mine) hair from my shower drain.

Maybe the moment you know you're with your forever person will look nothing like any of the moments these women had, but the point is that one day you will have a moment where you just know — and it will be absolutely glorious.

More like this
Zac Clark & Tayshia Adams Are Wedding Planning & I’m So Pumped
By Lydia Wang
When Are Ariana Grande & Dalton Gomez Getting Married? Here's The Reported Tea
By Corinne Sullivan
Here's Why Someone Cheats On Their Partner, Based On Their Zodiac Sign
By Danielle Sinay
Stay up to date