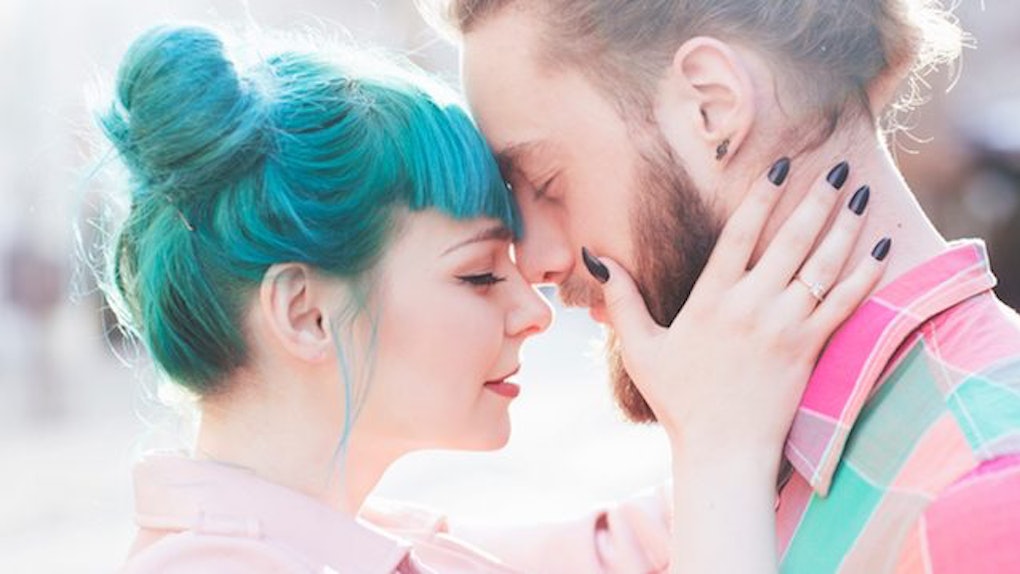 Women Share Times They Said 'I Love You' First

I knew I loved my boyfriend for a couple weeks before he told me he loved me.

Yes, I could've just said it out loud like a normal human, but I'd rather throw up in tin foil and eat it, then spit that tin foil with throw up out onto the dirty ground of a frat basement, then pick it up and eat it again (this time swallowing it) than be the one to initiate a vulnerable conversation. (Really mature, I KNOW.)

So I left the ball in his court.

We were joking around in my room and we had one of those moments where it suddenly got quiet but it was OK that it was quiet (you know what I mean), and he asked me what I was thinking about.

I was thinking about how much I loved him, BUT obviously, I went with the super smooth response of, "Nothing."

He cracked a smile and challenged me. "Nothing? You're literally thinking about nothing right now?"

I was really on a roll with the eloquent responses, so I went with, "Yeah."

He laughed and said, "Well, OK. I was just thinking I'm in love with you."

Don't worry, guys. I didn't mess it up from there. I did manage to muster up an "I love you, too." And now we say it all the time and life is dandy.

But, honestly, I can't help but be a little annoyed at myself for this dumb REFUSAL to say it first. I should've told him I loved him the moment I knew it.

If I had some stories about other women saying it first and living to tell the tale, I think I would have felt confident enough to say it first myself.

I collected a series of stories of women saying "I love you" first that will give you the courage to buck up and say it.

She just blurted it out.

She couldn't hold it in any longer.

She said it a bunch of times before he said it back.

She waited until she was comfortable.

She told him on their second date!

She accidentally blurted it out.

She couldn't hold it in when she got some liquor in her.

Did you read that ladies?! GO FORTH AND LOVE YOUR MEN OPENLY AND FREELY. Girl power!